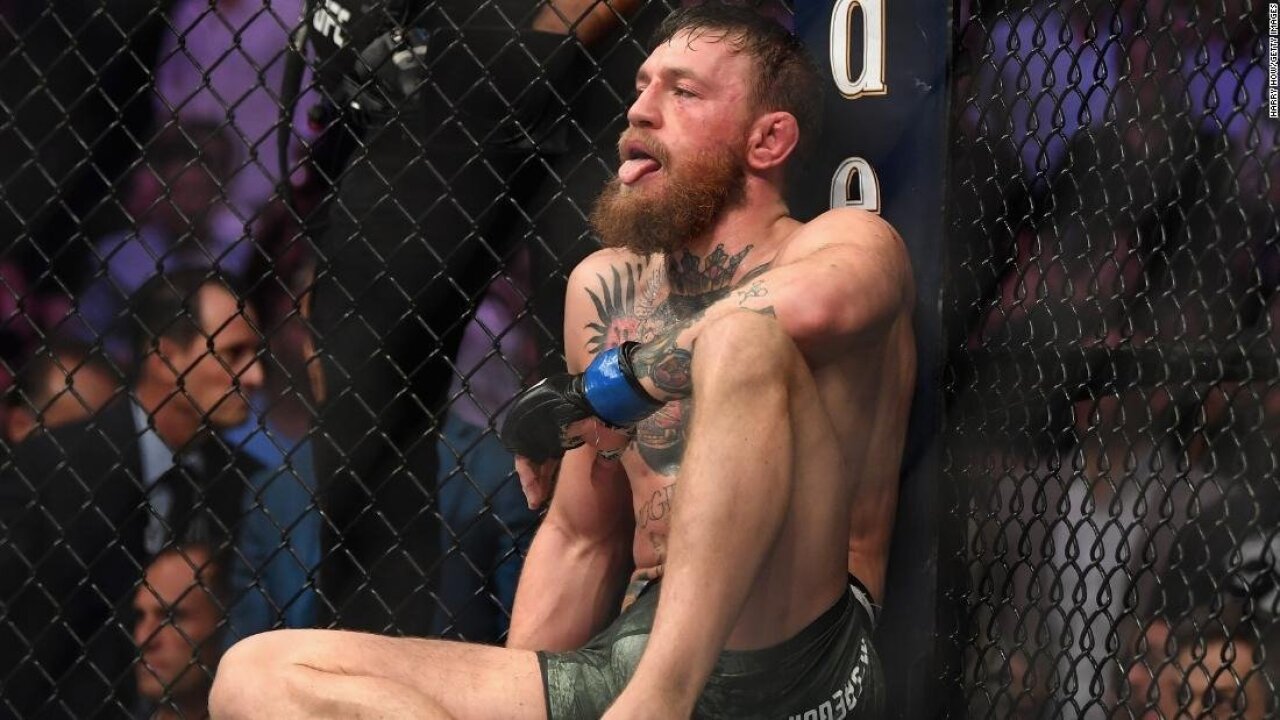 Mixed martial arts fighter Conor McGregor has announced his retirement from the sport, posting the news on Twitter.

Mixed martial arts fighter Conor McGregor has announced his retirement from the sport, posting the news on Twitter.

“I wish all my old colleagues well going forward in competition. I now join my former partners on this venture, already in retirement. Proper Pina Coladas on me fellas!”

The controversial Irish fighter, whose nickname is “The Notorious,” is currently ranked 8th on the Ultimate Fighting Championship (UFC) pound-for-pound list. He leaves the sport with a 21-4-0 record, and UFC belts in two divisions.

McGregor’s announcement comes just hours after an interview aired on “The Tonight Show” with Jimmy Fallon in which the fighter claimed he was in negotiations for an upcoming fight.

McGregor, told Fallon, “My next fight, we’re in talks for July. We’ll see what happens. A lot of politics going on. The fight game is a mad game but as I said again, to my fans I am in shape and I am ready.”

“He has the money to retire and his whiskey is killin’ it,” said White, referring to McGregor’s new business venture after the fighter linked upwith Eire Born Spirits to launch a whiskey brand, Proper No. Twelve.

It totally makes sense,’ added White. “If I was him I would retire too. He’s retiring from fighting. Not from working. The Whiskey will keep him busy and I’m sure he has other things he’s working on.

“He has been so fun to watch!!! He has accomplished incredible things in this sport. I am so happy for him and I look forward to seeing him be as successful outside of the octagon as he was in it.”

Second time’s a charm?
This isn’t the first time McGregor has tweeted his retirement. In 2016, he tweeted “I have decided to retire young. Thanks for the cheese. Catch ya’s later.”

CNN has reached out to McGregor and the UFC for comment on the announcement.

Turbulent year
Earlier this month McGregor — whose mother famously described as being “born with his fists clenched” — was arrested on charges of felony strong-armed robbery and criminal mischief following an altercation with a photo-seeking fan.

The fan and McGregor were leaving the Fontainebleau Miami Beach hotel, when the fan tried to take a picture with the fighter with a cell phone, according to a police report. McGregor then slapped the phone out of the fan’s hand and stomped on the phone several times.

Last April, McGregor was charged with assault, attempted assault and criminal mischief after he and others allegedly attacked a bus carrying UFC fighters at the Barclays Center in Brooklyn.

The incident left at least two athletes injured and unable to fight at the UFC 223 event two nights later.

McGregor’s last fight ended with a fourth round loss to Russian fighter Khabib Nurmagomedov, a bout that was marred by ugly scenes following his defeat.

Both fighters received bans after a post-fight brawl erupted — the Irishman was handed a six-month suspension and fined $50,000, while his opponent was banned for nine months and fined $500,000 by the Nevada Athletic Commission.

Storied career
The Dubliner, a former trainee plumber, is widely considered one of the greatest fighters to grace the UFC.

He also transcended disciplines, trading the MMA octagon for the boxing ring, taking on the legendary fighter Floyd Mayweather. He lost that bout, but gave the boxer a run for his money that few had expected.

The UFC star was beaten in the 10th round, going further than many had expected against a fighter who notched up his 50th victory to take his record to 50-0.

“It’s just in me. I cannot stop thinking about it. Certain sequences, certain movements, certain ways to prepare. It’s a 24/7 mindset. That mindset has got me to where I am today.”

McGregor attributes much of his success to his background and upbringing, but also to the fierce bond he feels with his family name.

“At one stage, it was punishable by death to have the surname McGregor. It’s in my blood to fight — and that’s it. It’s what my ancestors have been doing long before me,” he added.

“The Notorious” suffered the indignity of being stripped of his featherweight and lightweight belts — ending his reign as the only fighter to simultaneously hold two UFC titles — due to his decision to focus on the Mayweather boxing match.

The talk was fueled by a cheeky comment from wrestler and fellow Irishman Finn Balor, who posted “See you at Wrestlemania” in reference to the upcoming WWE flagship event on April 7.

Balor, who often posts cryptic comments in jest on social media, is in action against former mixed martial artist Bobby Lashley at Wrestlemania, which would give McGregor the perfect introduction to the company — even if it was as a one-off special guest.

The wrestling giants have a history of poaching top talent from MMA, as they’ve successfully done with Rousey, Lashley and reigning Universal champion Brock Lesnar — who would also represent a tantalizing opponent for McGregor to launch a surprise attack on.

Boxer Mike Tyson played a starring guest role at Wrestlemania 14 back in 1998, so it’s not inconceivable that McGregor could be lined up for a similar high-impact cameo should the offer be right.