Donovan Mitchell attends unveiling of mural honoring him at The Gateway 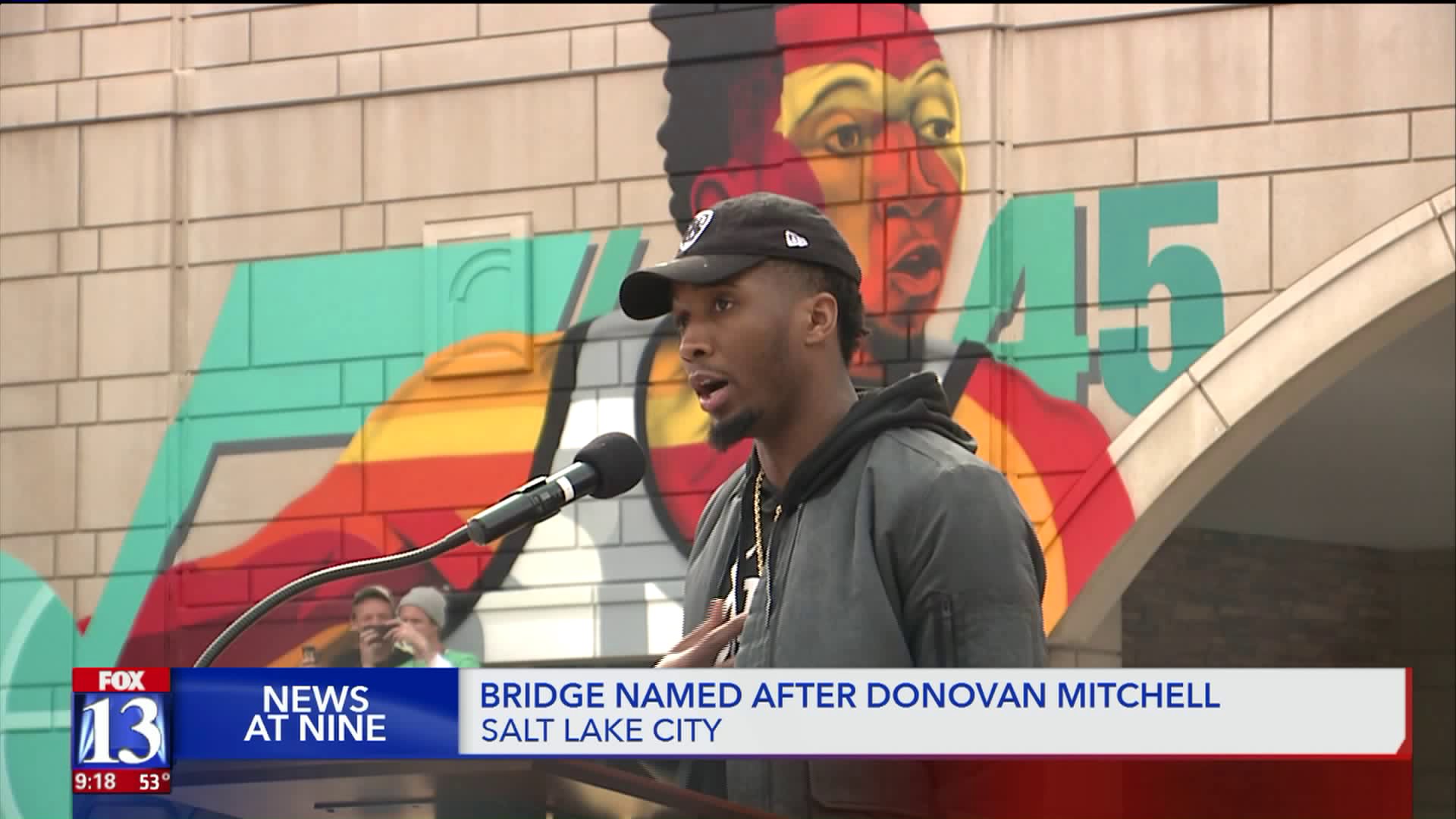 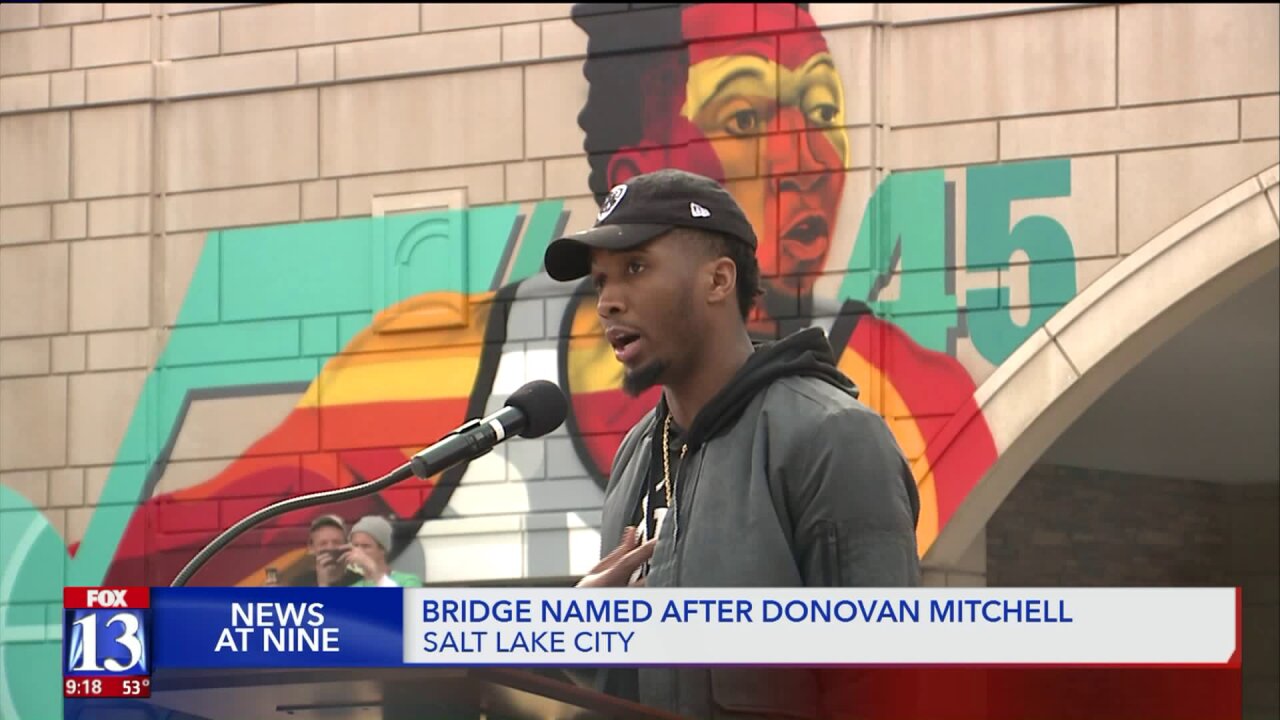 SALT LAKE CITY — There is a new way to cheer on one of Utah’s favorites. On Tuesday, a unique graffiti-style mural of Utah Jazz star Donovan Mitchell was unveiled on a bridge at The Gateway in Salt Lake City.

Hundreds showed up as Mitchell got his first glimpse at the bridge, at 100 South and 500 West, which was dedicated in Mitchell's honor.

The mural was painted by Jared Ander Smith and Chuck Landvatter in just five days, and it's only a short walk away for fans to see when they go watch Mitchell play at the Vivint Smart Home arena.

“This is incredible to have a bridge dedicated in my honor knowing where I came from I didn't expect to be in the NBA let alone win the dunk contest let alone be where we are today in our playoff position and have a bridge named after me I still can't comprehend it,” Mitchell said.