BYU basketball coach announces he is stepping down 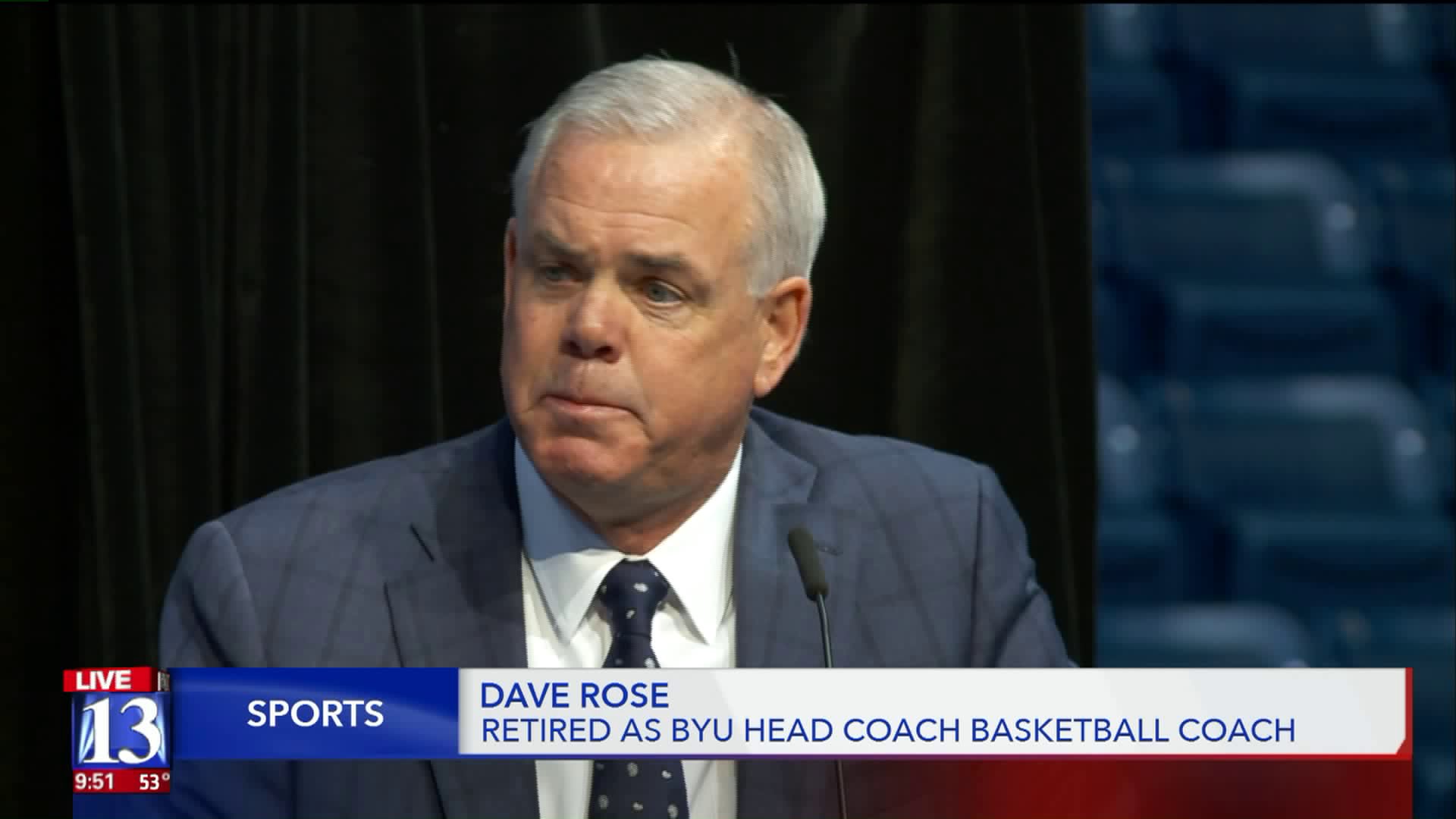 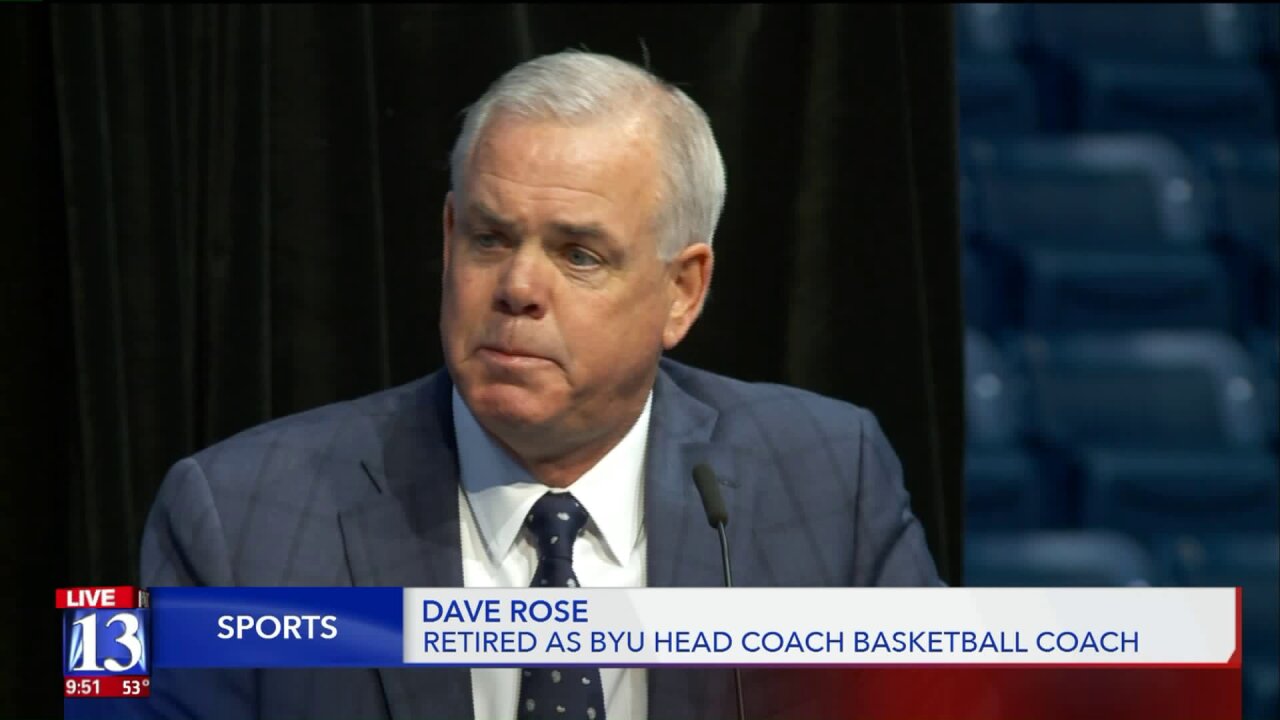 PROVO, Utah -- Dave Rose is marking the end of his tenure as the head coach of Brigham Young University's men's basketball team.

"Thirty-six years, thirty-six years I’ve been doing this," Rose said at a press conference today on the Marriott Center floor where he announced his retirement. "Twenty-two at BYU, 14 as the head coach. And today’s the day I’m going to retire. I’ve had a chance to talk with the players and encourage them to move forward and tackle the challenge that’s at hand. But most of all, I’ve had a chance to reflect with my family how lucky I’ve been. I’m 61-years old, I still haven’t worked a day in my life. I’ve gotten to play, play with so many great players, coached so many great players, so many great teams. That’s probably what I’ll miss the most. I’ll miss the most when we get to the end of June and it’s time to start summer semester and the team moves on and I’ll be on another team. I’ll be on a team with my wife, with Cheryl, with our grandkids, and we’ll make that just as good as we made this."

Rose signed a one-year extension with the team last year. That contract was supposed to last through the 2020-2021 season.

Visit the Salt Lake Tribune for more on this story.