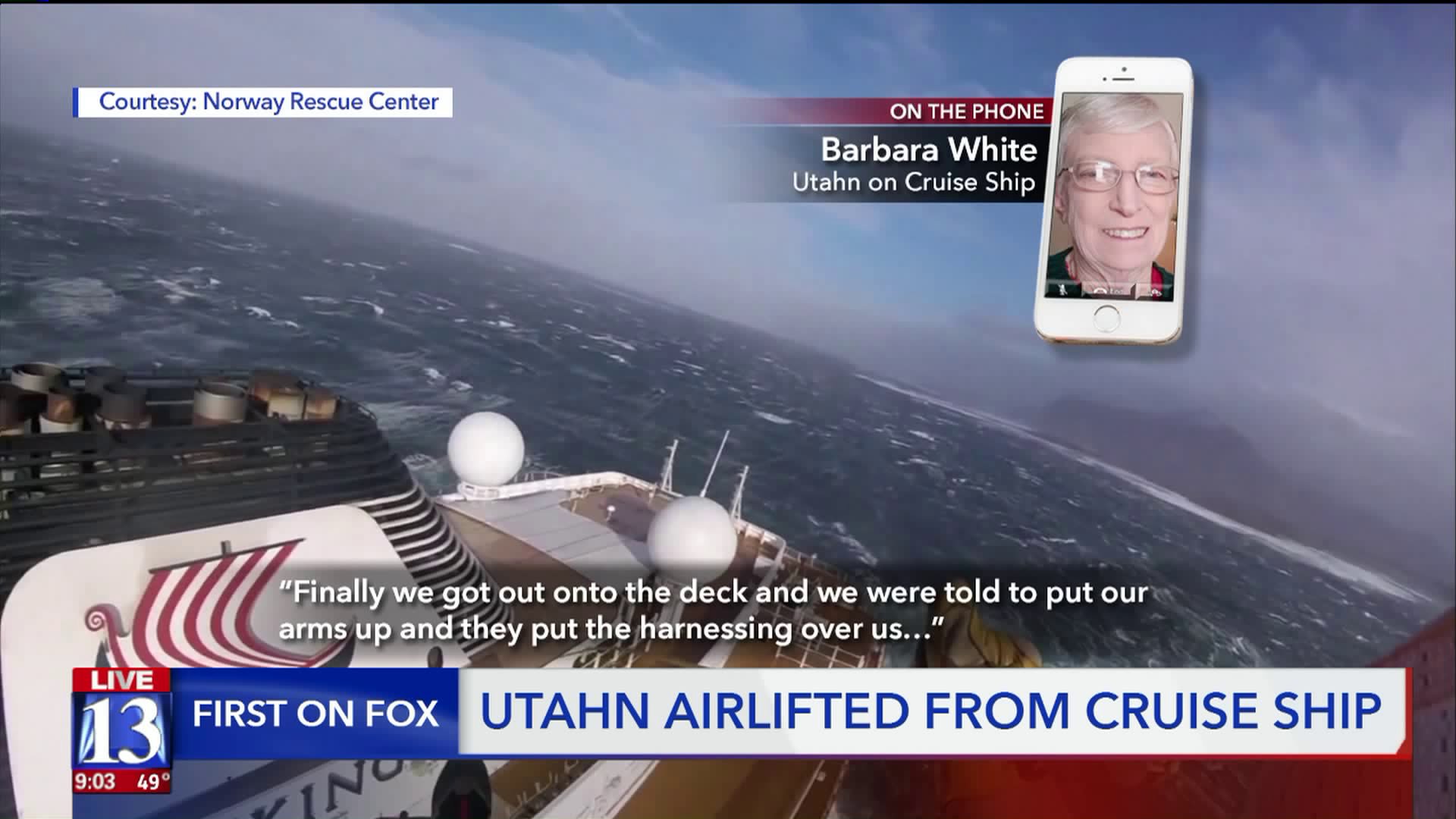 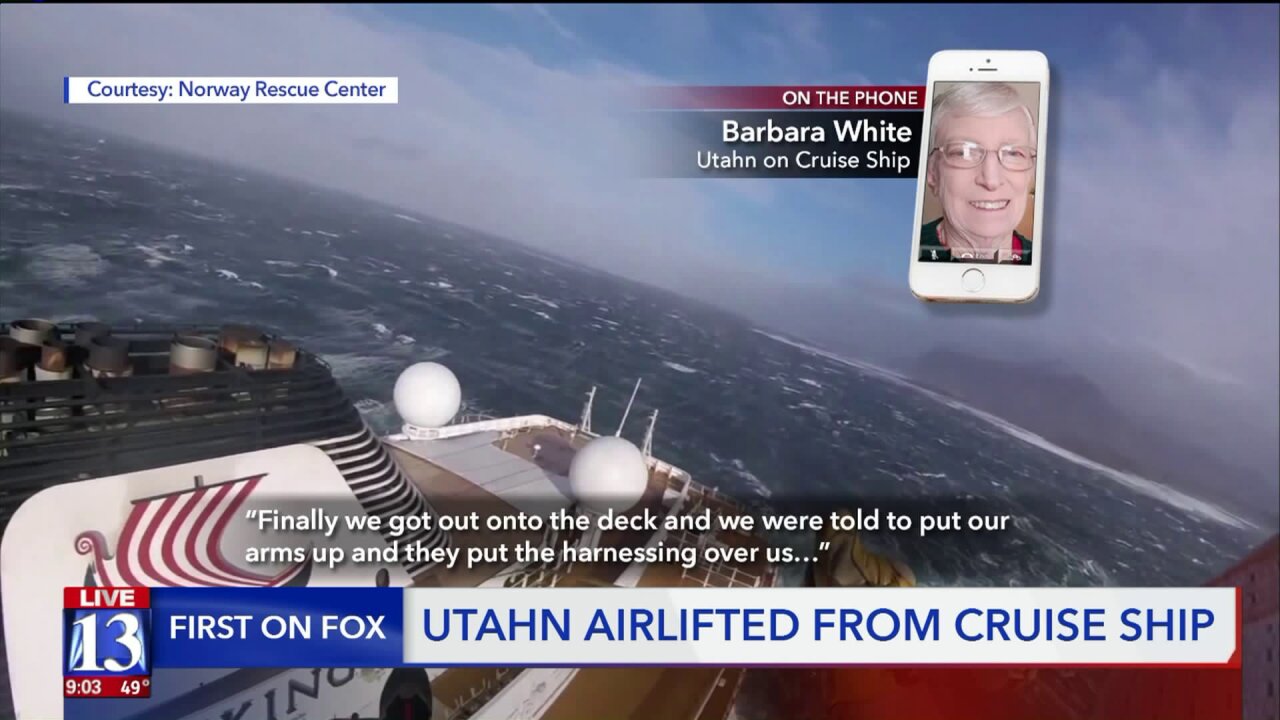 NORWAY — Barbara White, of Holladay, was on a trip to remember with her daughter. They were cruising along the coast of Norway, stopping for reindeer-drawn sleigh rides and excursions to see the northern lights.

“It was wonderful until everything went wrong,” said White.

The Viking Sky cruise ship lost engine power, prompting a distress signal on Saturday. The seas were getting rough and soon, Barbara and her daughter were watching furniture sliding around the ship.

“One table flipped itself right in front of me,” said White.

They were ordered to put on life jackets and wait in the ship’s theatre.

“We were totally enclosed sitting there so we couldn’t see anything but we could hear furniture banging against the doors,” said White. “We knew nothing. We didn’t know if the ship had been breached or just what was going on. All we knew is we were going down to our muster areas and putting on lifejackets.”

White says they were stuck waiting for ten hours. At times she could hear a rescue helicopter hovering overhead.

“Finally we got out onto the deck and we were told to put our arms up and they put the harnessing over us…the harness was on and we were gone. My eyes were screwed shut,” said White.

Lifted to safety by the Norwegian Navy, White was one of roughly 500 passengers flown off the ship. The rescue effort was halted when the ship’s engines came back online. The ship docked in Molde, the town where White and others had been flown and put up in a hotel.

“Probably at 1:00 AM we were given about 20 minutes to get all of our belongings out of our cabin,” said White.

She says the chairman of Viking Cruise Line was at the hotel to meet the passengers, telling them they would get a full refund. But though the trip started with fond memories, Barbara White says she has gone on her last ocean cruise.

“My daughter and I have both decided that we are done with ocean cruising,” said White laughing.