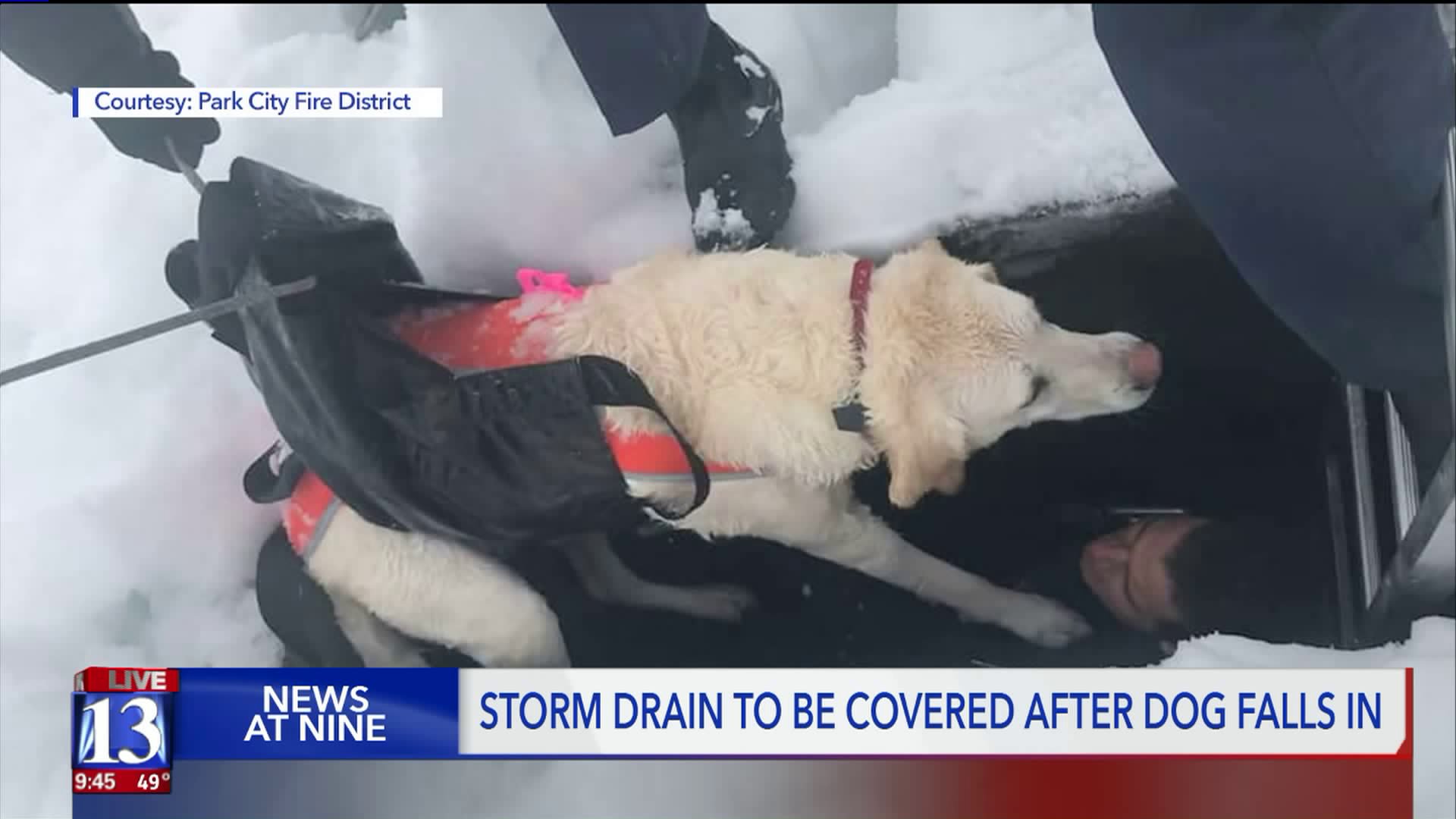 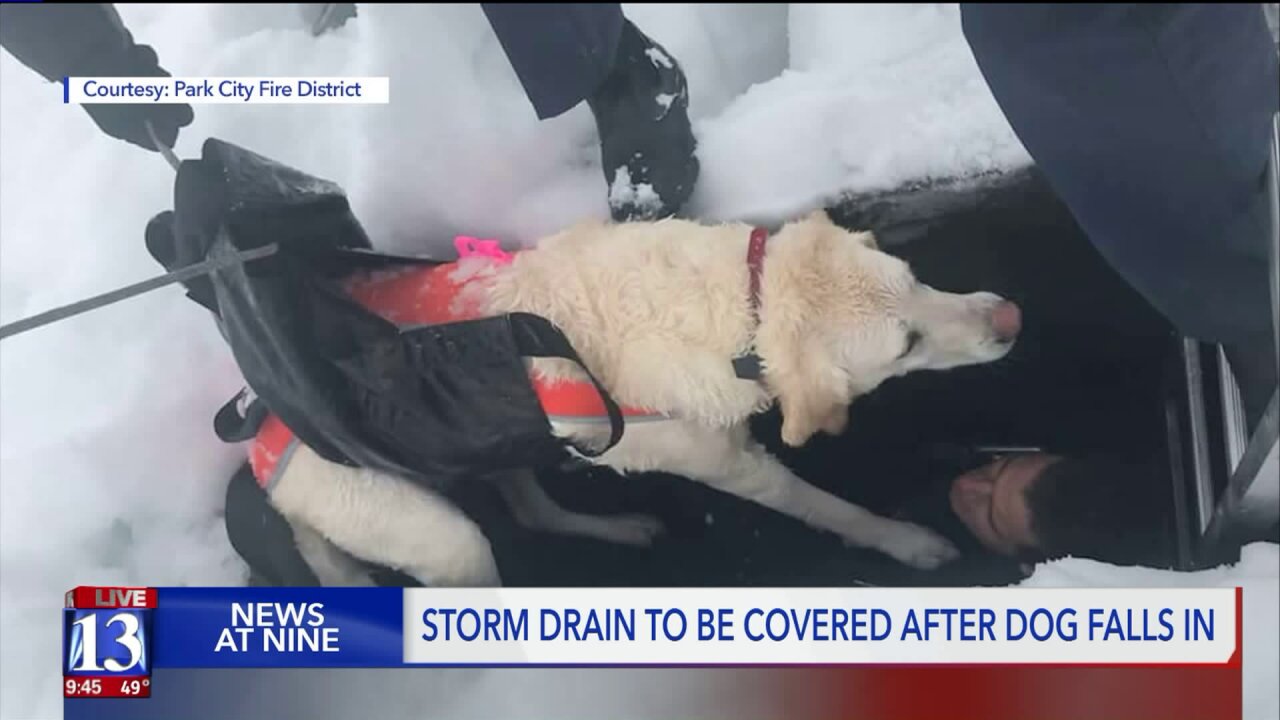 PARK CITY, Utah —The Park City Building Department said they've asked a contractor to cover up any possible open holes at a construction site after a dog fell into an open storm drain.

The tumble led to a rescue operation by the Park City Fire District on Saturday.

Wayne Mah said his dog, Cisca, fell into the drain as he hiked with her and his two other dogs.

He said he often comes to the Park City Heights neighborhood as part of a, "normal hike that we take-- little backcountry snowshoeing."

While Mah said he's prepared for hiking in the backcountry, he wasn't expecting Cisca to fall into the 7-10 foot open drain.

"You don't expect an unnatural hazard," he said.

After firefighters rescued Cisca they boarded up the hole with plywood, according to the Park City Building Department.

As Mah wondered how the hole was left open in the first place, the city wondered why anyone from the public was at this particular site.

David Thacker, with the Park City Building Department, said the area is on private land and is an active construction site.

"Typically our construction sites are secure to the public," Thacker said. "They are not supposed to be accessing those areas."

Thacker said construction sites are supposed to be fenced off.

However, the area where Cisca fell into the storm drain is not fenced off.

Mah indicated that he's seen others walking in the area, and considered it part of the backcountry.

He will now take his dogs somewhere else to enjoy the spring snow, and Thacker explained that they are working with the contractor to make sure the site is secure-- including covering any other open holes.

Ivory Homes, the builder developing the neighborhood, said they are in compliance with all applicable laws and regulations.

In a statement, they said, "We are relieved that the dog and owner are safe. This is an active construction site. We were unaware of anyone accessing this area for recreation or hiking."