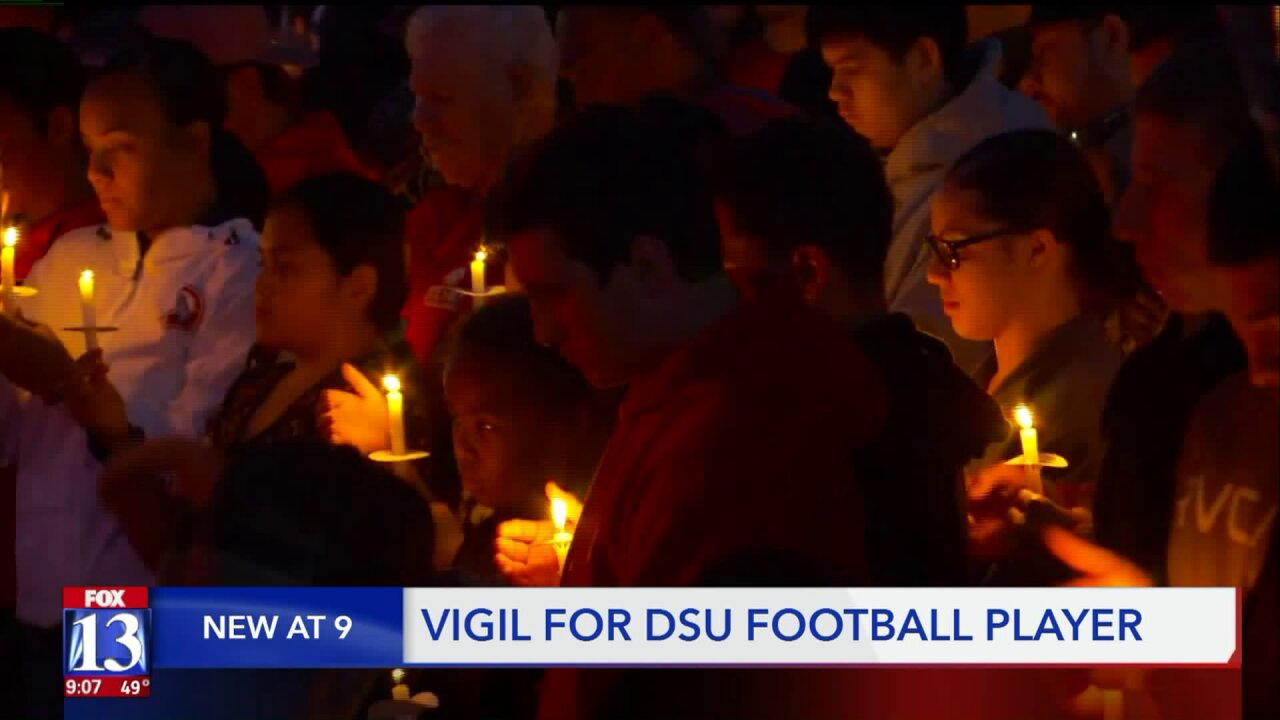 Hundreds of people attended a candlelight vigil underneath the campus bell tower in his honor.

“There is definitely a void in our team that is never going to be filled,” said Paul Peterson, Dixie State head football coach.  “He was a leader on our team.  He was a very tough person.  Our guys followed him.”

Peterson says he has been in contact with Abraham’s family.

“They would like us to focus on the things he accomplished in his life and not focus on this tragedy,” Peterson said.  “I think it’s important to follow the message of his parents, that there will be another time that we’ll be able to see him.”

Reinhardt was remembered as someone who worked hard and led by example.

“Abe would hate the attention he’s gotten from this.  He was a quiet leader, he didn’t say much,” Peterson said.

As the team and community try to heal, Peterson acknowledges, moving forward won’t be easy.

“It’s not something that you get over very quickly.  We tried to practice today.  Our team was visibly tired and their thoughts were somewhere else,” Peterson said.