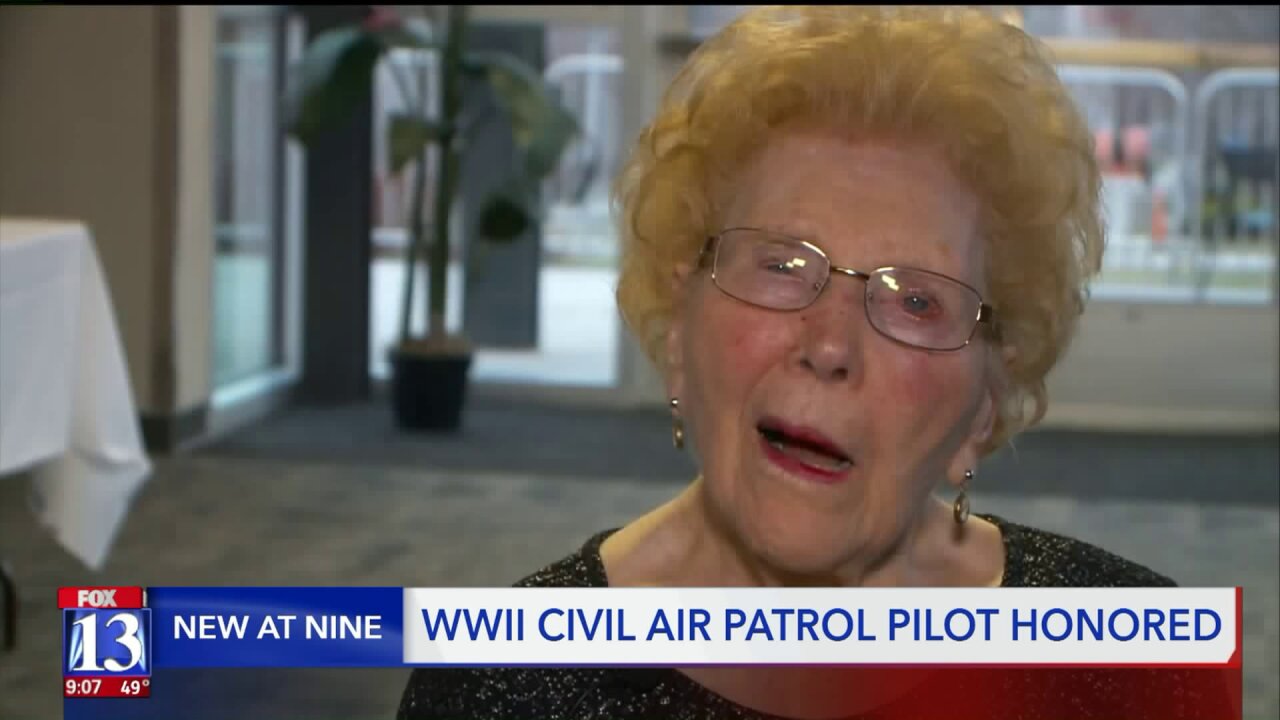 SANDY, Utah -- A woman who served in the Civil Air Patrol in Utah during World War II was honored for her service Saturday evening.

When hikers got stranded, pilots would help guide rescue teams to them from the air.

"I was overwhelmed," Ludlow said. "I never would have thought that after all these years they'd honor me in such a way."

Ludlow hopes her story will inspire others to take up flying and work with the CAP.

The Congressional Gold Medal was authorized by Congress and signed by President Barack Obama in 2014 for all CAP members who served during WWII.