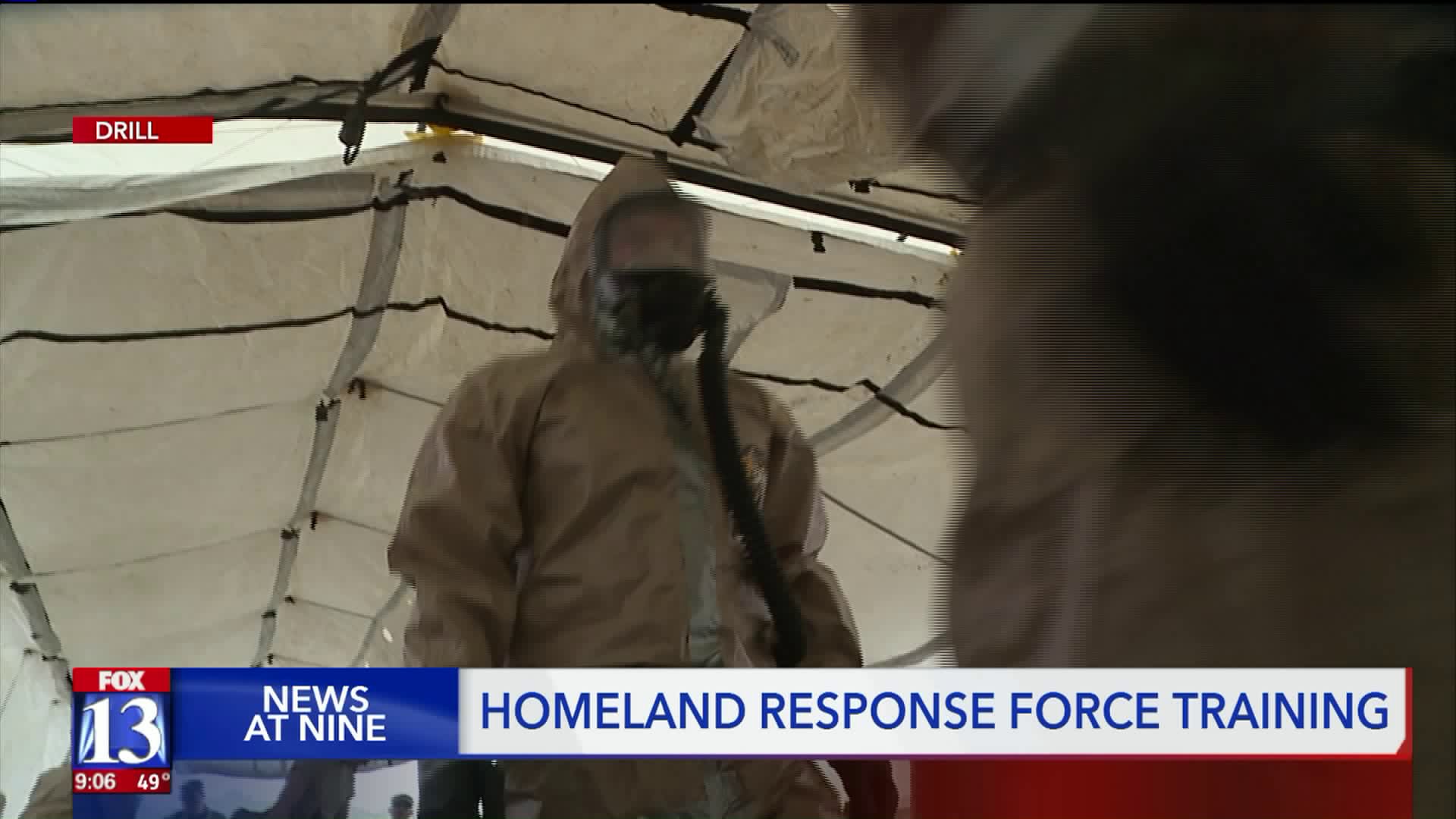 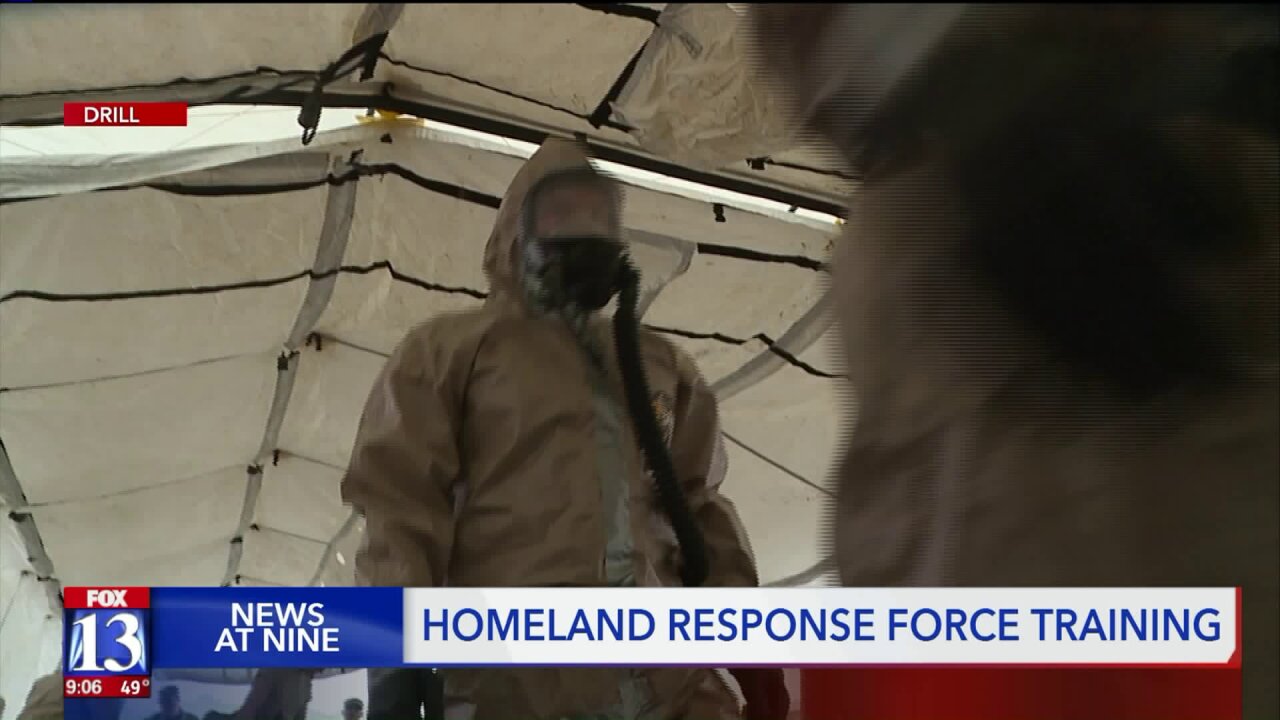 CAMP WILLIAMS, BLUFFDALE, Utah -- It’s a scenario that’s never happened before — a 10 kiloton nuclear explosion -- but that doesn’t stop the Utah National Guard from training for that scenario at Camp Williams.

Around 270 people were on the ground in Bluffdale Saturday, going through evaluations that required searching for victims, decontaminating nuclear waste on their bodies and then providing additional medical assistance.

“My emphasis is, we’ve just got to be prepared,” said Steven Brenchley, the Homeland Response Force Commander.

A search and extraction crew walked through one of the buildings used in the scenario, looking for anyone still alive.

“It’s important to get it down to the smallest details,” said Ryan Robinson, the Deputy Commander of CBRNE Task Force. “We’re dealing with human lives—saving human lives and mitigate any suffering.”

In a real situation, their clothes would be cut off, bodies sprayed down and then checked for any leftover nuclear contamination.

“There’s a weight on our shoulders, but also, we love doing this,” Robinson said.

Hopefully they will never see a real-life scenario similar to this one, but the Utah National Guard is there for other disasters throughout Utah and neighboring states.

The Utah National Guard is often called out to help with flooding, fires, earthquakes and extreme weather.

“We’re here to support the community,” Robinson said. “We’re more than willing to train with any local city or agency that is looking to work with the National Guard.”