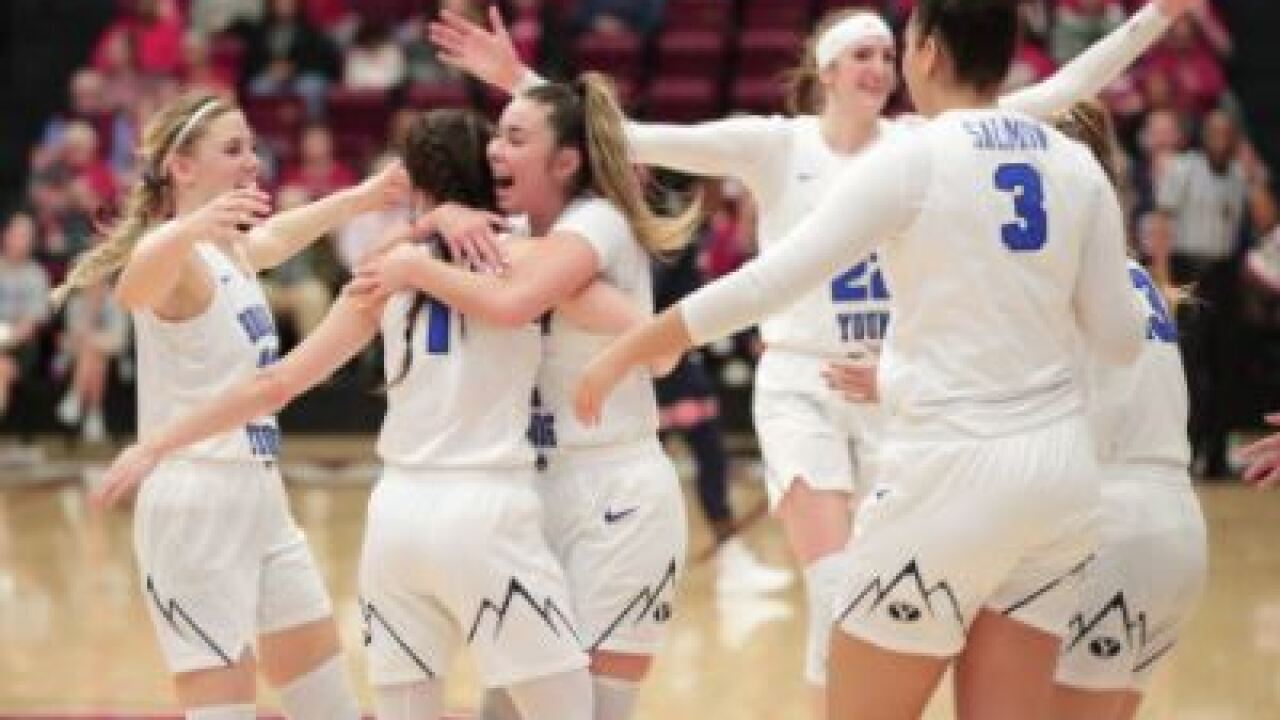 STANFORD, Calif. — The Brigham Young University women’s basketball team beat Auburn Saturday in the first round of the NCAA Tournament.

The Cougars beat the Tigers 73-64 in a game played at Stanford Maples Pavilion on the campus of Stanford University.

On Monday, BYU will play the No. 2 seed and host Stanford Cardinal who beat 15th-seeded UC Davis Saturday.

The West Coast Conference boasted that for the first time in conference history, two WCC women’s basketball teams have advanced to the second round of the tournament. The other team to advance is Gonzaga after beating Little Rock 68-51.

WBB | For the first time in conference history, two #WCCHoops teams advance to the second round of the #ncaaW Tournament as #5 @ZagWBB (68-51 vs Little Rock) and #7 @byuwbb (73-64 vs Auburn) both earn big wins on neutral courts pic.twitter.com/N7nJKAYH64