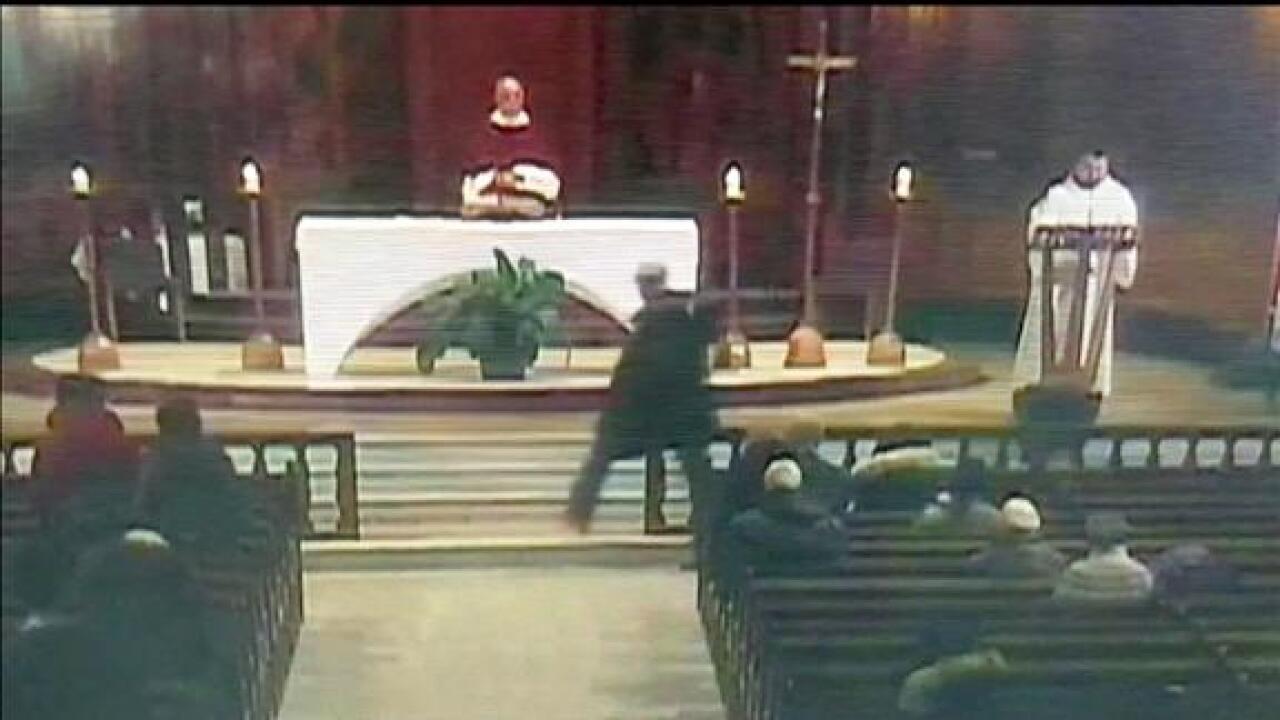 (CNN) — A man who allegedly stabbed the elderly rector of a church in Canada during a televised Mass as shocked parishioners watched will appear in court Saturday.

The attack happened as the priest of St. Joseph’s Oratory at Mount Royal led Mass on Friday morning at the church in Montreal, Quebec, police said.

The suspect’s name was not immediately released. He is expected to appear by video feed Saturday afternoon at the Quebec Court Criminal Room. If any charges are filed, they will be determined by prosecutors, Constable Caroline Chevrefils said.

Police said the stabbing was not considered a terrorist attack, and described it as “an isolated act committed by one individual.”

Father Claude Grou, 77, was taken to a hospital and is recovering, Chevrefils said.

The 26-year-old suspect was detained by security staff at the church and taken into custody by police, Chevrefils said. She said the suspect is known to police.

Grou was celebrating Mass for about 60 people in the church and an audience watching the event being livestreamed when the suspect went toward the priest and stabbed him several times with a sharp object, Chevrefils said.

Police were called to the church at 8:40 a.m. Video showed Grou moving away as the man approached, then falling and getting up after the attack. Parishioners separated the attacker from the priest.

“What a horrible attack at Saint Joseph’s Oratory in Montreal,” Prime Minister Justin Trudeau tweeted. “Father Claude Grou, Canadians are thinking of you and wishing you a swift recovery.”