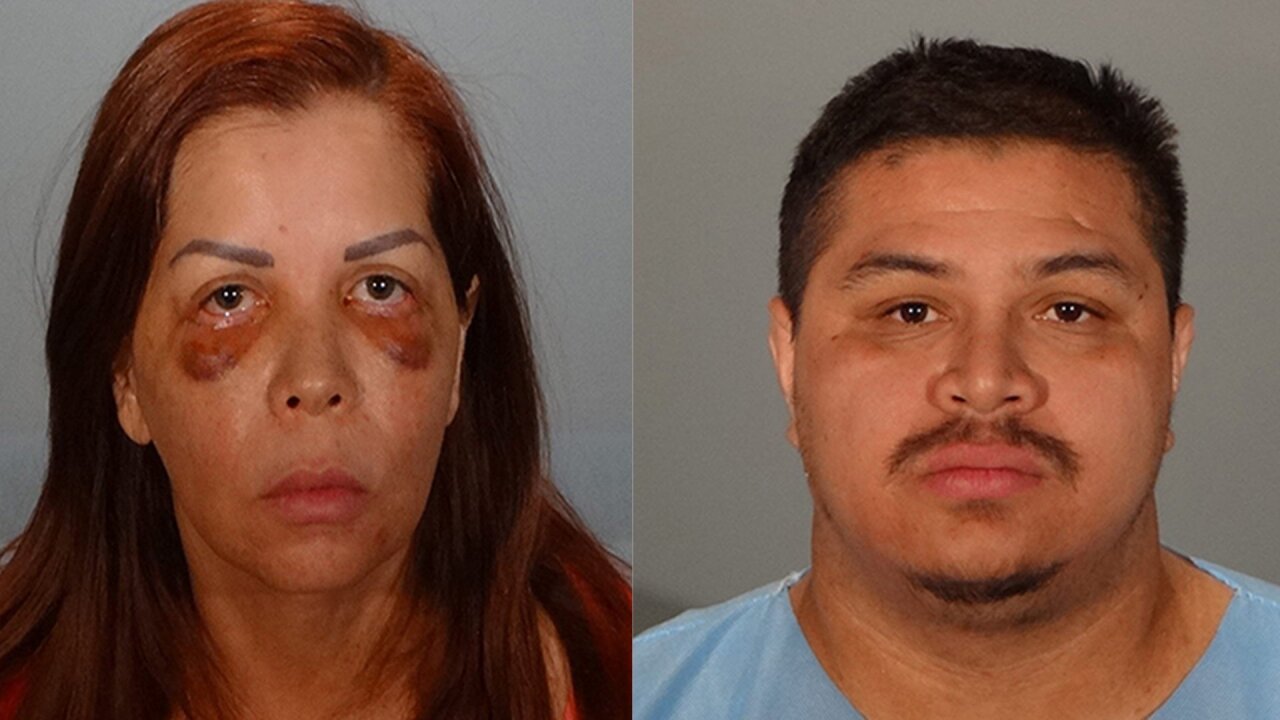 Monica Paredes and Carlos Rivera are seen in booking photos released by the Glendale Police Department on March 22, 2019.

GLENDALE, Calif. (KTLA) — A man and woman have been arrested in a major, organized retail theft ring in Glendale after detectives found them in possession of more than $100,000 of stolen merchandise and cash, police announced Friday.

Carlos Rivera, of Los Angeles, and Monica Paredes, of Van Nuys, were identified as the suspects responsible for running the major theft operation after an extensive investigation, the Glendale Police Department said in a news release. Both were booked on charges of felony receiving stolen property.

During a search conducted on March 13 at the apartment of Paredes, located in the 15000 block of Sherman Way in Van Nuys, police found over $100,000 worth of stolen merchandise from Lululemon, Victoria Secret, Zumiez, Abercrombie and Fitch, Ralph Lauren-Polo, Hollister, The Disney Store, Tommy Hilfiger, Calvin Klein, Ugg, Nike, Adidas, Champion and Sunglass Hut.

Police also recovered over 400 pairs of sunglasses stored in display and individual cases, valued at approximately $37,000. Sunglass Hut officials traced $7,000 worth of stolen sunglasses to Utah, Ohio and California.

Several high-end designer handbags were also recovered, as well as 100 Jujube Tokidoki backpacks and 64 Mitchell and Ness Sports Jerseys valued at more than $22,000.

Along with the merchandise, police found $40,000 in cash hidden behind a child’s crib.

No other details were released.