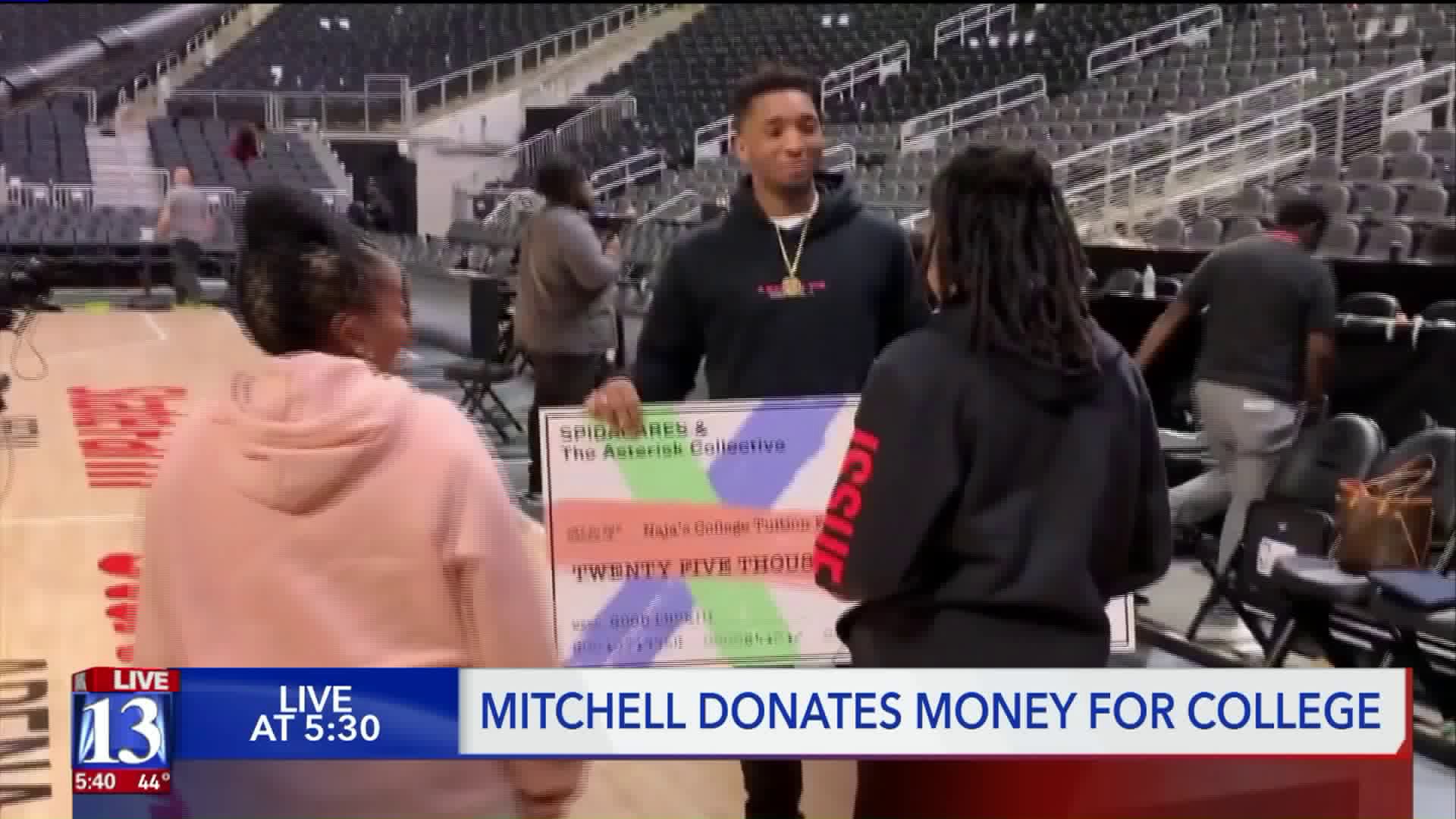 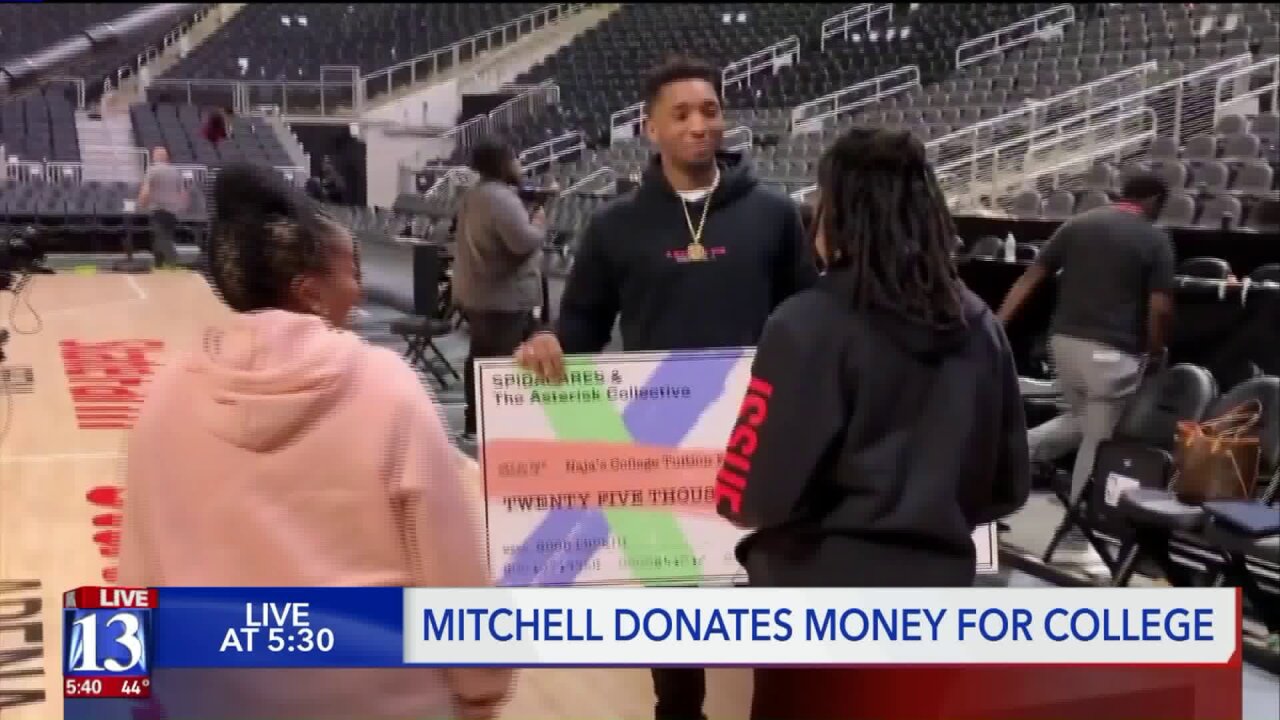 ATLANTA – “It’s all yours,” Mitchell can be heard saying as he hands a very large check to a fan as they stood on the court of the then empty State Farm Arena, where the Jazz had just finished playing a game against the Atlanta Hawks.

That fan, 21-year-old Naja Brooks, just so happens to be the daughter of Donovan’s fourth-grade teacher – they grew up together in Greenwich, Connecticut.

“It’s for school,” Donovan said as he passed over the check written to “Naja’s College Tuition Fund.”

“Where do I put this,” Brooks laughed as she tried to put the check on the court to free up her arms.

Immediately, Naja and her mother are noticeably overcome with emotion.

“You guys did so much for me and now I have my opportunity to give back,” Mitchell said.

“Without you guys I wouldn’t be able to be here, so thank you,” he continued as he flipped the massive check around to take a picture with Naja.

Naja is currently a junior at the nearby Savannah College of Art and Design; she told Fox 13 the $25,000 will completely cover the remainder of her schooling.

The check is the first to be written from SpidaCares, a foundation launched by Mitchell and doTERRA in March – dedicated in part to empowering women.

Clapping can be heard as Donovan and Naja take pictures with the check, the memo reading “GOOD LUCK!!!”