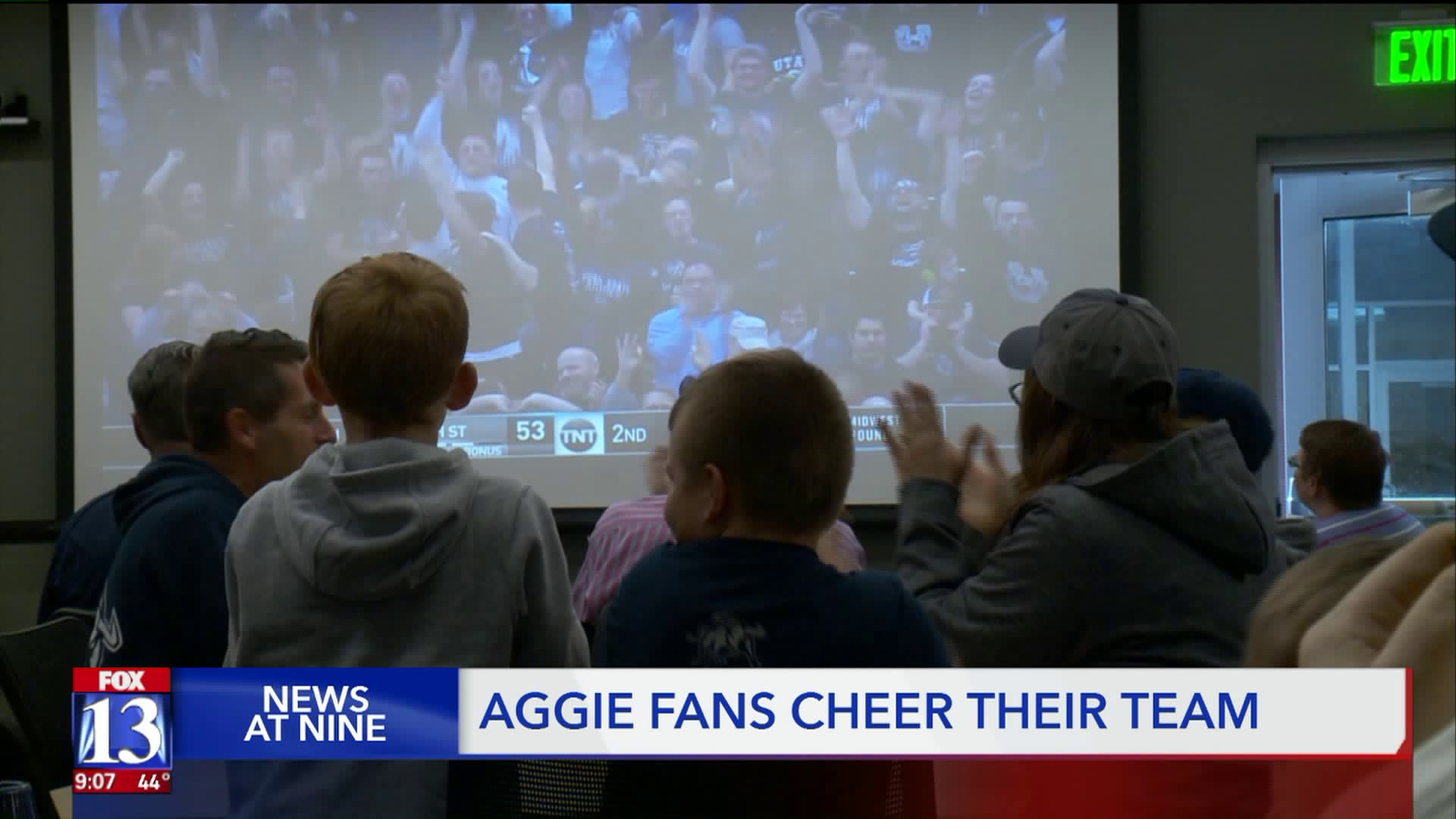 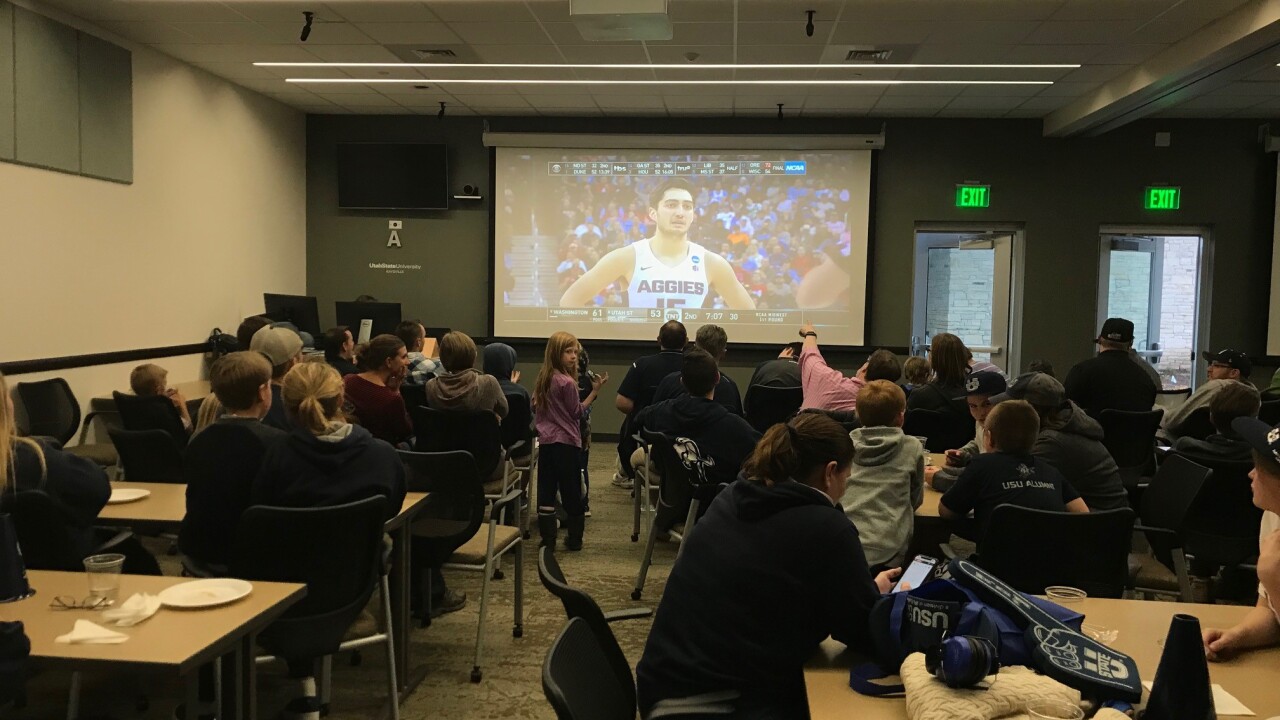 LOGAN, Utah – The Utah State Aggies fought the Washington Huskies but it wasn’t enough in Friday night’s March Madness face-off in Ohio as USU fell 78-61 in the first round of the NCAA Tournament.

Fans around the state of Utah gathered in different corners of the state to watch the competition. One group made up of about 100 alumni and students gathered at the USU Kaysville Campus. Carrie Godfrey, who graduated from USU told FOX 13 that she was going to be happy for the team whether they won or lost.

“I mean, how cool is that to be a part of March Madness? And to be ranked and to be an eighth seed into this. It’s awesome and it’s fun to see them in the national map,” Godfrey said.

It was an uphill battle for the Aggies and some parts of the game were tough to watch for the fans but all in all, Karson Anderson, a USU student, said that this is a huge opportunity for this team and the experience they are getting on the court and on television is priceless.

“I hope they take this excitement and run with it and try even harder next year to get here again,” Anderson said.