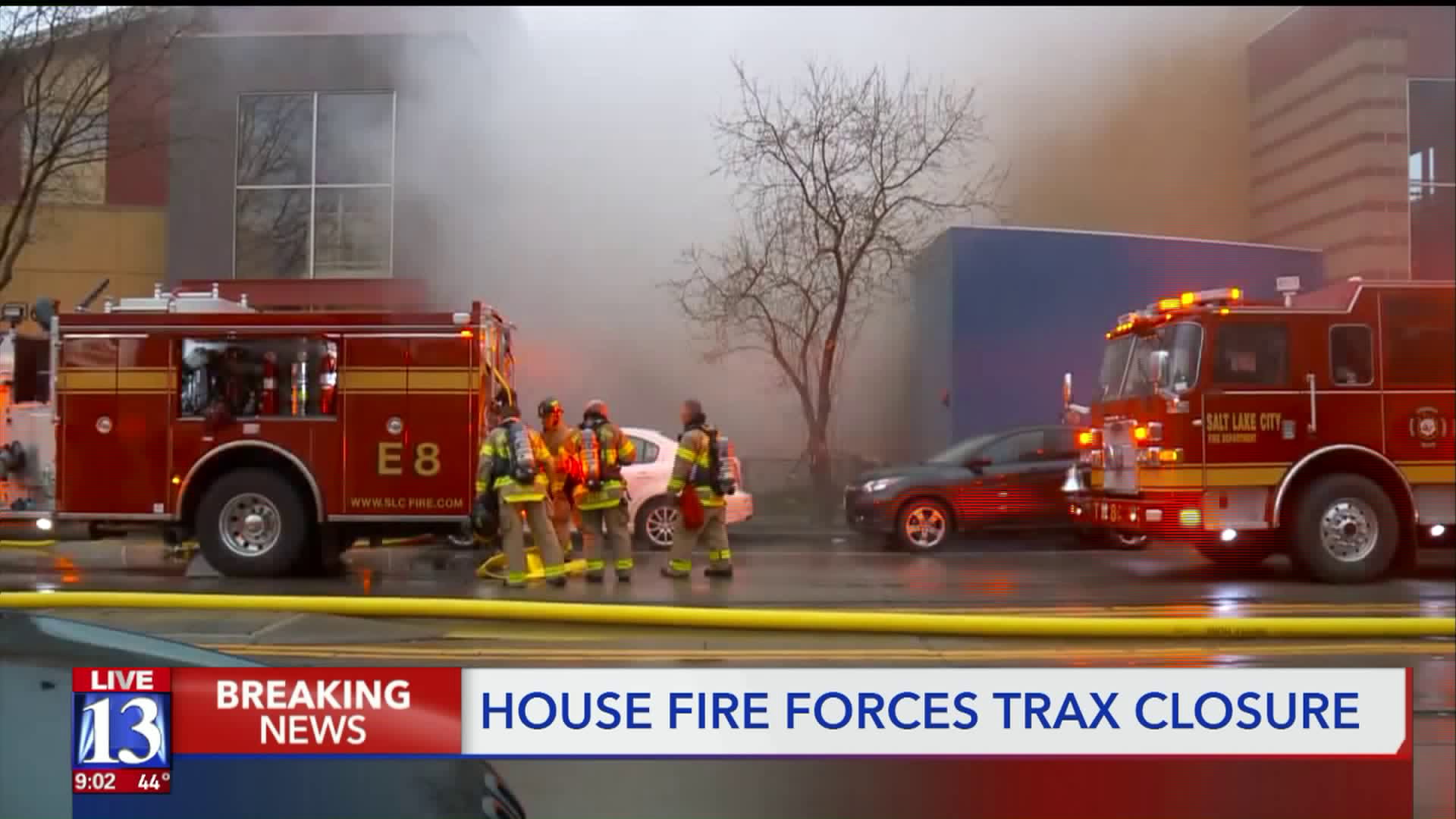 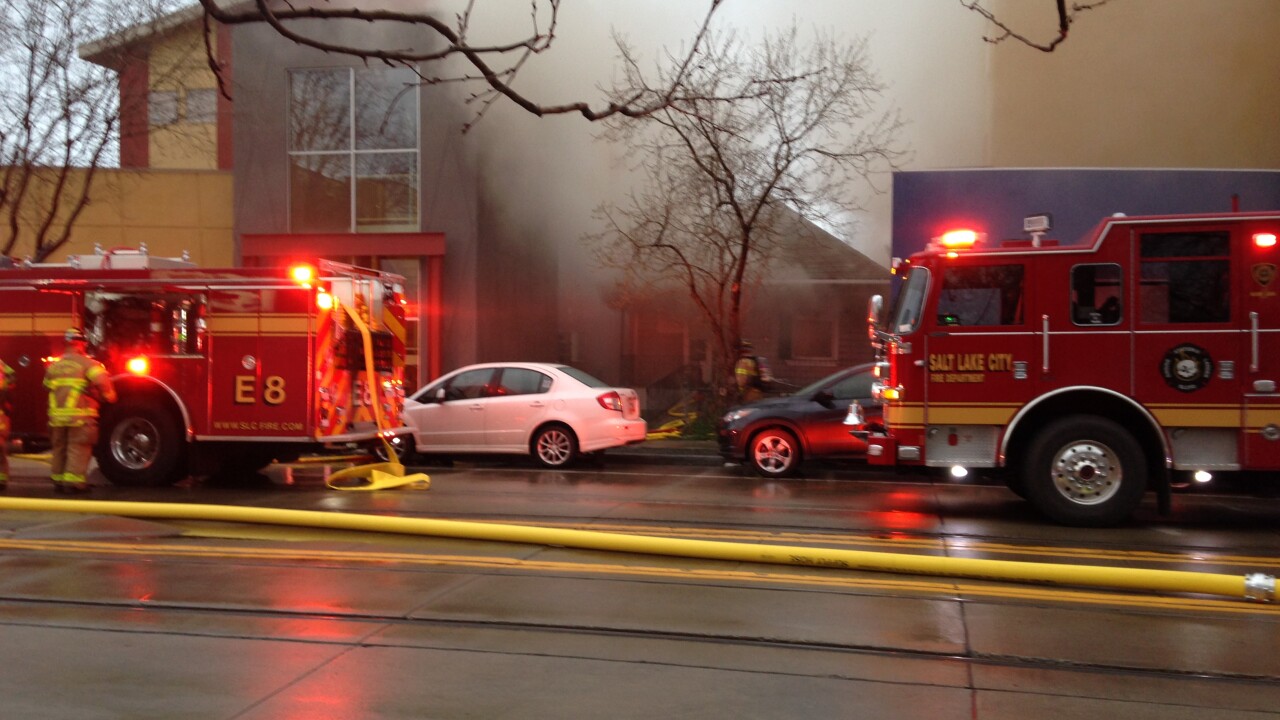 Captain Tony Stowe with the Salt Lake City Fire Department said a neighbor called it in around 7 p.m. after noticing smoke coming from the building.

When crews arrived, they took a defensive approach and kept firefighters outside the building because they were unsure how long the fire was burning and how badly the structure was compromised.

The location of the fire, located between two larger buildings, presented a challenge.

“We are very limited with access in there,” Stowe said. “What we are trying to do, right now, is get a handle on the fire, limit the amount of resources in between the structures and fill that basement.”

Stowe added that the building was vacant and no one was injured.

Crews put the fire out by nine o’clock.

Fire engines were forced to park on 200 West near TRAX rails.  That forced an interruption of service in the area.

According to UTA, a bus bridge was set up and supervisors were on the scene to assist any travelers with questions.

Update: Fire is out and crews are cleaning up. No reported injuries pic.twitter.com/Rv1X0t0isQ

According to UTA, TRAX rails are blocked at 900 South and a bus bridge has been activated between the 900 South and Ballpark stations.

TRAX Alert 7:31 pm: due to a structure fire downtown, rails are blocked at 900 S. BUS BRIDGE from 900 S to Ballpark. Supervisors are at 900 S station to assist with any questions you have. NB Green will stop at Central Pointe, SB Green will stop Arena to connect to Blue Line.

This is a developing story. It will be updated.