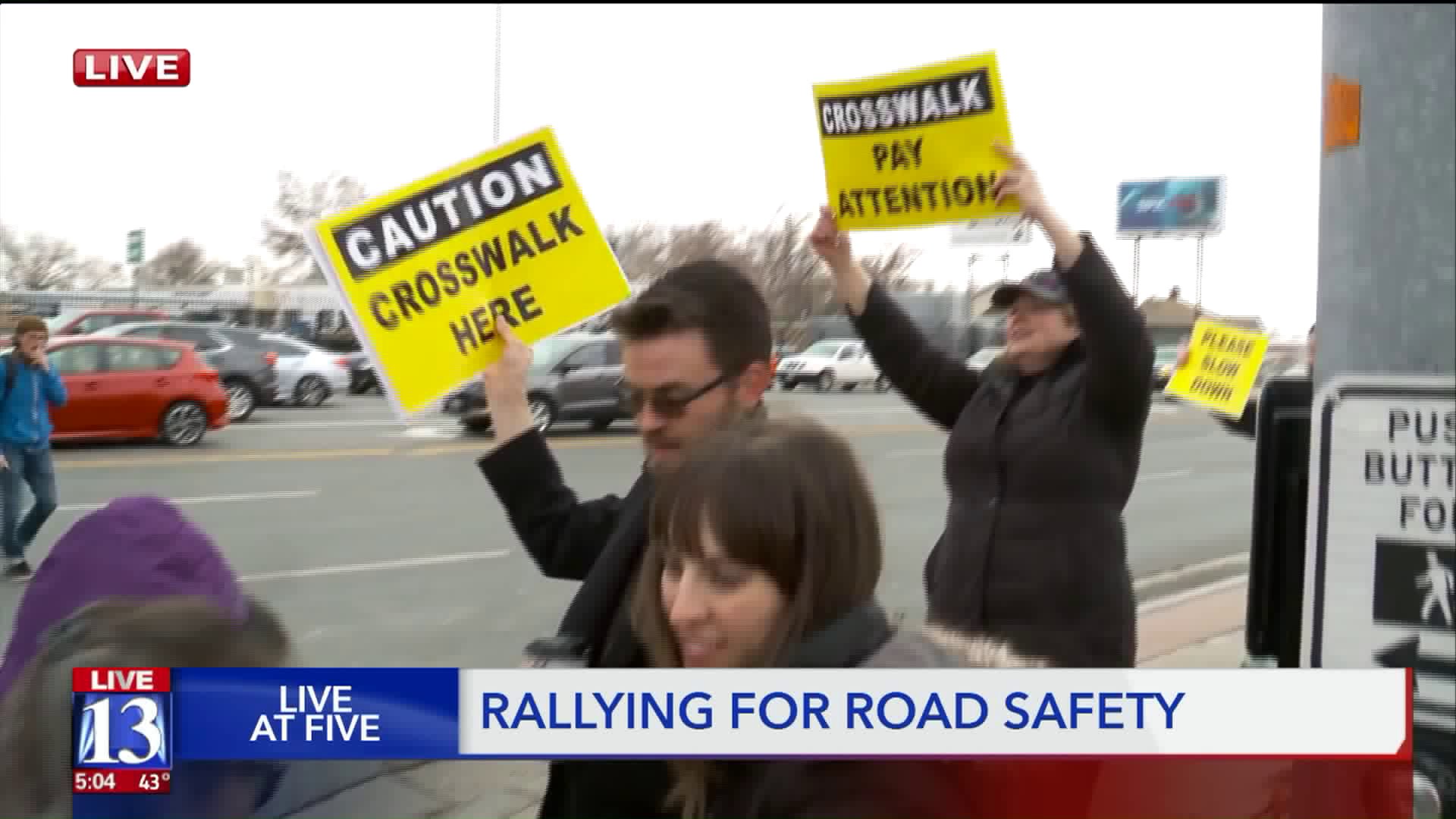 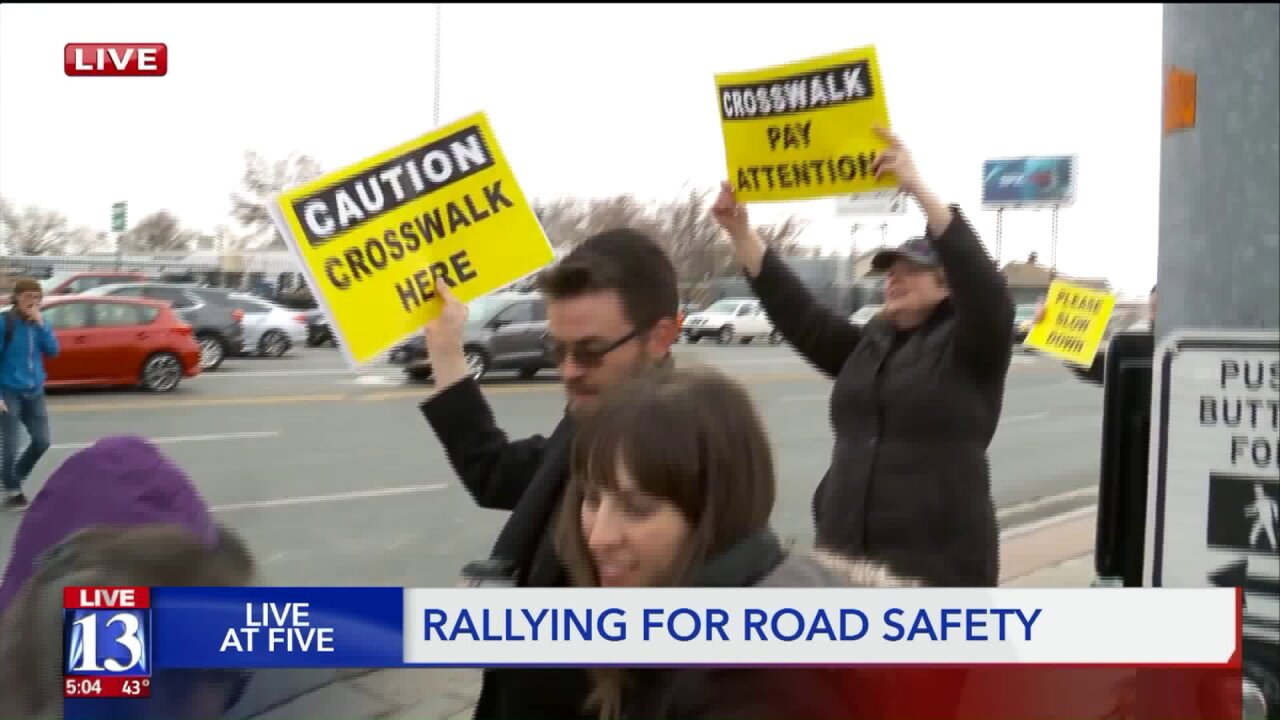 City council members and state representatives were out in the rain urging drivers to slow down and watch for pedestrians during rush hour on 3300 South and West Temple.

“There are just a lot of drivers out there who just don’t watch you,” Roman Bauck said. “I’ve almost been hit on many crosswalks when it was my turn.”

FOX 13’s camera was rolling when Bauck was narrowly missed by three drivers not paying attention.

“I have had a car stop really fast by my leg and I had to jump out of the way,” Bauck said.

“He floored it and I felt him brush my leg. It was a big truck,” Brent Jensen said, describing a driver who almost hit him while crossing the street in South Salt Lake.

Funeral services will be held Saturday for William Moellmer, who was one of four people hit and two people killed during three separate crashes earlier this month. They happened within 24 hours on, or near, 3300 South.

“It breaks my heart. It’s very unfortunate that situations like that happen,” said South Salt Lake councilperson Corey Thomas, who organized the event.

Police admit this area is dangerous because of its location. It is a major thoroughfare to I-15 with heavy traffic and a TRAX Station.

“People rely on these crosswalks to get to and from work. They shouldn’t have to feel scared getting across the street to make it to work,” Thomas said. “That’s not okay.”

By holding signs on all four corners of the intersection of 3300 South, Thomas hopes it reminds people to pay attention.

“I feel like people should just be more vigilant,” Bauck added.