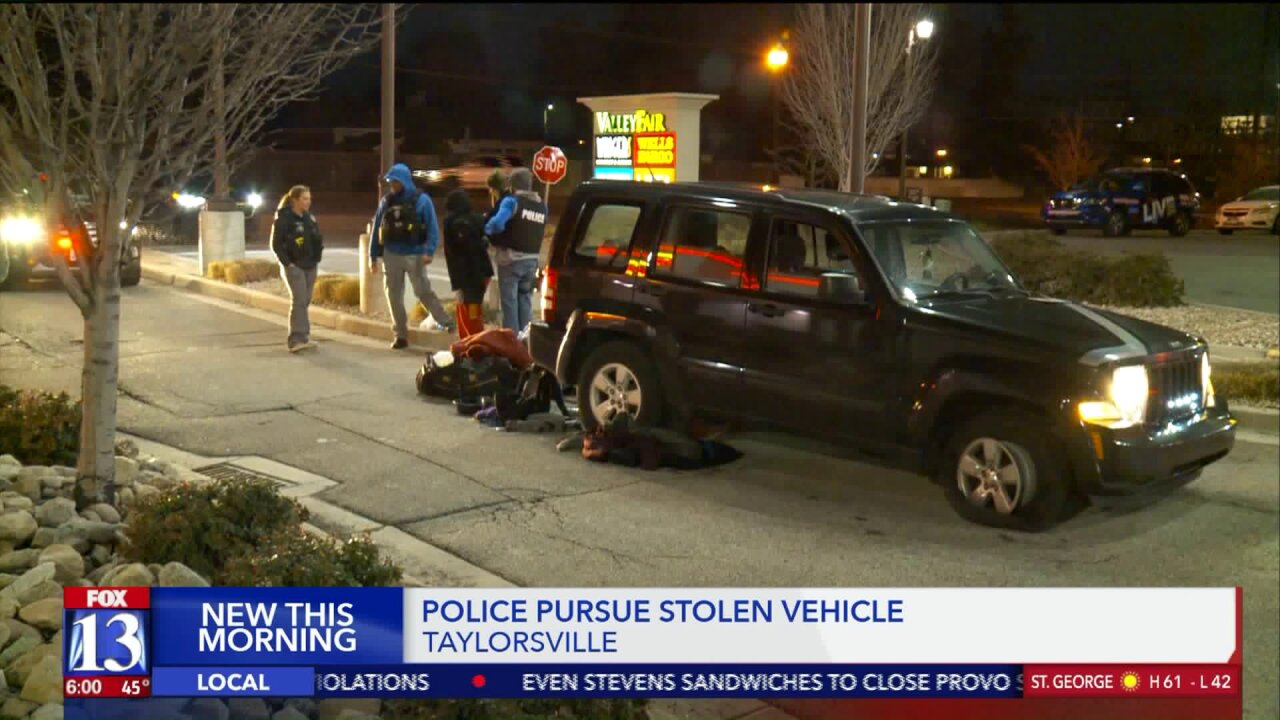 TAYLORSVILLE, Utah – A man is in custody after police said he led officers on a chase through Taylorsville early Friday morning.

Unified Police officers spotted stolen Jeep Wrangler around midnight, and they recognized the vehicle from previous escapes from police.

Officers followed the driver along 2700 West and used spike strips to deflate the Jeep’s tires.

The man behind the wheel tried to flee despite the damage but could only reach speeds of about 20 mph. Officers said that made it easier to maintain control of the situation.

“No citizens were put in harm's way doing this, and we were able to get these people off the streets for a little while,” Lt. Manfred Lassig said.

Two women riding as passengers in the vehicle have been released from custody.

Detectives said they believe the driver may have thrown some items from the moving vehicle during the pursuit.

The driver has not yet been identified.