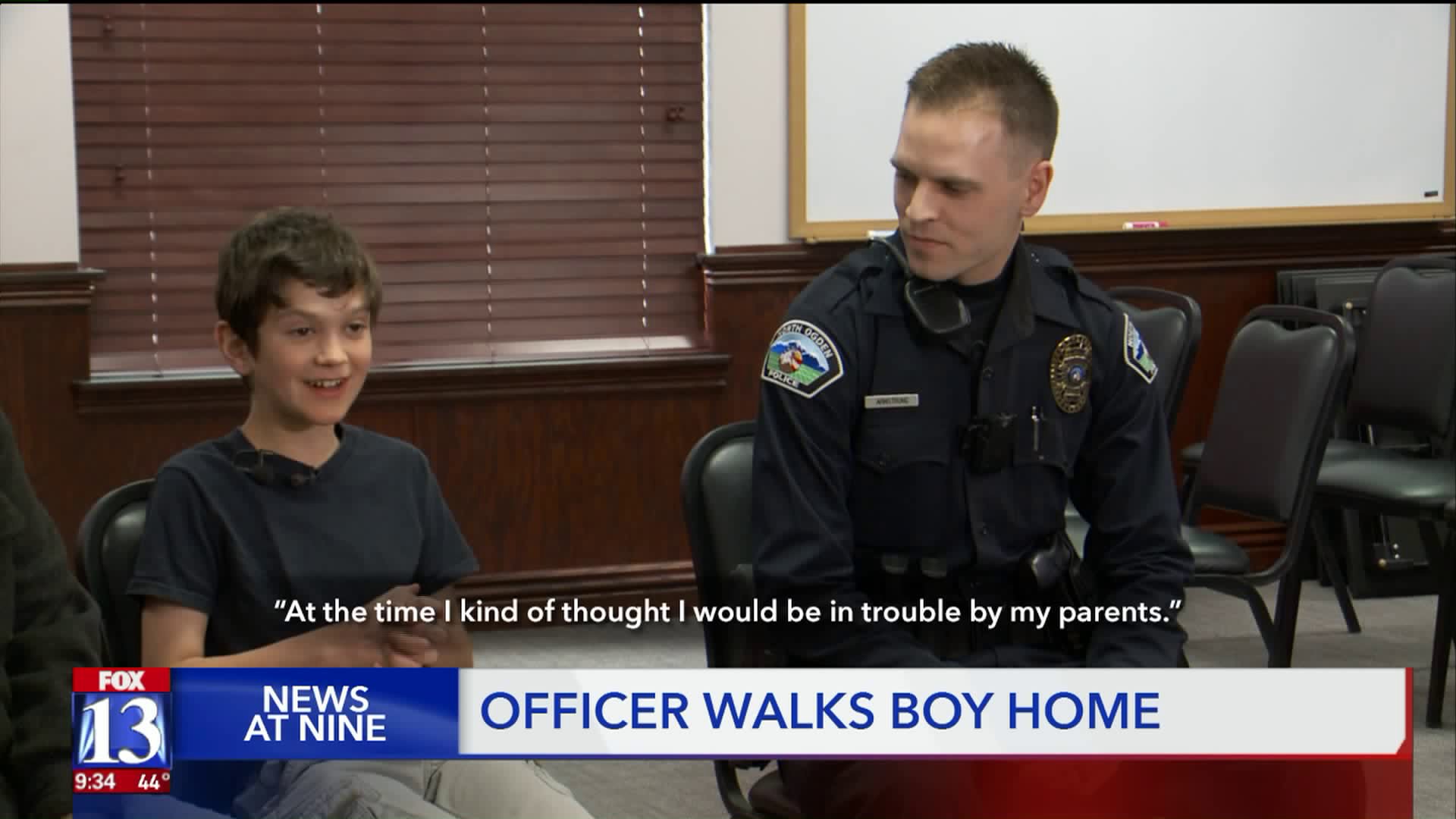 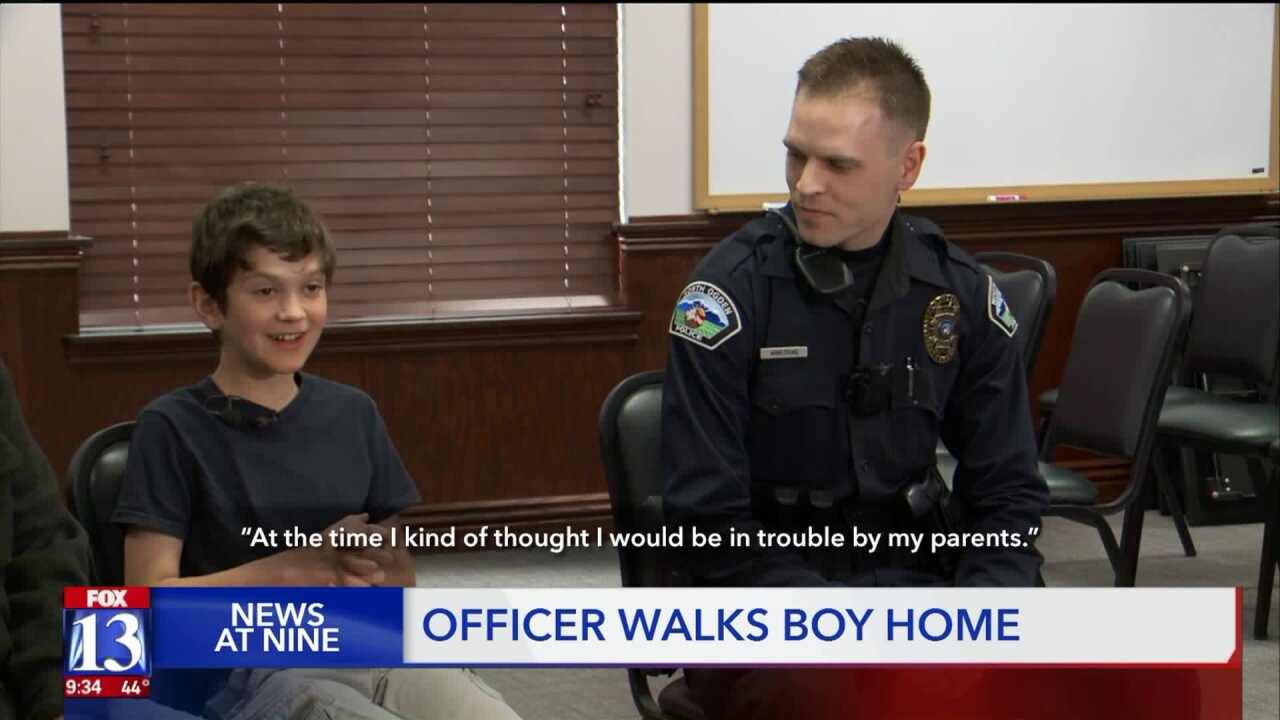 NORTH OGDEN, Utah – A North Ogden police officer got a little more than he bargained for after offering to accompany a highly functioning autistic boy to his house, getting a workout and a new friend.

When a North Ogden police officer saw him walking home alone Thursday evening, Noah had everything under control.

“I just kind of asked him, ‘Hey what is going on?’” said North Ogden Police officer Craig Armstrong. “He was just out getting some candy.”

“I knew the area so I grabbed some quarters and pennies and headed up there to see what I could buy, I could only afford a lollipop,” Noah said as he sat in between his dad and officer Armstrong.

Officer Armstrong had responded to the area after receiving a call expressing concerns for a child walking by themselves. When Armstrong found Noah, he offered to give him a ride home in his patrol car.

“At the time I kind of thought I would be in trouble by my parents,” Noah said.

Officer Armstrong wanted to make sure he got home safely, so he decided to get out and walk with him. A picture captured the two together on the street, but they weren’t walking, they were sprinting.

“It ended up not being a walk, it ended up being a jog and a run. Little Noah, he likes to run and he’s quick,” Armstrong smiled as he looked at Noah. “I mean in my eyes, I got my workout for the day too!”

The two made it back to Noah’s house as new friends with a pretty great story to tell.