Police officer who ran woman over in Millcreek parking lot had 7 prior accidents in her patrol car, source says 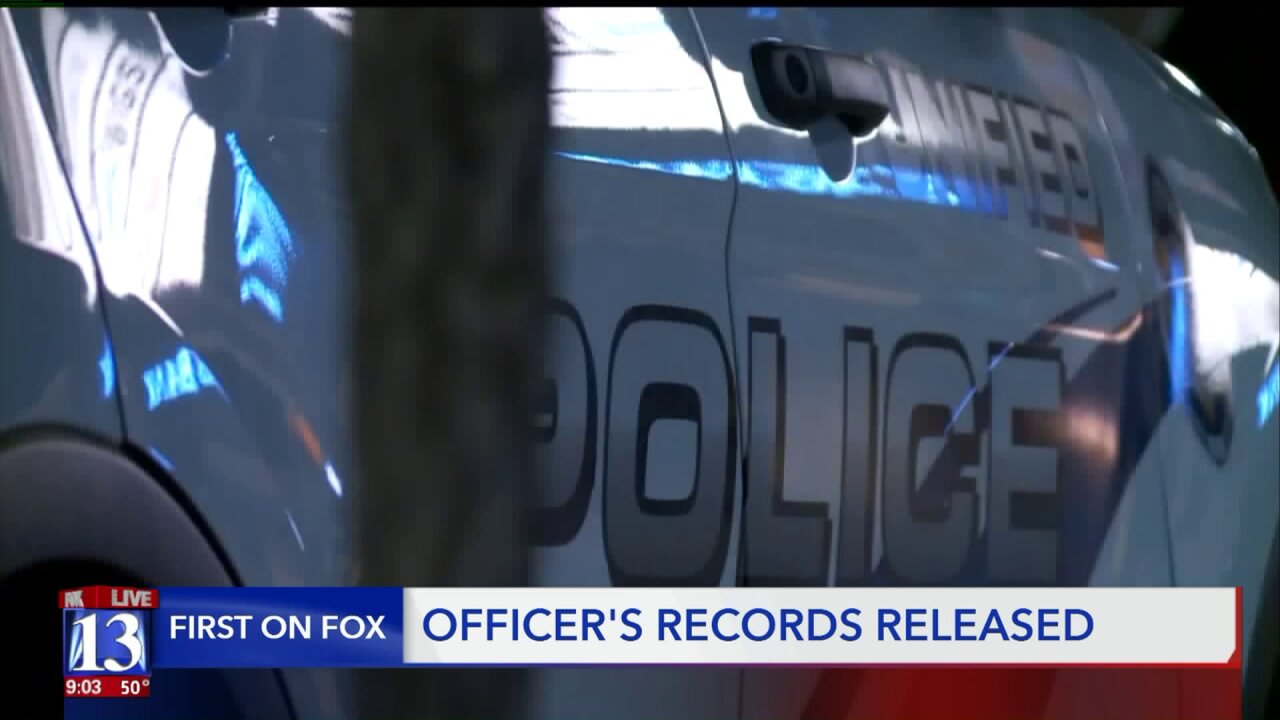 SALT LAKE COUNTY — A source tells FOX 13 the officer who ran over a woman in a Millcreek parking lot earlier this month was a lateral hire from the West Valley City Police Department.

A public records request revealed this officer had a troubled past.

Thirty-five pages of documents obtained from West Valley City police indicated the officer was involved in seven accidents with her patrol car over an 8-year span.

The troubles began in 2010 when the officer was reprimanded for her first at-fault accident.  The letter said she, “hit the rock causing damage to the front passenger’s side.”

Then, a few months later, she was reprimanded again for hitting someone else’s car while “making a U-turn into a westbound vehicle.”

In July 2017, she received another letter after an at-fault accident.

According to the letter, it was her, “seventh preventable/at-fault traffic accident you have had in your 8-years of service.”

A non-disciplinary dated July 2014 describes how she arrested a suspect in a house after entering a room, even though she didn’t have the right to do so.

The letter signed by a sergeant states the officer, “did not have a legal right to enter that room and in doing so, violated the homeowner’s constitutional rights.”

In 2015, she was suspended for destroying a body camera.  The letter says the officer, “laundered your uniform while the digital recorder remained in a pocket” and the equipment was “damaged beyond repair.”

FOX 13 reached out to law enforcement expert and retired Salt Lake City Police Chief Chris Burbank.  He said he would not have hired an officer with a history of negligence while on the job.

“By allowing an individual with a history as that to work for you, you’re saying that’s ok for every individual in this police department to look just like that,” Burbank said.

The victim who was run over is dead, but it is unclear if she died from injuries suffered from being run over.

The incident happened two weeks ago, but the officer involved has not been identified.

Burbank believes departments across the country need to have more transparency.

“Why is the scrutiny or the concealment of what’s going on in the investigation, that much more secret than any member of the public,” Burbank said. “It is a crisis of legitimacy we are facing in law enforcement. We are not doing any good hiding, or refusing to talk about, or be open about situations just as this.”

Because the officer in question is not yet facing charges or discipline in the Millcreek incident, FOX13 is not identifying her at this time.