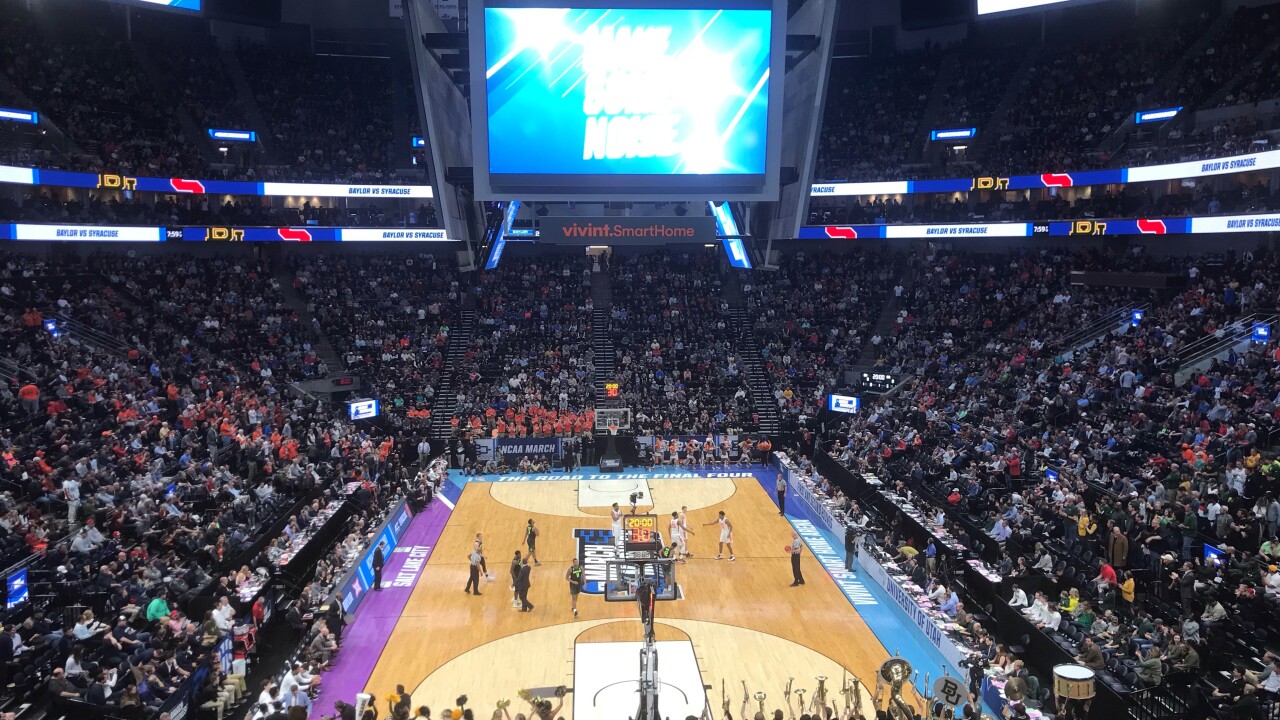 First round of the NCAA Tournament at Vivint Smart Home Arena on March 21, 2019.

Day one of March Madness in Salt Lake City is in the books and it attracted thousands of fans, both in-state and out.

Salt Lake City officials told FOX 13 that 26,000 fans are expected over the next few days during the NCAA Tournament. That number was no surprise on Thursday as long lines formed outside of Vivint Smart Home Arena.

“It’s fun to see other teams from other parts of the country and I’m a huge basketball fan so this is really fun,” John Chabin, a Kansas Jayhawk fan, said as he and his son watch fans walking through the arena during halftime of the Kansas versus Northeastern game.

“I saw Wilt Chamberlain play in Allen Fieldhouse so since then I’ve been a huge KU fan,” Chabin said.

These games have attracted people from Kansas, Texas, New Mexico, Washington and many others.

Porky Thompson, who’s a Gonzaga Bulldogs fan, came with his wife and they are having a blast watching their team battle it out.

“We are cheering them on and hopefully they get through these first two rounds just fine and the rest of it I think it’s downhill,” Thompson said.

All the fans we spoke with said they’d love to see their teams win but if they don’t move on to the next round in the tournament, they will be happy with the experience of visiting a new place and all the people watching.

John Chabin and his son drove a distance to get to Utah and they really liked what they saw along the way.

“Utah is gorgeous. We drove up from Tucson and the drive between Tucson and Utah… If you haven’t done it you got to do it because the terrain is so gorgeous.” Chabin said.