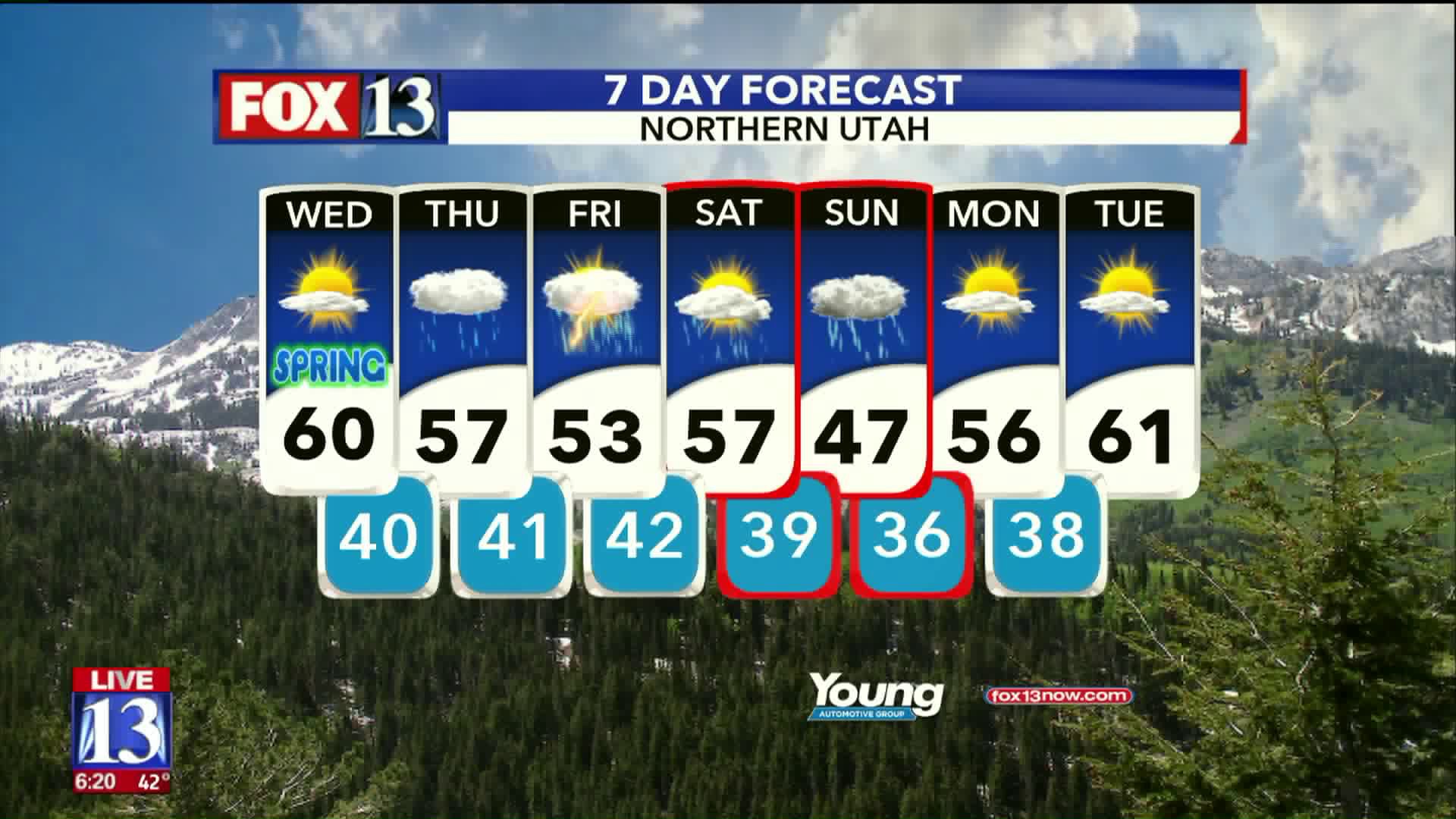 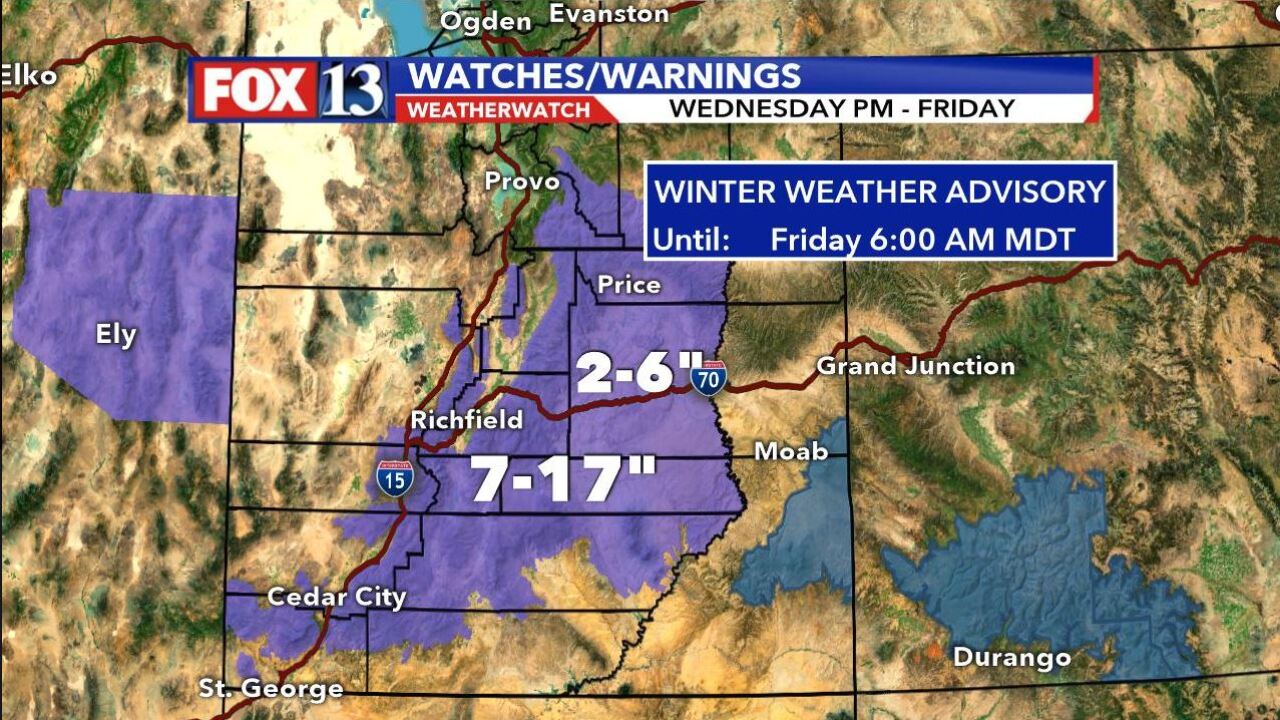 SALT LAKE CITY – Spring officially arrived today with the spring equinox and temperatures around the state hovered between the upper-50s and 60s. Saint George even hit 70 degrees on a beautiful day for most Utahns.

However, a winter storm will move into southern and central Utah Wednesday afternoon and evening before moving into northern Utah Thursday.

Winter storm warning and weather advisories are in effect for many counties in southern and central Utah.

Widespread valley rain and mountain snow is expected in the southern 2/3 of the state late afternoon or in the evening and continuing through Friday morning.

That storm may deliver heavy snow to some mountainous areas, especially in south-central Utah.

That valley rain and mountain snow will move into northern Utah on Thursday, but by then it won't be as heavy or as widespread.

The equinox officially happens at 3:58 p.m. MDT when the sun will be exactly over the equator.

The last supermoon of the year will begin four hours later in Utah.