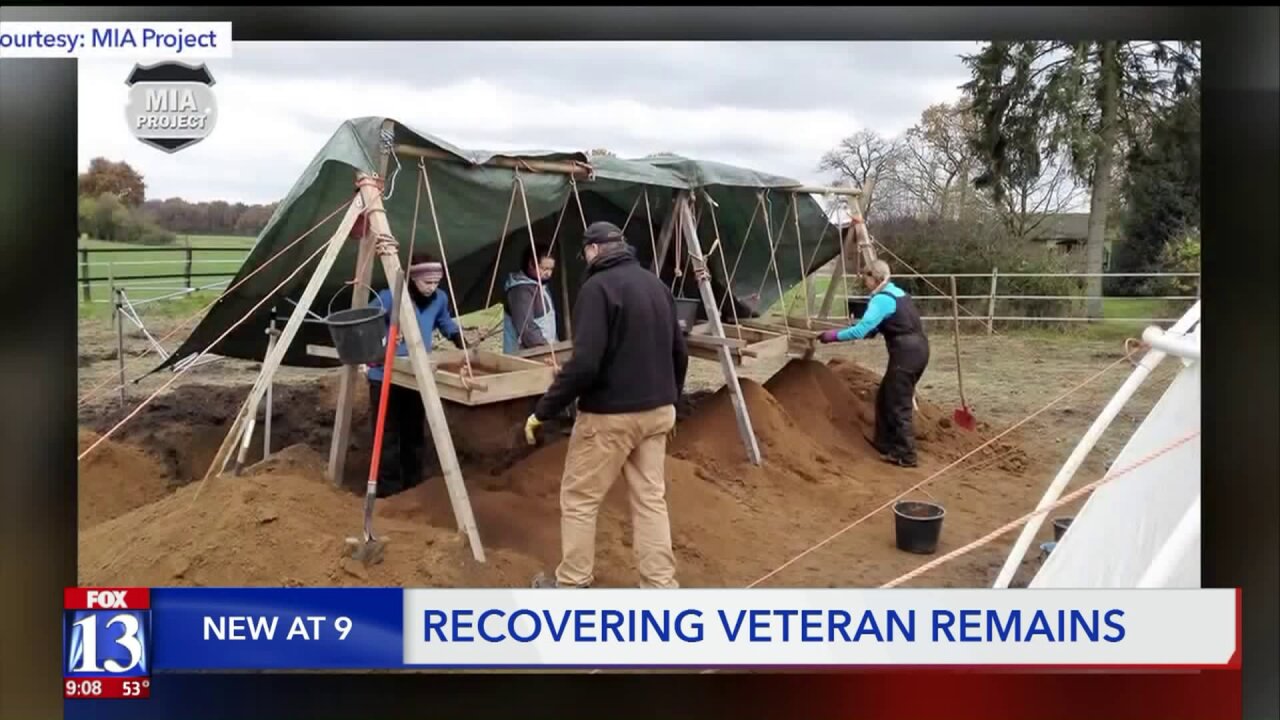 SALT LAKE CITY – Part of the team who found a Utah soldier’s remains more than 70 years after he was killed in combat in World War II is in the Beehive state for the funeral.

“When we found the pilot, Lt. Hadfield’s wings, his flight wings. They would be right over his chest in those final moments,” said Charles Thudium, a geologist who works with History Flight.

History Flight is a non-profit that travels the world trying to recover the missing remains of Americans killed in combat. Working with a German researcher, they started investigating a story of an eyewitness account of a plane being shot down near Dulmen Germany.

“There was a gentleman who was a 7-year-old boy and he and witnessed the crash of the plane,” Thudium said.

Ground penetrating radar was used to identify a spot in a horse pasture that likely contained parts of the plane Lt. Hadfield was flying. For thirty straight days in November and December of 2016, the team dug and sifted the dirt.

“You never know until you really start finding the pieces,” said Steve Cassells, another archeologist on the team.

Within the first few days of digging, identifiable pieces started appearing, like the registration plate on a gun turret that had been recovered. Slowly, more personal items, like dog tags were pulled out of the ground.

“It’s not just an item in the ground it’s also a person,” said Marina Tinkcum, another archeologist no the team.

On Tuesday, Lt. Hadfield’s remains were finally brought home to Utah. Thursday, he will be laid to rest at Veterans Memorial Cemetery in Bluffdale.