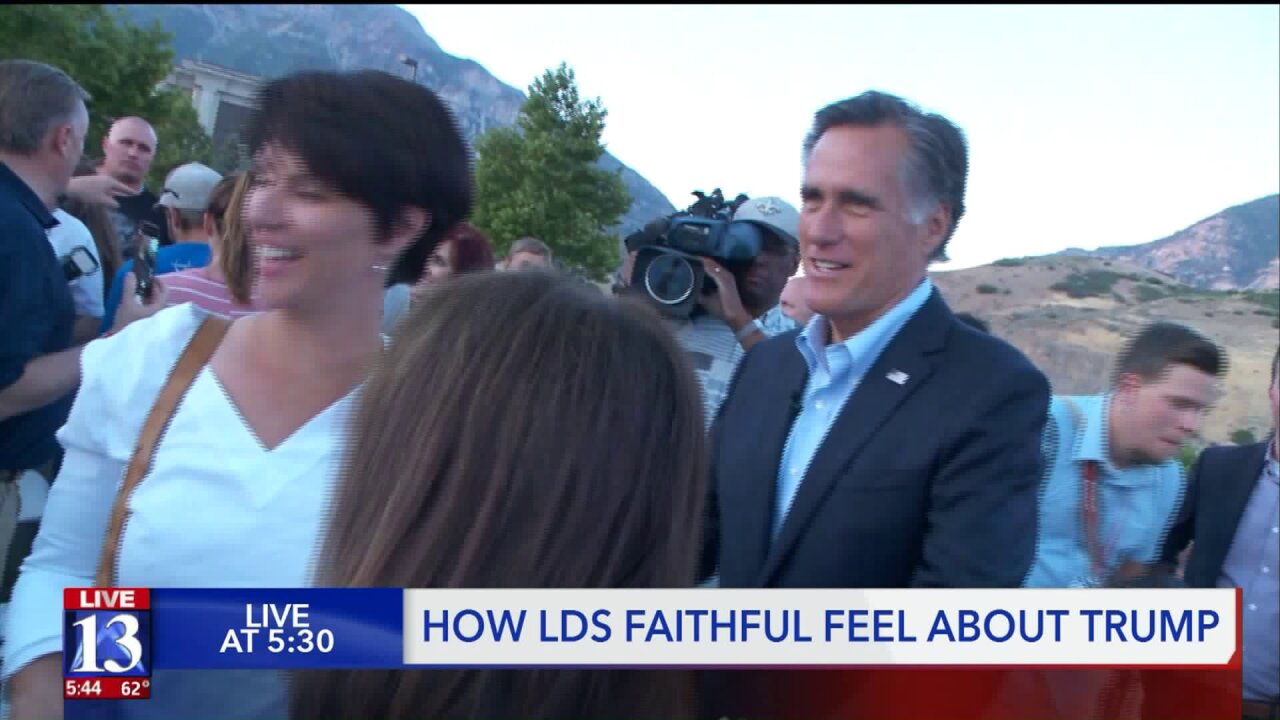 SALT LAKE CITY – The Pew Research Center sent FOX 13 some number it broke down from 11 polls of presidential approval among religious groups in order to give us a sense of how members of The Church of Jesus Christ of Latter-day Saints feel about President Trump's performance.

While that is still the case in all individual polls, Pew combined LDS responses from all 11 polls giving them a pool of 316 Mormon responses showing that 52 percent approve of President Trump’s performance in office while 39 percent disapproval.

Mormons have been more supportive of past Republican presidents. For example, 77 percent supported George W. Bush at the same point in his presidency.