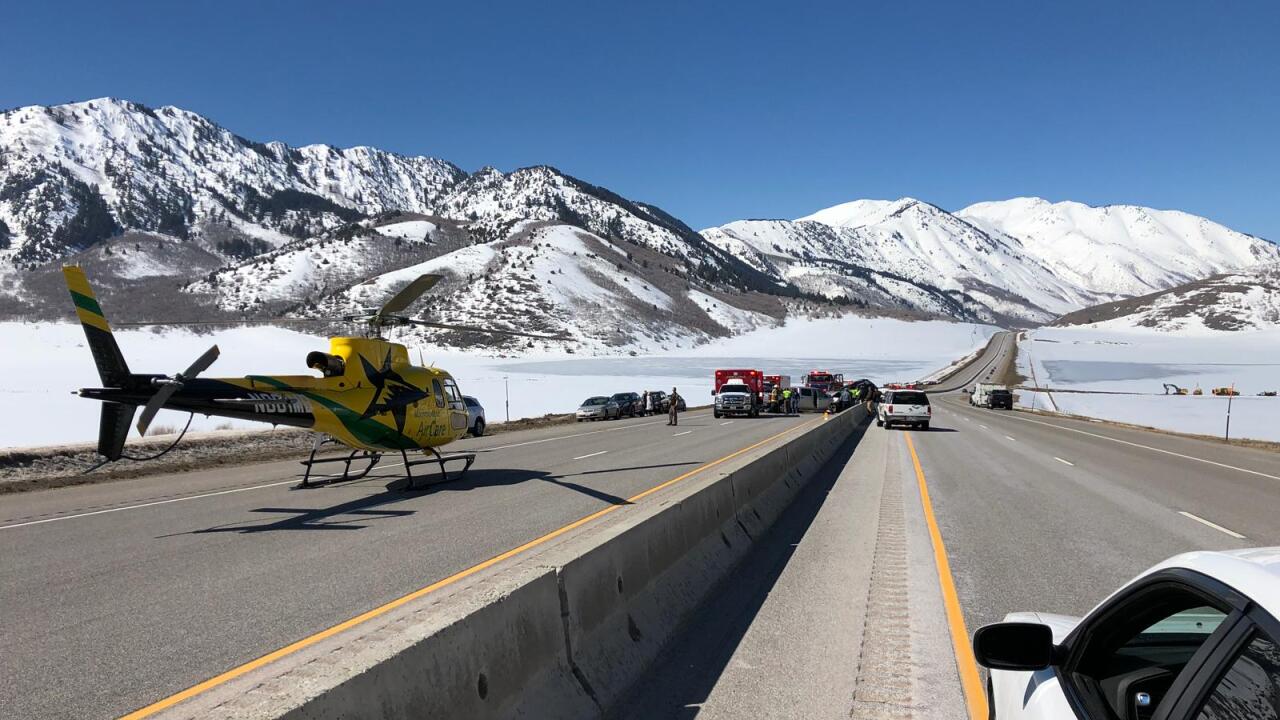 CACHE COUNTY, Utah — An 87-year-old woman died after she was involved in a head-on crash on S.R. 91 in Cache County Tuesday afternoon.

Wednesday morning she was identified as Bonnie J. Reeder of Hyde Park, Utah.

Utah Highway Patrol troopers were notified of the crash, which they said occurred near mile marker 11 in Sardine Canyon in the area known as “Dry Lake,” around 2:14 p.m.

According to a news release from UHP, witnesses said a 2014 Chevrolet Silverado crossed the median and traveled north in one of the southbound lanes, then struck a 2014 Toyota Sienna SUV.

Reeder was riding as a passenger in the Silverado. Medical personnel performed CPR on her and were able to restore the woman’s pulse.

She was taken by helicopter to Ogden Regional Hospital, where she was pronounced dead, the news release said.

A 32-year-old man who was driving the Toyota had to be extricated from the vehicle, and was transported to Logan Regional Hospital in good condition.

An 88-year-old man who had been driving the Chevrolet was also taken Logan Regional Hospital in good condition.

“Investigators are looking at fatigue or a medical condition as the cause of this crash,” UHP’s news release said.