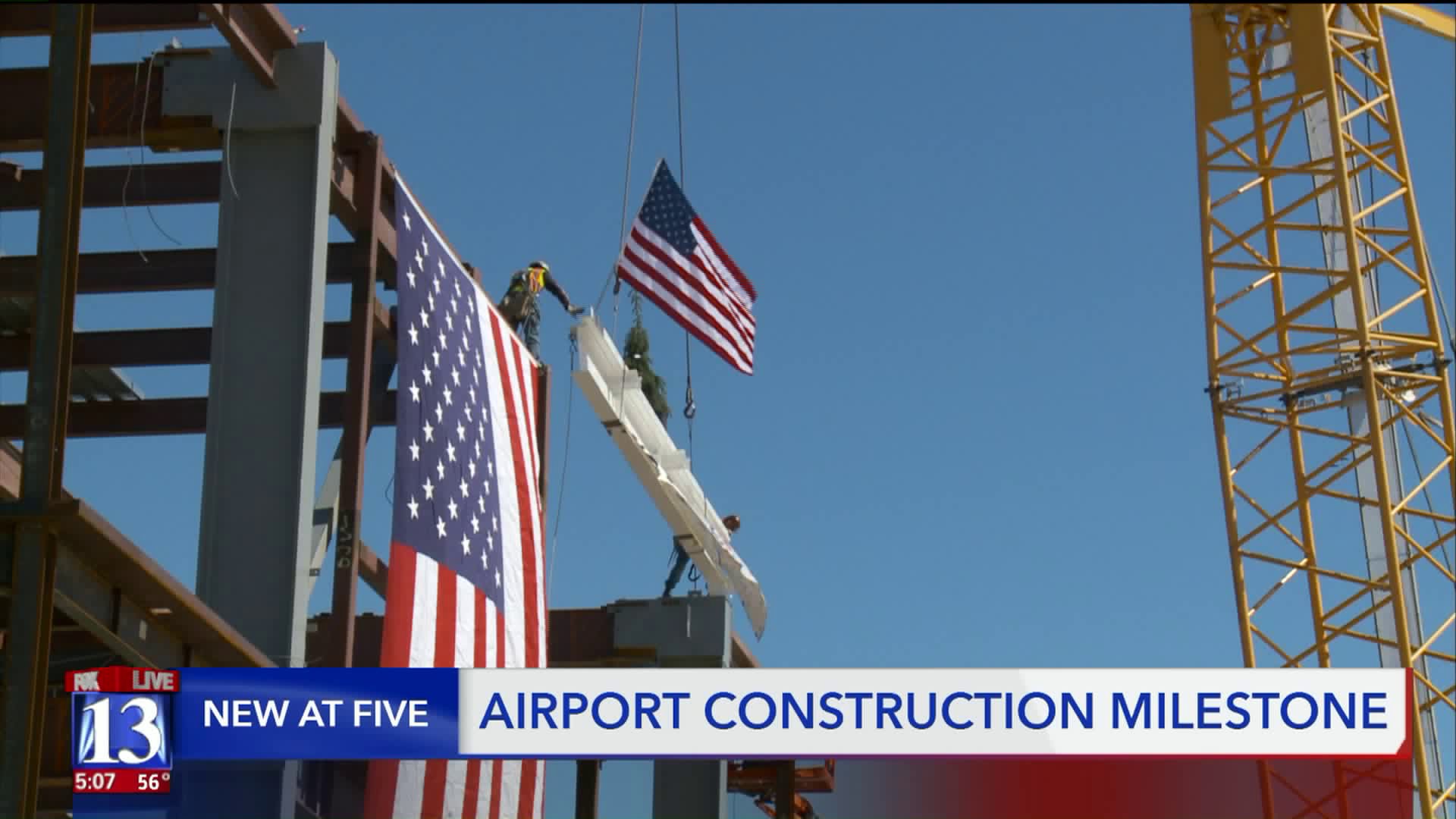 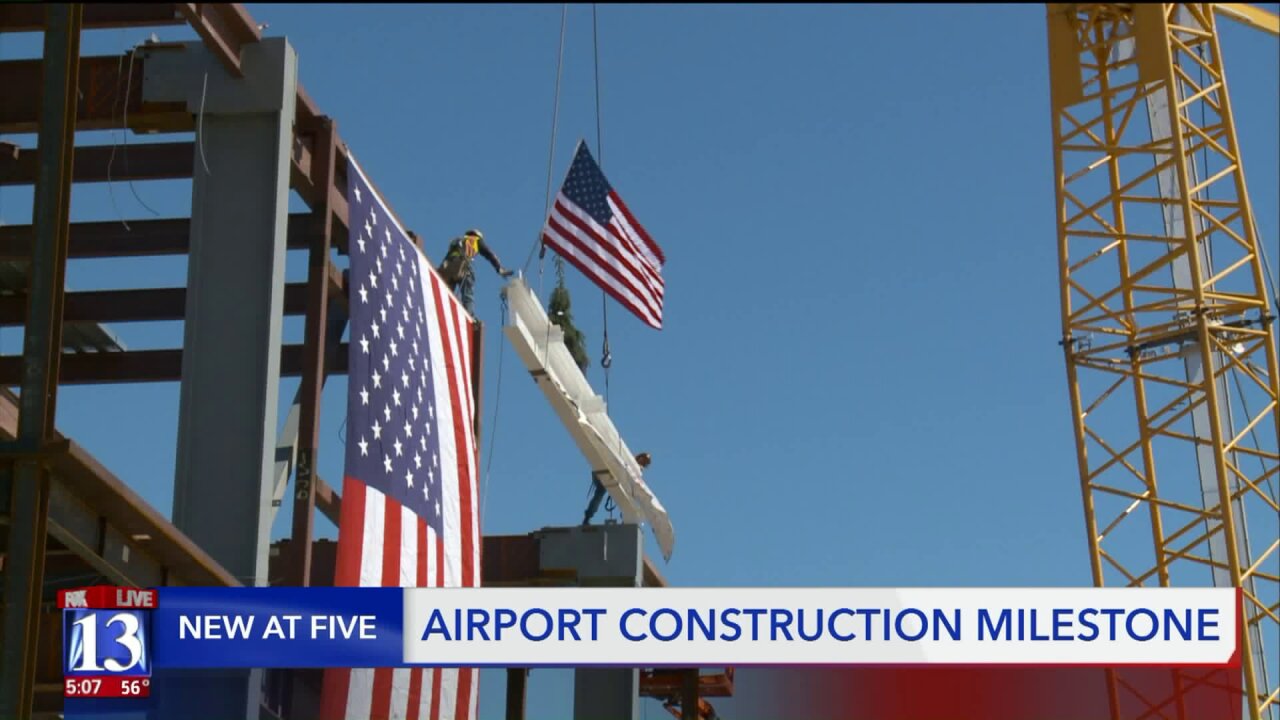 SALT LAKE CITY — Utah’s biggest-ever construction project is still on track after a tough winter, and construction workers celebrated the fact in a topping off ceremony at Salt Lake City International Airport.

“Topping off” means placing the final steel beam, thus completing the frame for the terminal, allowing workers to focus on the exterior and interior.

The superintendent for J and S Mechanical workers on the project, Jeremy Buck, said the topping off means a big transition.

“It tells me that it's time to step up and get things going,” said Buck.