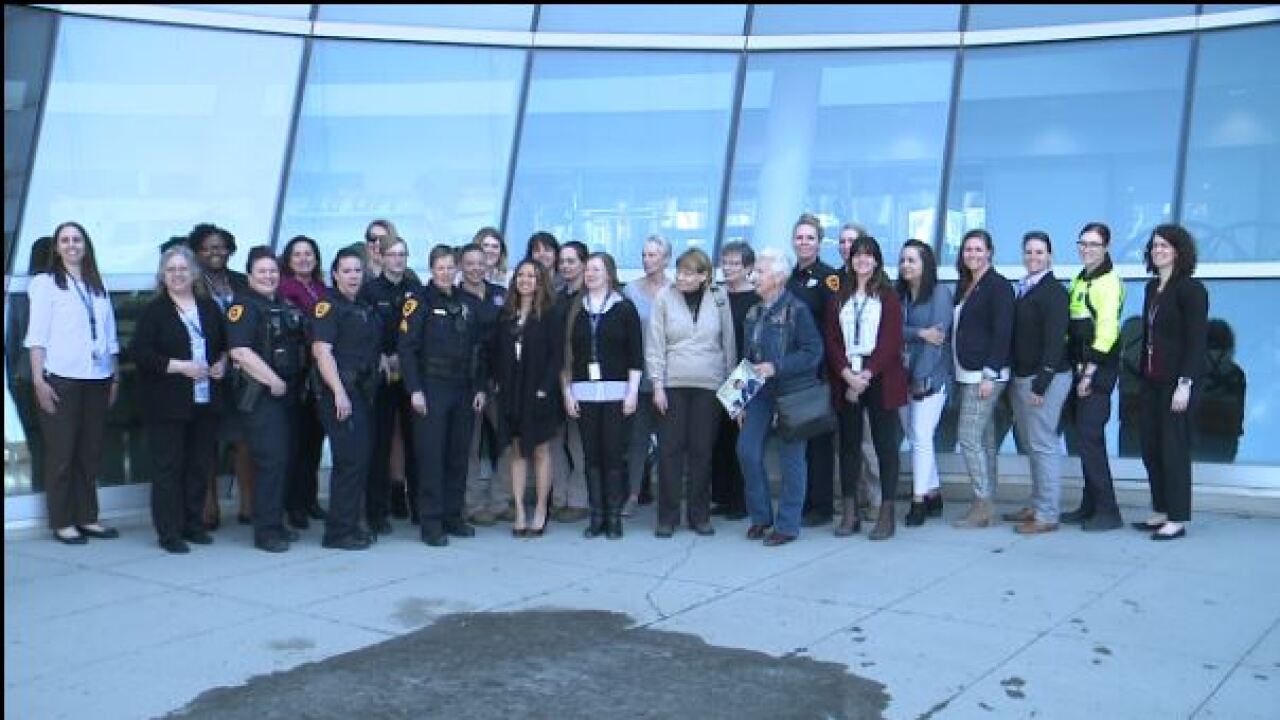 SALT LAKE CITY — With a simple click of a camera shutter, a historic moment was captured in Salt Lake City Tuesday.

To celebrate Women’s History Month, the Salt Lake City Police Department took a photo of all the women who work for them. Retired officers who helped pave the way for the police force's current female officers also appeared in the photo.

“You go from 1973 to today and I don’t know how many female officers we got now, but I’m telling you it's a lot more than three,” said Judy Dencker, a retired Captain with SLCPD.

Dencker was one of the first female patrol officers in the city. During her first years, she fought to find her place on the force.

“'Women’s place is home pregnant and barefoot in the kitchen,' like 'what are you doing here, being a cop' kinda crazy things like that,” Dencker said of the types of reactions she would get when she first started on the force.

She even remembers her first uniform that thankfully didn't last long.

“You wear a dress and skirt and try to chase somebody,” Dencker said.

She's encouraged by the now dozens of women who proudly wear the Salt Lake City Police Badge and they're anxious for the next generation of women to enter the field.

Now, this historic photo will join the records with the women who worked before them.

For #NationalWomensMonth we had past and present women of the @slcpd get together today for a picture. Thank you @slcmayor for joining us! I am so proud to work side by side with these strong leading women! pic.twitter.com/dEhQWE9mw4