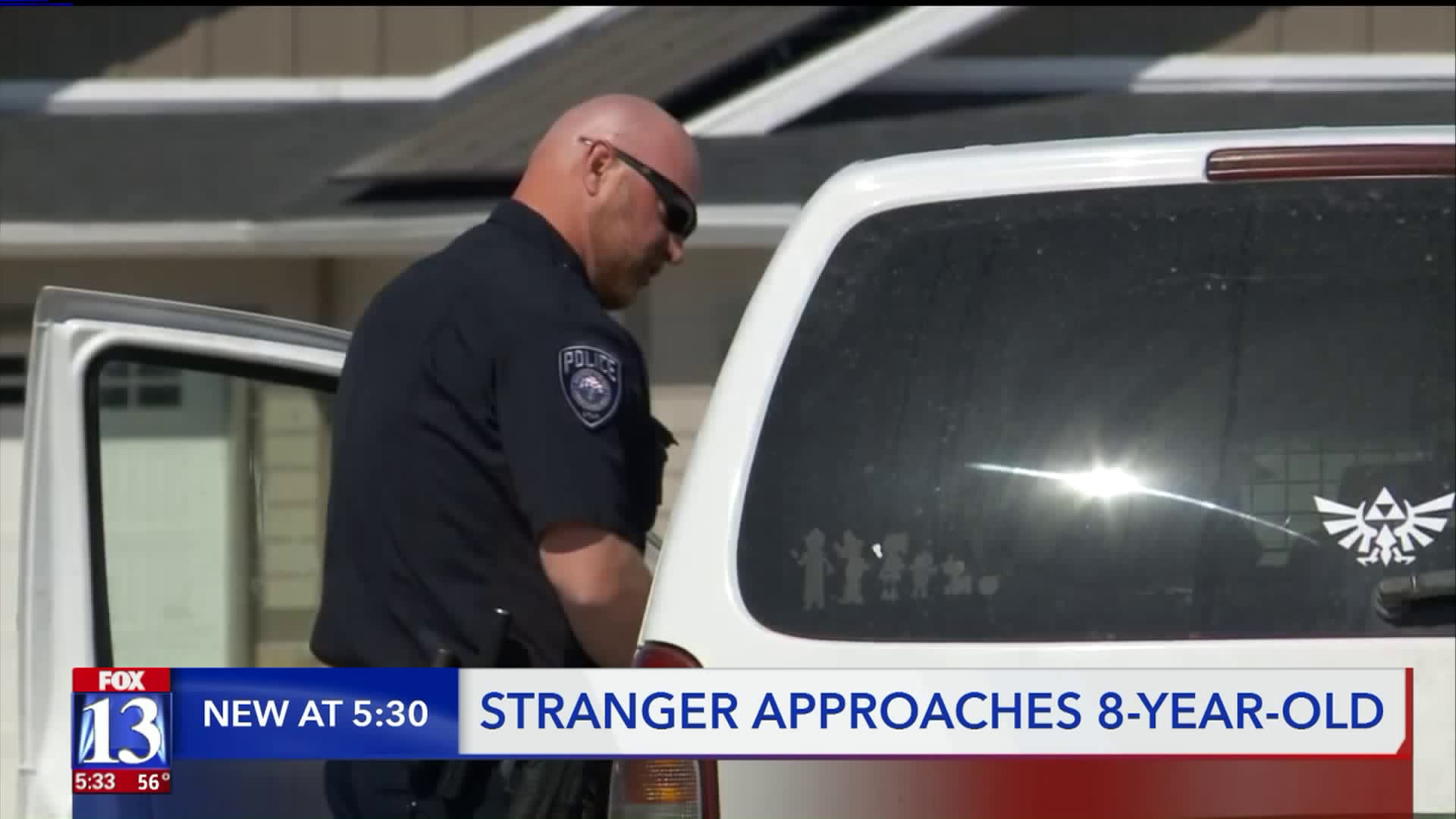 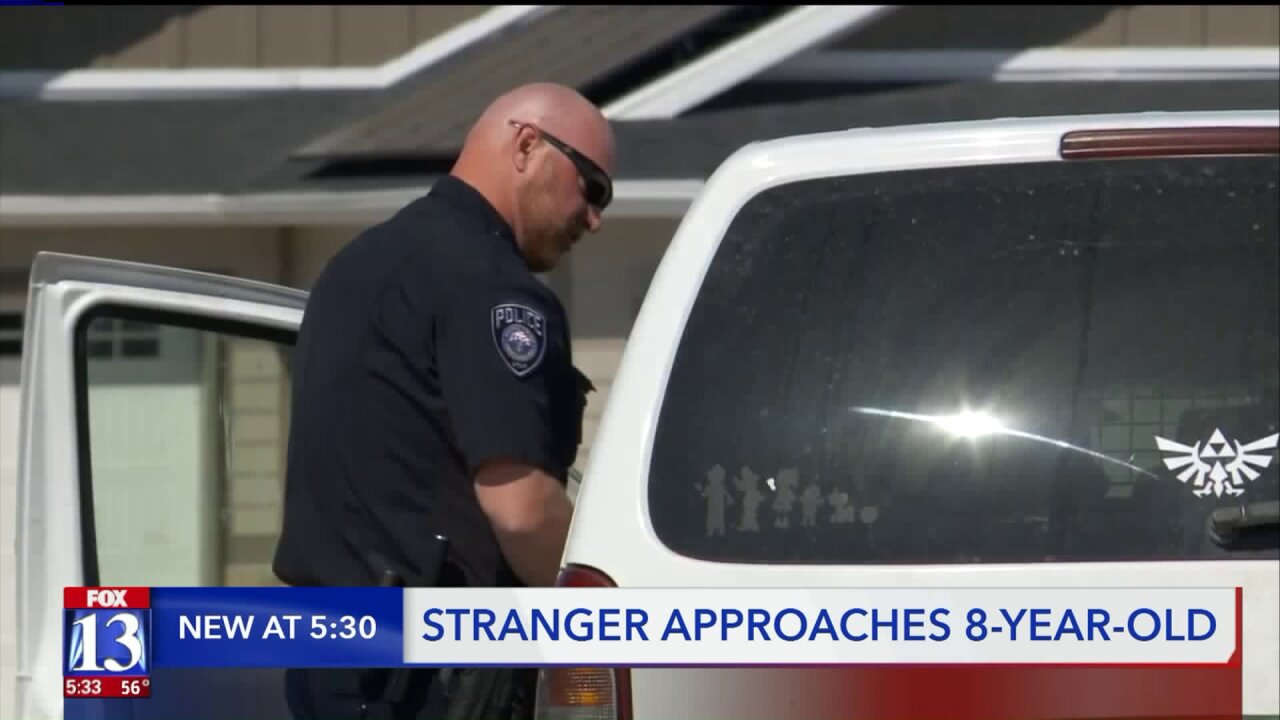 SARATOGA SPRINGS, Utah — Neighbors are on high alert in Saratoga Springs after an eight-year-old boy was asked to get into a car Monday afternoon.

Police say the boy was walking home from school when a white van pulled up next to him and the driver asked him to get in the car.

“They messed with the wrong neighborhood,” said Elle Wilsted, a neighbor.

“It kind of struck something in me a little bit. Made me a little more on edge I guess,” said Mckae Dillard, another neighbor.

The boy said "no" and the van drove off.  When the boy reported the incident to his family, they immediately approached their neighbors.

“She asked us if we had any security footage or anything and she was pretty shook up,” Dillard said.

Saratoga Springs Public Information Officer, David Johnson, says detectives are working with the child and the family to get more details regarding the white vehicle.

“It had tinted windows so the best description we have at this time is that there were three individuals,” Johnson said.

Saratoga Springs Police are not calling this an attempted abduction because there wasn’t any force involved, but they have been following up on every tip. Fox13 cameras were rolling when police approached a white van driving around the neighborhood, but it turned out to be an innocent painter working on a construction project.

“Hopefully with all the footage that’s going around someone will be able to find a license plate or something,” Dillard said.

While police are appreciative that neighbors are trying to help by checking their security footage, they’re also reminding the community to leave the investigating to them.

However, until these suspects are caught, these moms will be checking every corner, keeping their eyes peeled for a suspicious white vehicle.

“I’m just hoping they slip up enough and make enough mistakes that we catch them,” Wilsted said.

Police are recommending that children walking home from school stay in groups, not only to deter would-be abductors, but also provide an extra set of eyes if something like this happens again.