Remains of missing WWII pilot returned to his family in Utah 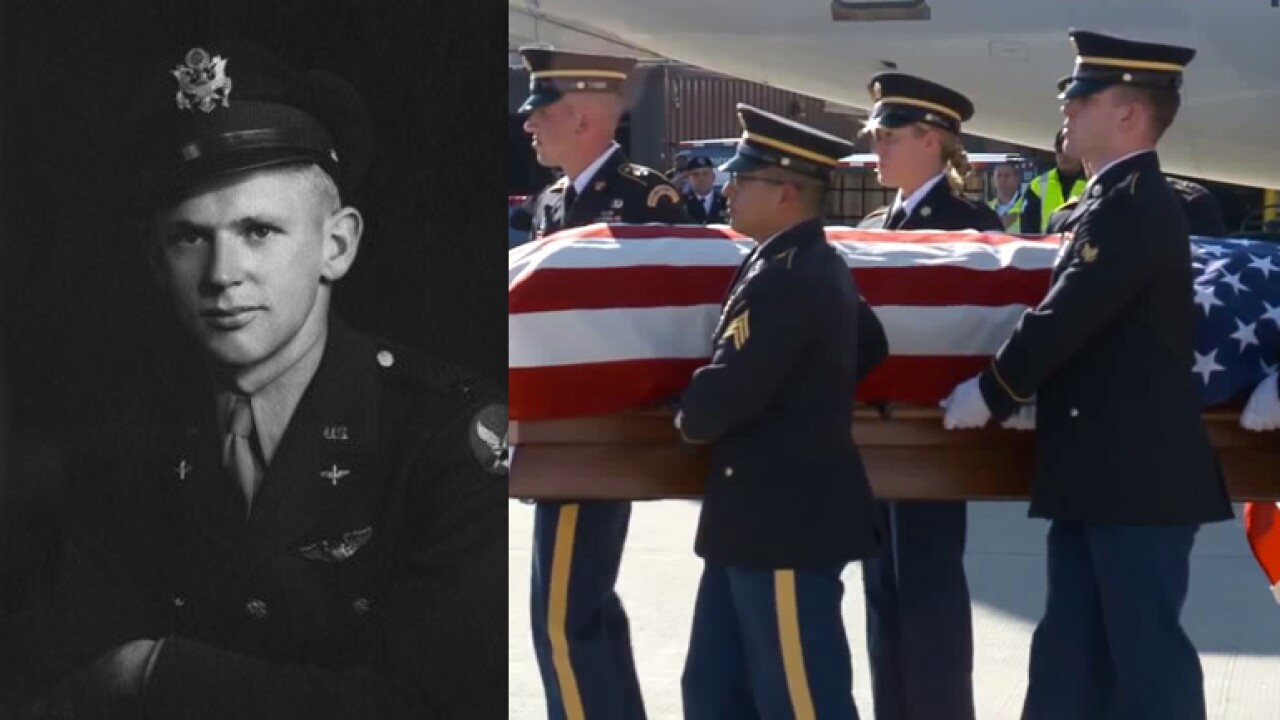 SALT LAKE CITY — The remains of a World War II pilot who disappeared 74 years ago while flying a mission over Germany were returned to his family in Utah Tuesday.

Second Lieutenant Lynn W. Hadfield, of Salt Lake City, disappeared on March 21, 1945 after the aircraft he was piloting was hit by anti-aircraft fire.

“Only thing my mother and my grandmother knew, his mom, was that he was shot down over Germany and that was it, for years and years," said Mary Ann Hadfield-Turner, Hadfield's daughter. “I didn’t think that after 74 years he would come back and that I would be here to see this.  It’s incredible.  No language has these words.”

According to the Utah National Guard, Hadfield had been flying an A-26B plane during a combat mission to Dülmen, Germany when he disappeared. He was part of an effort to obstruct German troop movements in preparation for the Allied Crossing of the Rhine River.

"The Defense POW/MIA Accounting Agency identified Hadfield's remains on December 13, 2018. The Utah National Guard is grateful to Mr. Adolph Hagedorn, the government of Germany, DPAA and History Flight, Inc., for their combined efforts in bringing Hadfield home," a tweet from the Utah National Guard said.

Hadfield will be buried with full military honors and a military aircraft flyover on Thursday, the 74th anniversary of his disappearance.