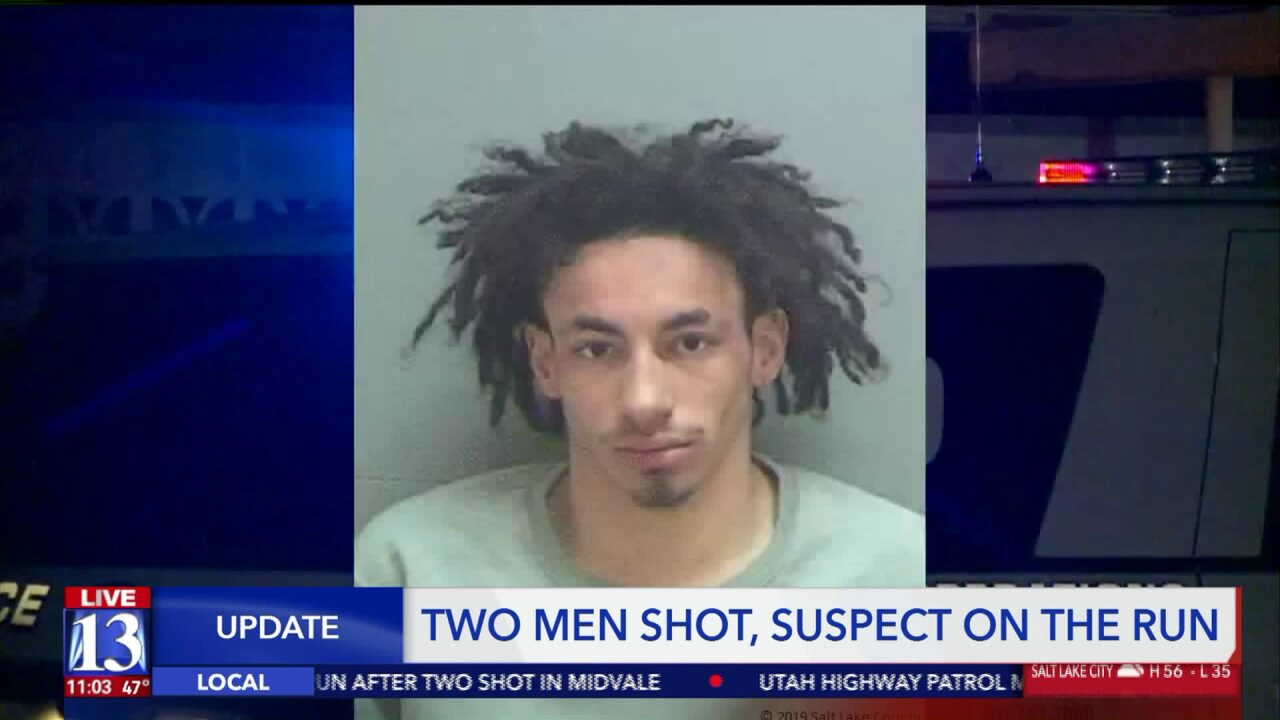 MIDVALE, Utah -- Several people were injured in a melee that became a shooting Sunday night, and two of them were hospitalized with gunshot wounds.

Now it appears all of them are going to wind up in jail, as police said the shooting stemmed from not one but two drug deals gone bad.

So far police have arrested 18-year-old Randon Cummings and booked him into the Salt Lake County Jail, where he faces charges of aggravated robbery and assault.

Detectives now tell Fox 13 that Cummings and another man showed up at the Chelsea Park apartments in Midvale, near 7351 South Catalpa Street, Sunday night to conduct an illegal drug transaction around 10 p.m.

They said Cummings and the other man did the same thing the night before involving the same alleged customers.

But this time the alleged dealers were contacted through a different social media account and had no idea they were dealing with the same folks from the night before.

Those potential customers, having allegedly been burned the night before, were waiting for Cummings and his partner and it didn’t take long before the brawl broke out and two teens wound up getting shot.

Sgt. Melody Gray of the Unified Police Department said a knife was also involved in the altercation.

"We found our white suspect is the one who had the gun, and he pulled out that gun and he was beaten severely," Gray said. "Our victims are telling us that they stabbed him, and he was beaten with a skateboard, so our suspect that is still outstanding is wounded in some way."

Police are still searching for Cummings’ associate, who fled the scene. They said he is likely pretty banged up and might need medical attention. He was described as a black male between the ages of 18 and 20 and was last seen wearing a dark hoodie.

Meanwhile, according to police, the victims who were shot will likely be facing felony charges relating to the assault and stabbing.

If you have any additional information about this case, you can call Unified Police at 801-743-7000.