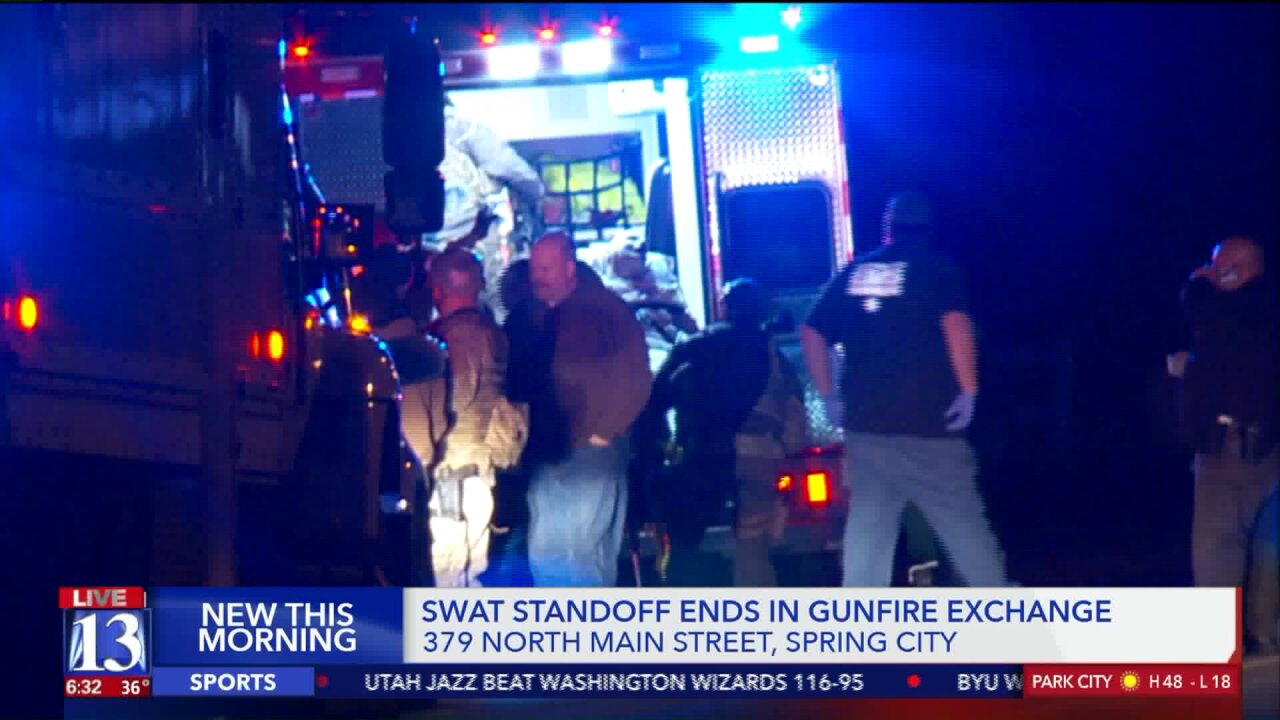 SPRING CITY, Utah — A man was wounded in an exchange of gunfire with SWAT members after police say he fired at officers during a stand-off situation in Spring City.

The incident began around 5:30 p.m. Monday at 379 North Main Street after Sanpete County Sheriff’s deputies got a call about a man firing a gun.

Deputies arrived and tried to contact the man, 53-year-old Paul Harward, but said he was uncooperative and refused to exit the home.

After Harward stopped communicating with deputies the Utah County Metro SWAT Team was called in to assist.

"They continued to try and make contact,” said Det. Derick Taysom of the Sanpete County Sheriff’s Office. “They initiated, put lights up, made call outs to the male barricaded inside of the residence. And after a period of time the male came out and started firing at police officers, and officers returned fire."

Harward was hit at least once in the exchange of gunfire. His condition is unknown but he is stable.

The motive for the initial shots fired call is not clear.

Spring city is a small town located along US-89 in Sanpete County between Ephraim and Fairview.