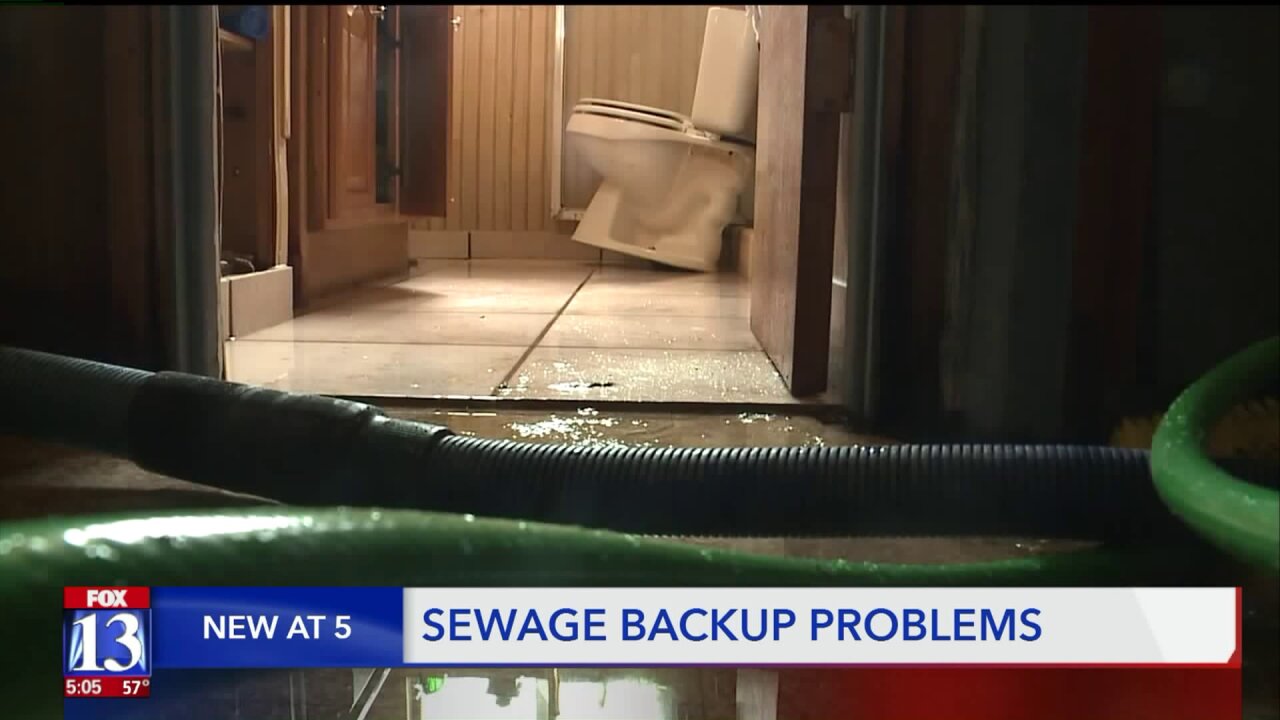 While the city is taking responsibility, one woman accuses them of two back-ups that have forced her out of her home.

The sewage pipe is ten feet down on 2300 North between 350 and 450 West. As of Monday evening, workers were unable to learn if there is a major blockage or the pipe collapsed.

“We just couldn’t get the water to stop coming up,” Brittney Garner said.

About a foot of raw sewage spewed into Garner’s basement Sunday afternoon, forcing Garner, her child and six roommates to find a new place to live for a while.

Outside, crews dug deep to fix 100 feet of compromised sewer line. On Sunday, the city asked residents to limit the flow of water going into the sewer system on 2300 North.

“We just don’t know until we get down to it,” Mayor Howard Madsen said.

The city expects to pay up to $60,000 to repair the line. Garner’s basement is still in the middle of repairs after the first sewage back-up in January. She blames the city for that one, too.

“There is no way it was from our house. No way,” Garner said.

Mayor Madsen isn’t so sure. The isolated flooding likely came from a lateral line to the home, he says, making it Garner’s responsibility, not the city’s.

This time around the city won’t wait to find out.

“We want it fixed right now,” Mayor Madsen said. “If our insurance company deems it our problem, we will certainly be behind them and take care of it.”

Another home next door also had sewage in the basement Sunday. The owner said her damage is minor and is working with the city for repairs.