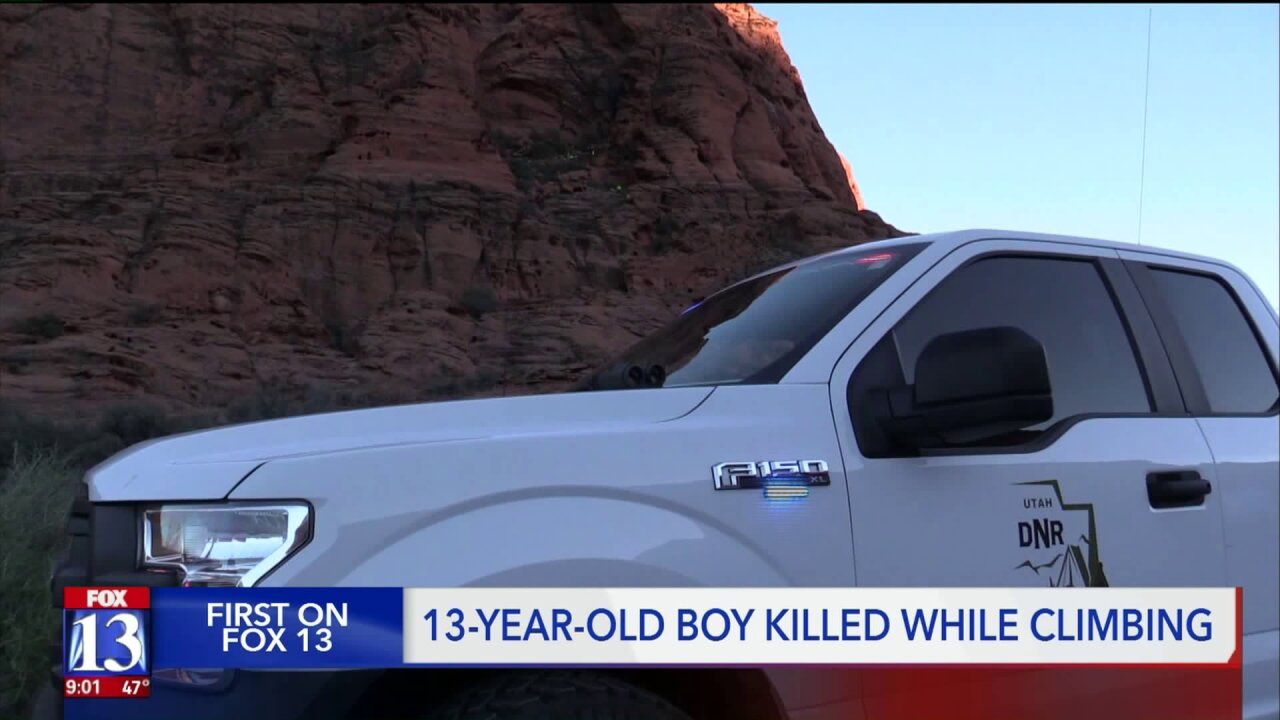 SNOW CANYON STATE PARK, Utah -- A 13-year-old boy who fell to his death while free climbing in Snow Canyon State Park Sunday has been identified.

A press release states 13-year-old Elijah Baldwin of Farragut, Iowa died after falling an estimated 75 to 100 feet while recreating in the area with family.

Eugene Swalberg, a spokesperson for Utah State Parks, said the boy was in the area known as Pioneer Names and fell sometime between 4:15 and 4:30 p.m.

Swalberg said the boy was vacationing in Utah from Iowa and was with his mother and two siblings when he began free climbing.

"Free climbing is understood to mean he was scaling the rock cliffs without the use of climbing gear or protective equipment," a press release from the Utah State Parks stated. "Elijah received fatal injuries as a result of the fall."

"He was from out of state with his family, just out visiting the area and he just, you know, wanted to go climb and just an unfortunate accident that happened," he said. "It's a tragic accident. Our hearts go out to the family, the people he was with."

No one witnessed the boy fall, and he was pronounced dead at the scene.

He was climbing in a popular area just south of where Mormon pioneer names are etched into the stone.

"Our sympathy’s go out to his family at this very difficult time," the press release issued Monday states. "Utah State Parks encourages visitors of all ages and abilities to enjoy the wonderful natural environment present in our parks. We also encourage them to take necessary precautions and to be familiar with their surroundings to help ensure a safe and enjoyable outing."