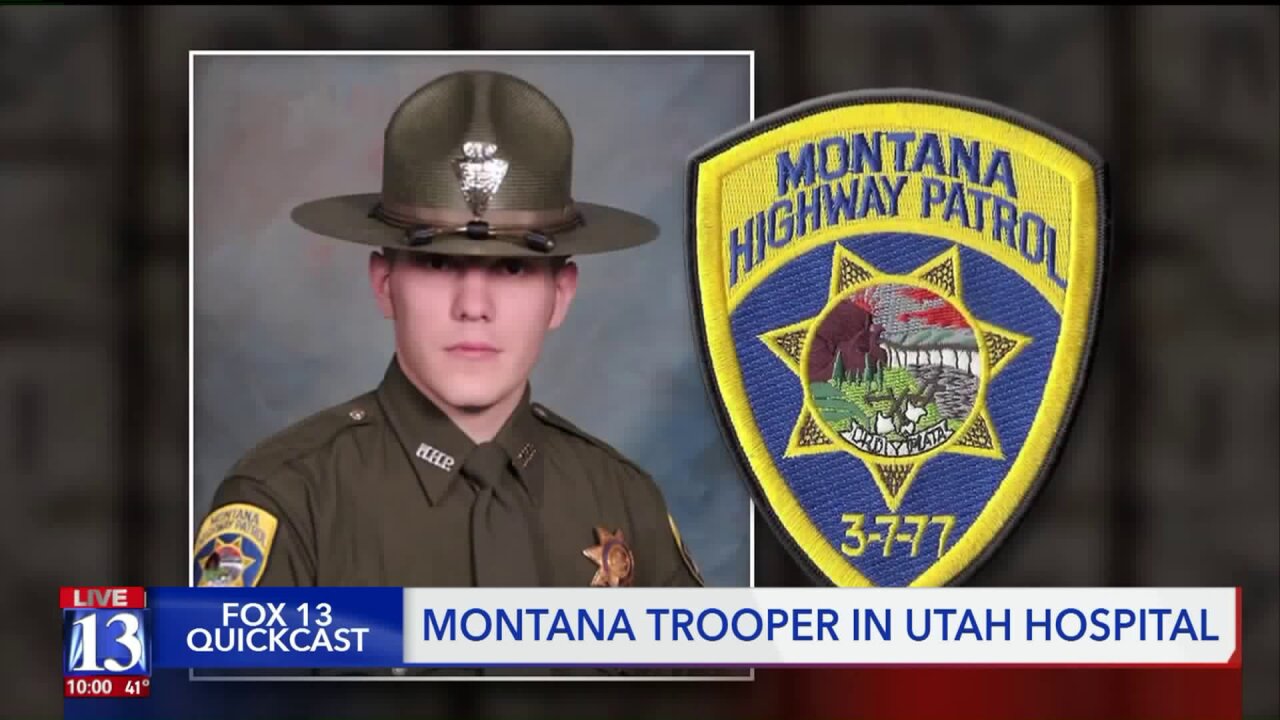 SALT LAKE CITY — For the first time Saturday night, we heard from those close to a Montana Highway Patrol trooper, who remains in critical condition at the University of Utah Hospital.

“We won’t leave his side, there’s going to be somebody here for the duration, until he’s back in Montana,” said Sergeant Sean Finley, Palmer’s supervisor with the Montana Highway Patrol.

“He’s a hero, he deserves this,” Finley continued.

Palmer was shot in the line of duty Friday while addressing a suspect, believed to have fatally shot another person in the area near Missoula, Montana.

“That’s what he does, he does the right thing, he supports the mission of the highway patrol and he’s out there saving lives,” Finley continued.

One man has been taken into custody, police have not yet released his name.

“It was a violent act and there’s all sorts of emotions that I’m feeling,” Finley said.

Palmer was LifeFlighted to Salt Lake City, where he remains in critical condition.

“There are some rough moments, but we’re family and this is what we do,” Finley said.

And while emotions are running high, the boys in blue from Montana and Utah will stay by his side.

“This act doesn’t define us as a community, this act makes us stronger and family takes care of their own,” Finley said.

A fundraising page has been started for trooper Palmer — in under a day more than 100-thousand dollars was raised.

He spoke to Fox 13 late Saturday Night, and thanked everyone for the support for Sgt. Palmer and the Montana Highway Patrol.

"Leading that effort is the Utah Highway Patrol, which have been absolutely incredible," Fox said. "They have two troopers that are at the hospital one just outside trooper Palmer's door having a vigilant watch for him all the time, individuals from the Fraternal Order of Police have come up with food and help with lodging for the family. I've rarely seen this kind of outpouring of support."