1 arrested, 1 sent to hospital after rollover on Dixie Drive 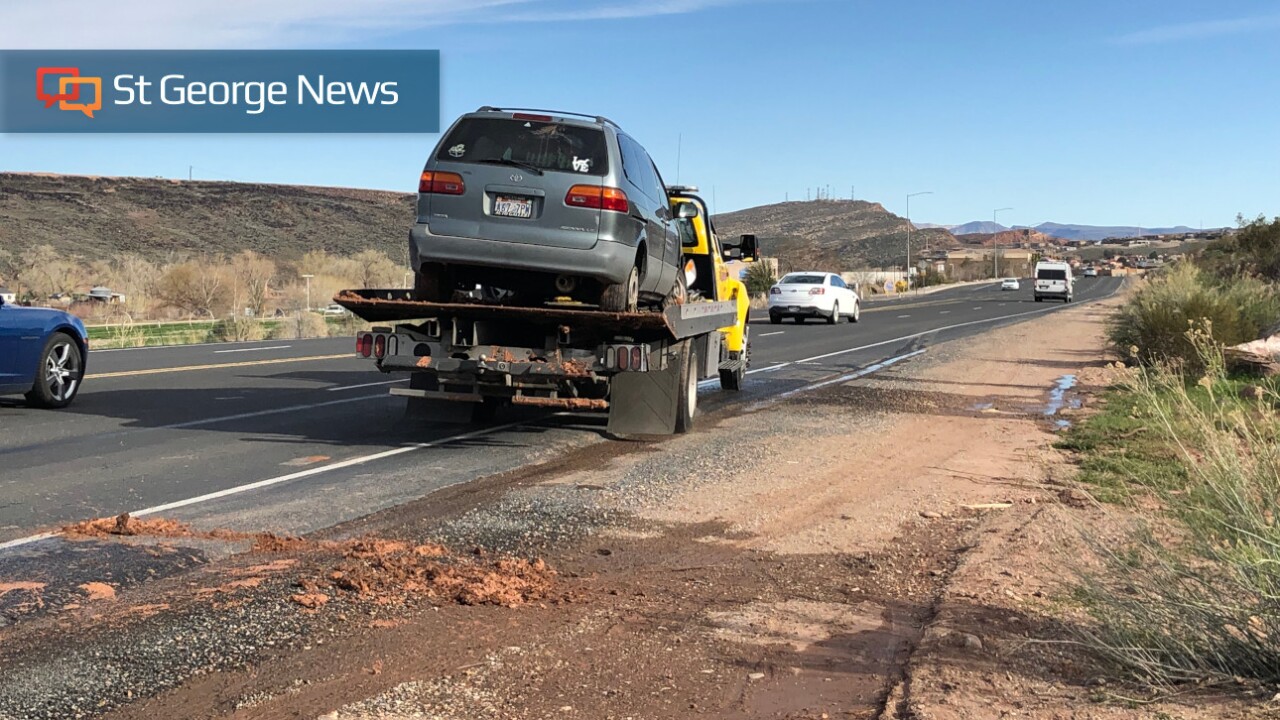 A minivan is towed away after a rollover on Dixie Drive in St. George, Utah, March 15, 2019 | Photo by Joseph Witham, St. George News

ST. GEORGE — One person was sent to the hospital and another was arrested after police say an argument in a minivan triggered a rollover on Dixie Drive Friday evening. The St. George News reports.

Emergency personnel responded to the single-vehicle rollover shortly before 5 p.m. in the area of 1200 South on Dixie Drive involving a Toyota Sienna with two occupants, a male driver and female passenger.

St. George Police Lt. Jordan Minnick said a domestic-related incident occurred between the driver and his passenger as he was driving south on Dixie Drive.

“Based on the actions that were going on inside the vehicle, it caused the driver to lose control of the vehicle and it crashed,” Minnick explained.