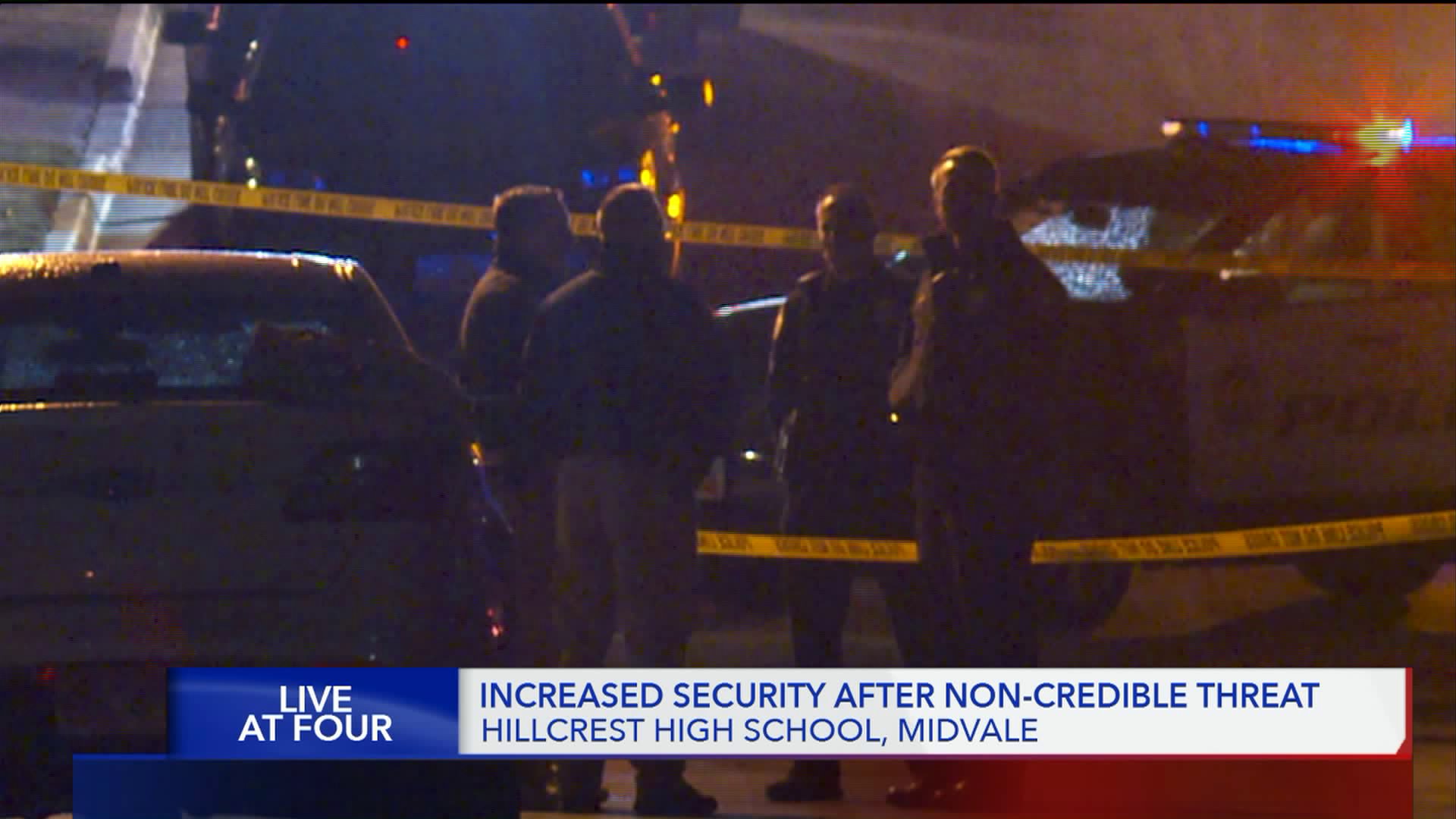 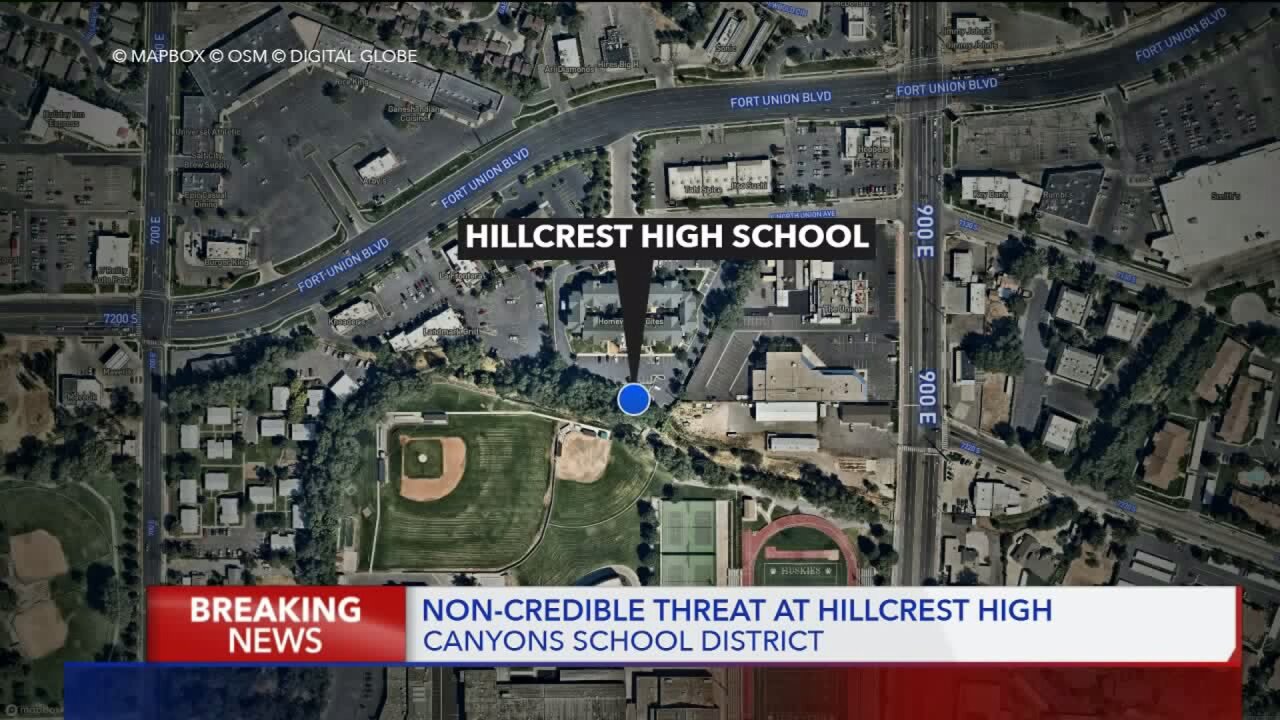 MIDVALE, Utah -- There will be an increased police presence at Hillcrest High School Thursday after a report of graffiti that could be construed as a threat, but police do not believe there is any danger.

Kirsten Stewart of the Canyons School District said they were made aware of some graffiti in a school bathroom Wednesday afternoon.

That graffiti could be construed as at threat, Stewart said, so they alerted police. Police did not believe the graffiti amounted to a credible threat.

The district notified all households with students who attend Hillcrest but said they believe students will be safe at school Thursday. Counselors are available to speak to any students who have concerns.

There will also be an increased police presence at the school out of an abundance of caution, and administrators and faculty members plan to spend more time in the hallways to be visible and reassure students.

Stewart said while the threat is not considered credible, they take any threat against a school seriously and if they locate the vandals they will be held responsible by both the district and by police.