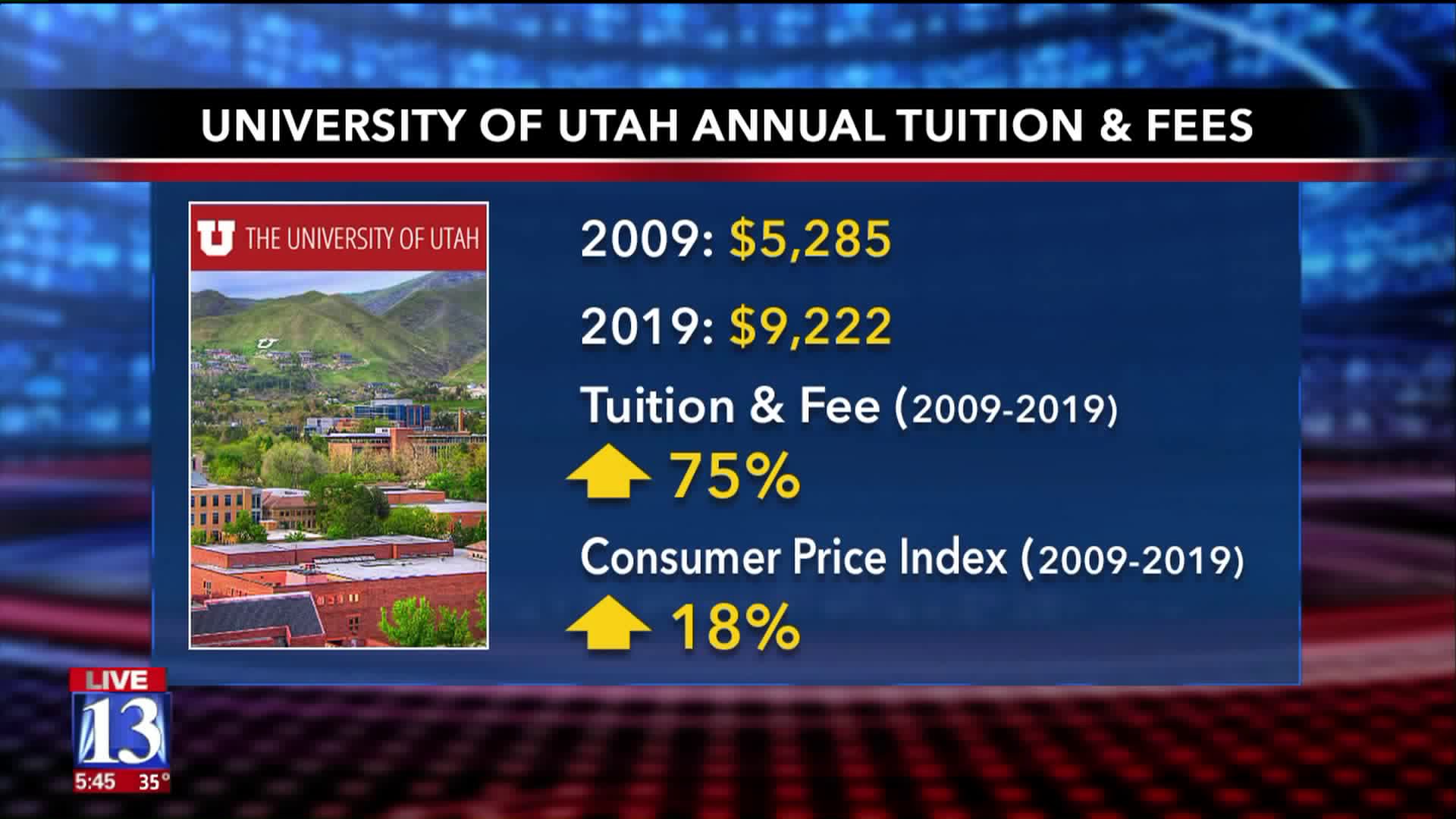 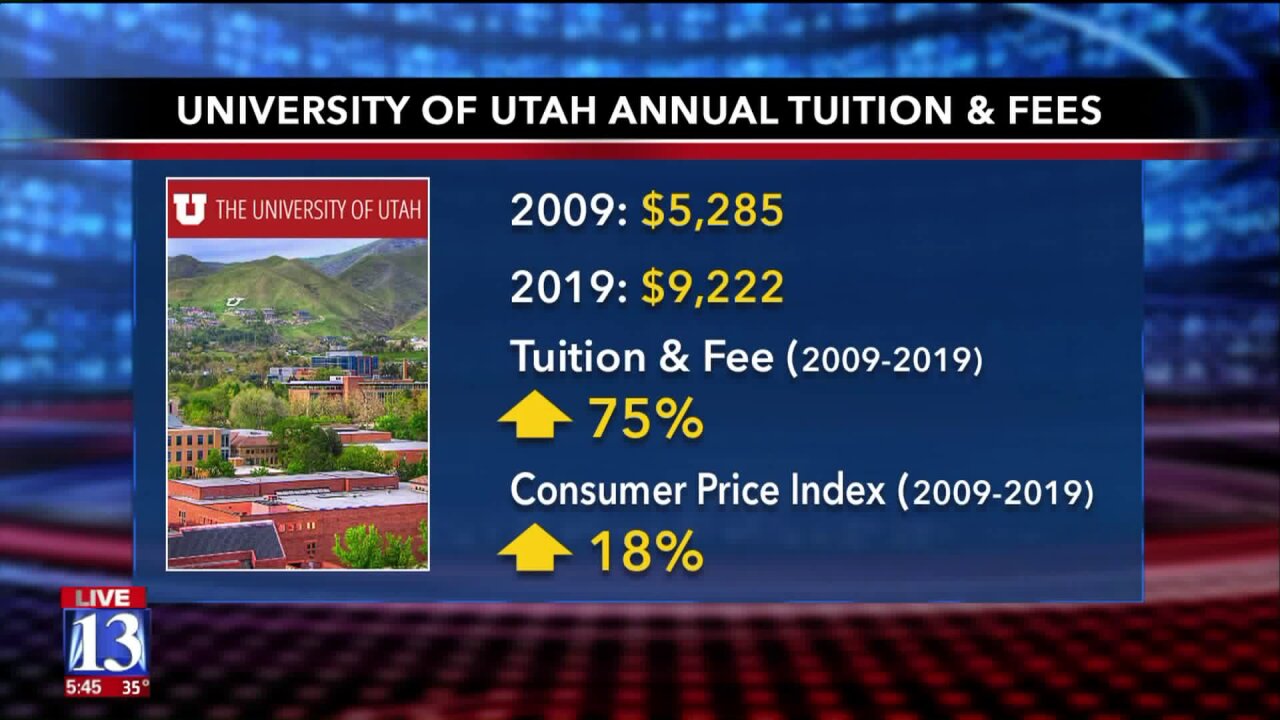 SALT LAKE CITY — The University of Utah is asking for permission to raise tuition by 3.9% in the coming year, and the Board of Trustees gave initial approval Tuesday night.

The increase would be across the board, impacting residents and non-residents, and graduate students in proportion to their cost of attending.

In a presentation to the board, the University emphasized it’s position as the least expensive institution in the PAC 12, and less expensive than all schools in the Big 10 as well.

While true, the increase would continue a more than ten-year trend of annual increases.

That tuition and fee inflation is more than three times higher than consumer inflation over the same period, which was under 18%.

The University says a majority of the increase would go to retaining and hiring quality faculty members.

The decision will have to get final approval from the State Board of Regents after a public “truth in taxation” hearing at the University on the afternoon of Tuesday, March 19.