Man buys $1,000 of cookies, tells Utah Girl Scouts to hand them out 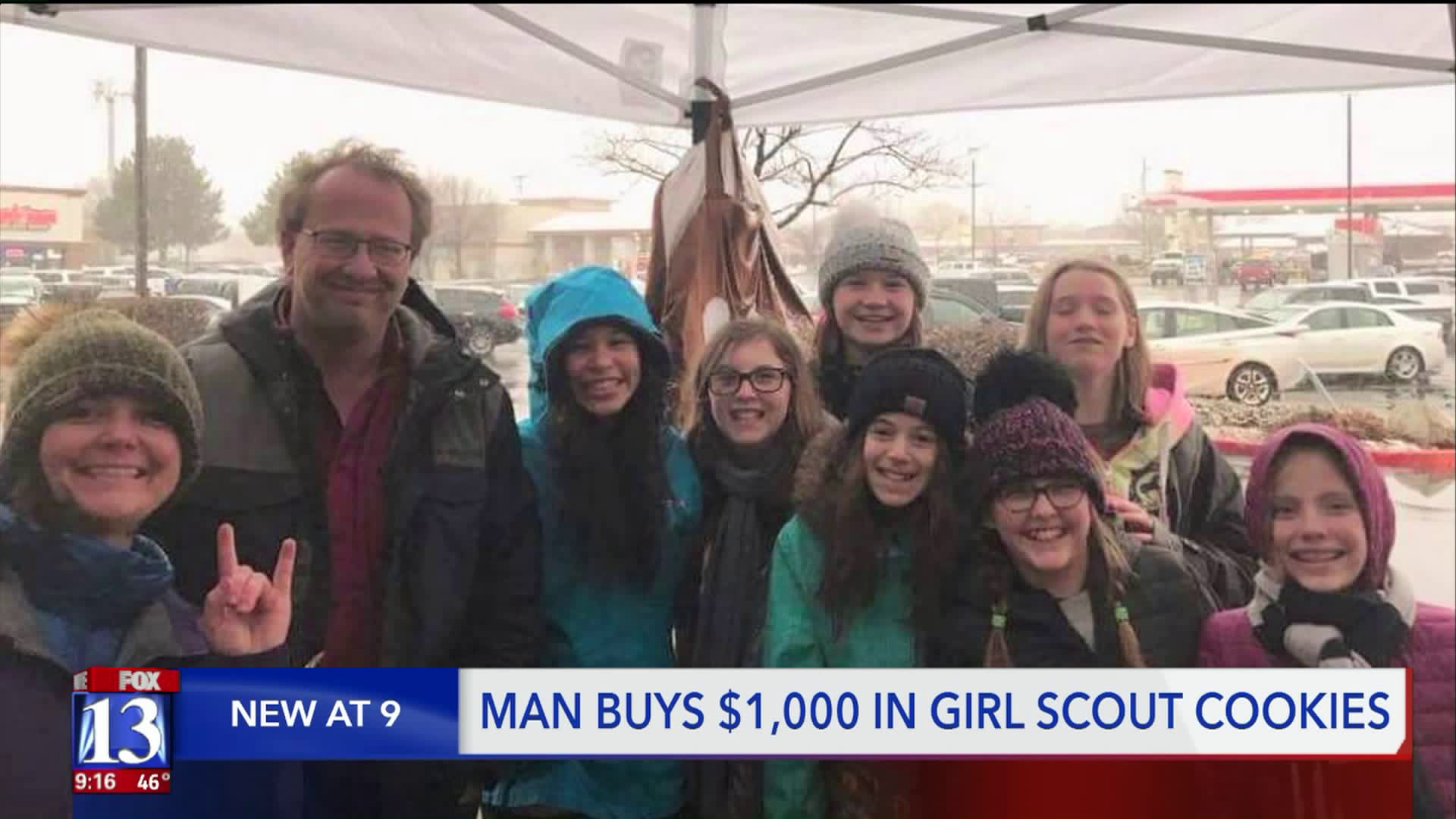 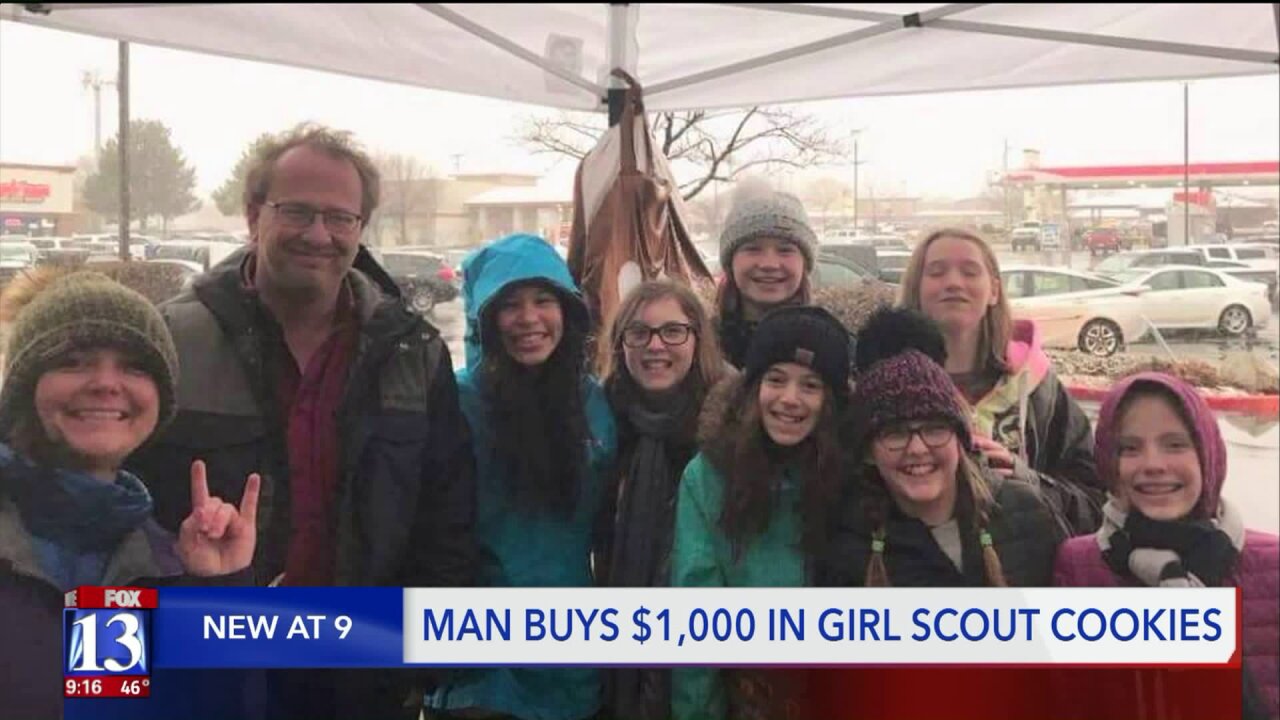 SOUTH JORDAN, Utah – It's Girl Scout cookie season and Troop 455's booth is a well-oiled machine, giving the girls a taste of success through their cookie sales.

"It helps our math, we learn to deal with customers, it's just really fun," said Liliana, a Girl Scout with Troop 455.

But last week presented a different, unexpected life lesson for the girls and their leaders.

"Disbelief," Liliana said about the event. "I didn't think that it was real."

On a cold and snowy Friday night, Daryl Smith walked up to their booth.

"We were selling cookies and this really nice man came up and said I'll buy $1,000 worth of cookies and I thought he was joking," Liliana said.

That's 250 boxes of cookies – and not a single box left the booth with Smith.

"He wouldn't even take a single box for himself," said Autumn, a Girl Scout with Troop 455.

Instead he asked the girls to give them away to customers as they left the store.

"Most people didn't believe us," Liliana said. "They thought it was a scam."

"People would respond, 'No – no way,'" Autumn said. "That doesn't happen; nothing in this world is free."

It was an unforgettable moment for the girls as they handed out hundreds of boxes over two days.

"We've never had something like this and this was a cool experience because we were out there in the freezing cold wanting to go home and we just got to give away cookies," Autumn said.

For Smith, seeing the girls smile was priceless.

"We always try to do something to pay it forward and maybe someone else will too," Smith said.

According to the troop, the generous offer taught an important lesson the girls won't forget anytime soon.

"I thought it was really kind of him and generous," Liliana said.

If you still need your cookie fix, they may not be for free, but booths will be up outside stores until March 24.