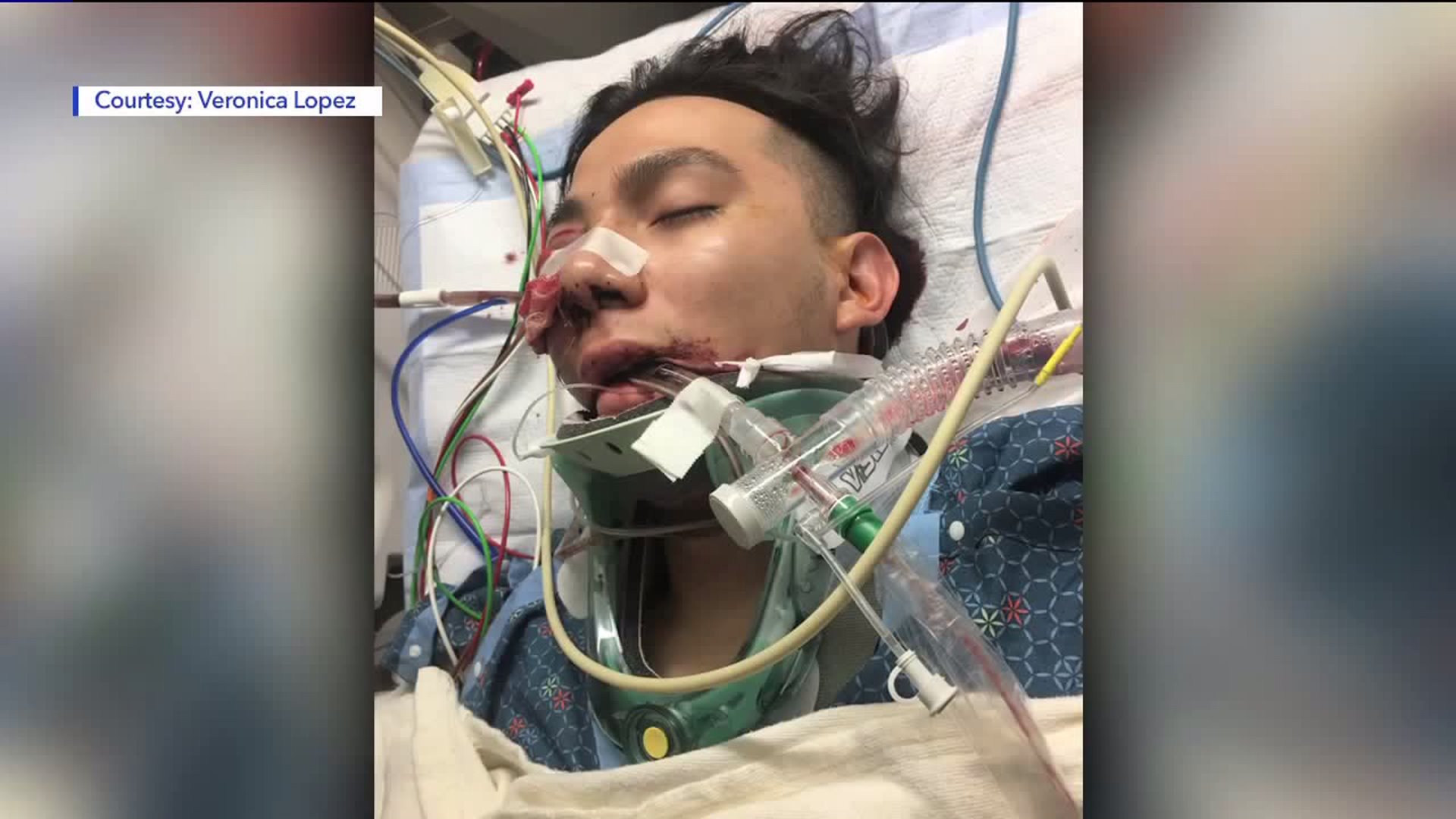 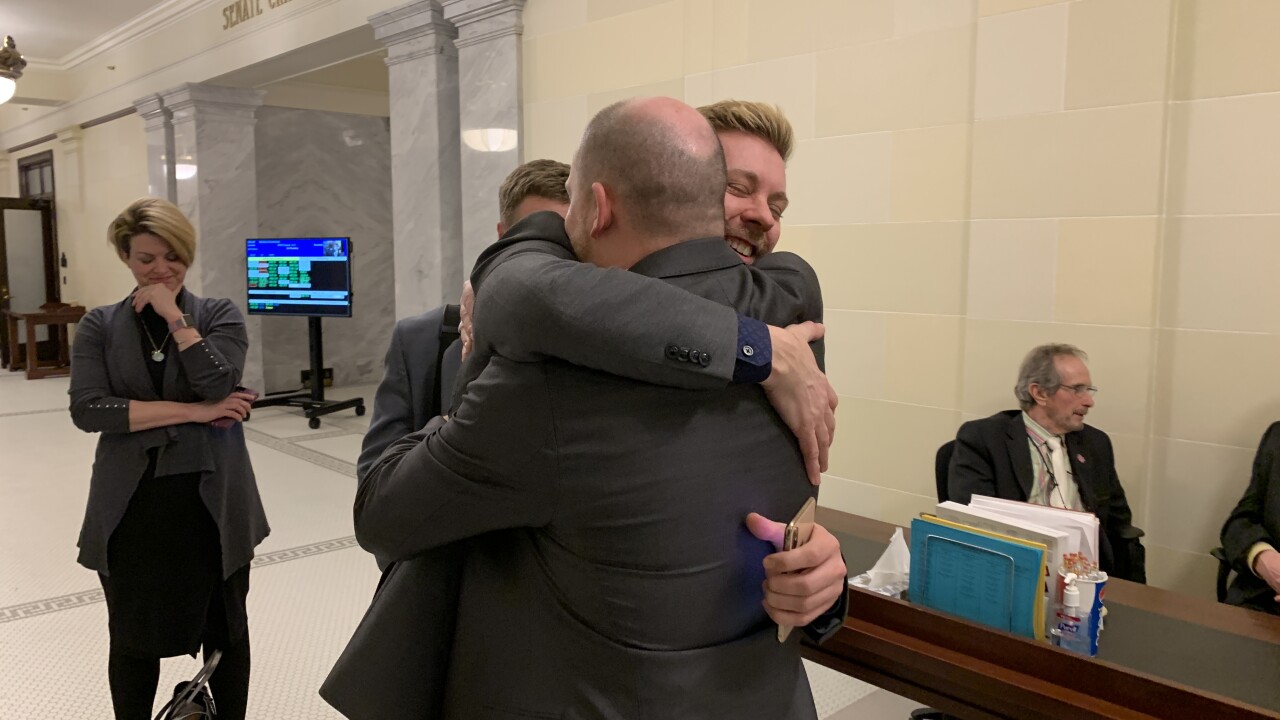 UPDATE: On Wednesday, the Senate cast the final concurrence vote sending the bill to Governor Gary Herbert, who said he would sign it into law.

Senate Bill 103 passed the House on Tuesday night after an emotional debate. It would add a penalty enhancement for targeting people based on things like race, religion, gender, sexual orientation or gender identity. The bill was modified to appease opponents by adding things like age, matriculation, family status,  homelessness and now, "political expression."

"We need to extend protection to a little African-American girl that gets beat up not because they want to keep her out of school, but because of the color of her skin," said Rep. Lee Perry, R-Perry, who choked back tears as he argued for the bill.

The bill was modified to include political expression in a floor amendment, at the request of Rep. Norm Thurston, R-Provo.

"We live in an increasingly divided country," he said, arguing that people are now being targeted for political beliefs.

The bill triggered an emotional debate in the House. Rep. Karianne Lisonbee, R-Clearfield, who has faced intense criticism for her stance on an LGBTQ conversion therapy bill, sobbed as she argued she is a victim for her political beliefs.

"As many of you know, I have been targeted," she cried. "I have had hateful things said about me. I have experienced death threats."

Rep. Angela Romero, D-Salt Lake City, countered that someone being targeted for their race is not the same thing.

"These are the experiences that many of my constituents have every day. They live in fear of who they are," she said.

Some conservative voices in the House changed their stances. Rep. Merrill Nelson, R-Grantsville, said he supported the bill and its long list of protected categories.

"I have to conclude that rather than complain about not being included, we should all give thanks we’re not included," he said.

Some lawmakers shared personal stories of attacks on their communities, or them personally. Rep. Karen Kwan, D-Taylorsville, spoke of her family members being told to "go back to China." Rep. Sandra Hollins, D-Salt Lake City, said her car was torched and argued that some lawmakers were ignorant to hate crimes increasing.

"It’s happening in your district. A lot of you think this isn’t happening in my district to people of color or people in the LGBTQ community," she said. "Let me tell you, it is happening."

But some argued the bill policed thought or didn't protect enough people.

"I am not in favor of this bill and I frankly hope that it fails and we can take on a different type of narrative," said Rep. Mark Strong, R-Bluffdale.

"I’m just overwhelmed with emotion! This is huge!" Troy Williams of the LGBTQ rights group Equality Utah told FOX 13 after the vote.

Because there was an amendment, it needs a procedural vote in the Senate, but its sponsor, Sen. Daniel Thatcher, R-West Valley City, said he expected his colleagues would support it. Then the bill goes to Governor Gary Herbert who has indicated support for the bill.

"Governor Herbert appreciates the great work of the legislature in passing this important piece of legislation, which will serve as a powerful tool in providing critical protections to marginalized groups and persons. He looks forward to it landing on his desk and signing it into law," his office said in a statement.

Outside the Senate chamber, Williams and Sen. Thatcher hugged at the bill's success.

"I didn’t know it was going to be this hard when I started. I just knew it was the right thing to do!" Sen. Thatcher said.

The bill has faced a long path in the Utah State Legislature. For years, it was never considered, and it was in doubt this year.

The bill had support from a number of prosecutorial groups, police chiefs and sheriffs, cities and religious organizations including the Evangelical Lutheran Church and the Catholic Diocese of Salt Lake City. The Church of Jesus Christ of Latter-day Saints, a powerful influence on Capitol Hill, previously told FOX 13 it would not oppose the bill, even with the inclusion of LGBTQ people in the protected categories (a past sticking point).