Teacher apologizes for Ash Wednesday mishap, family not buying it 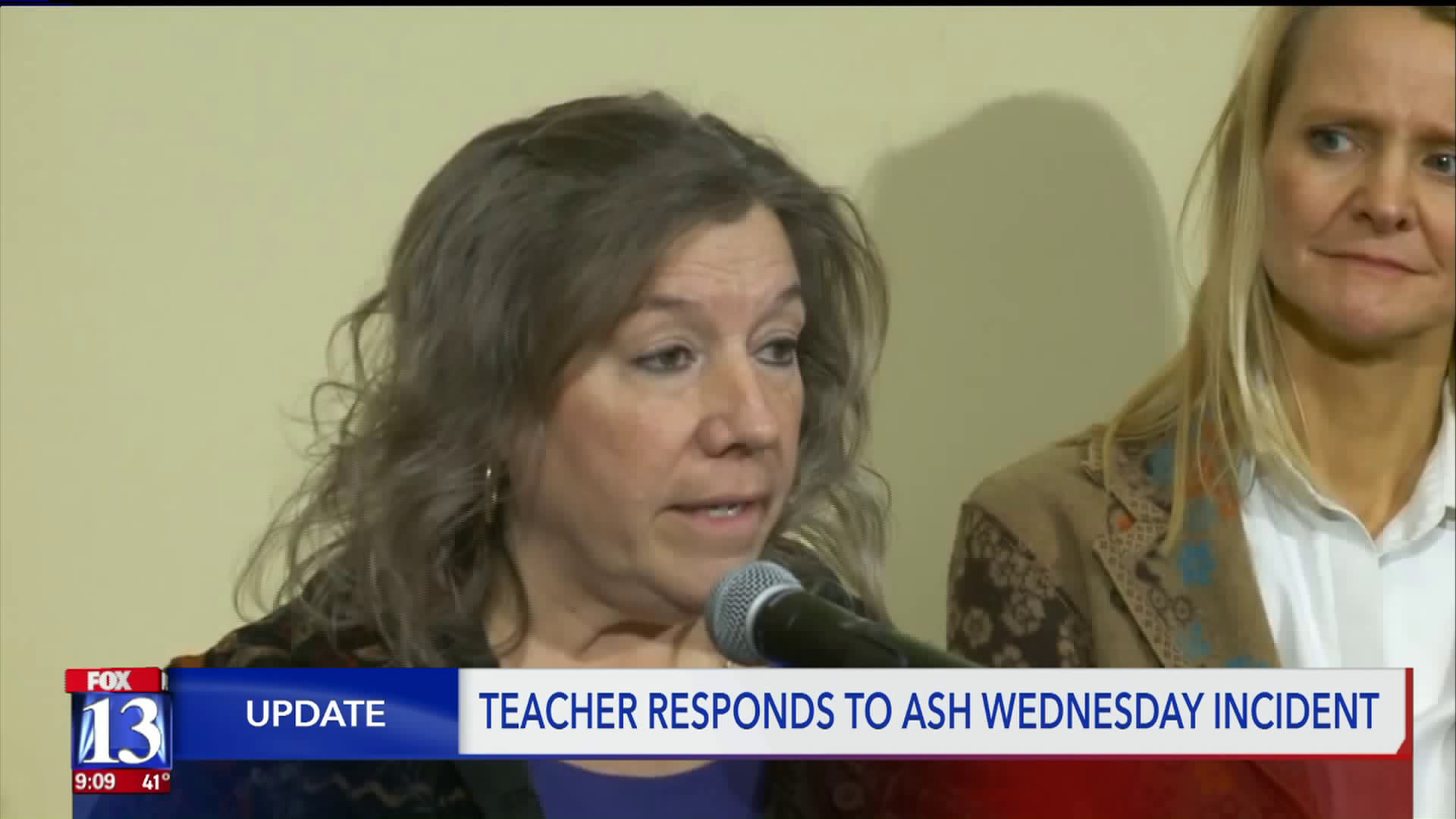 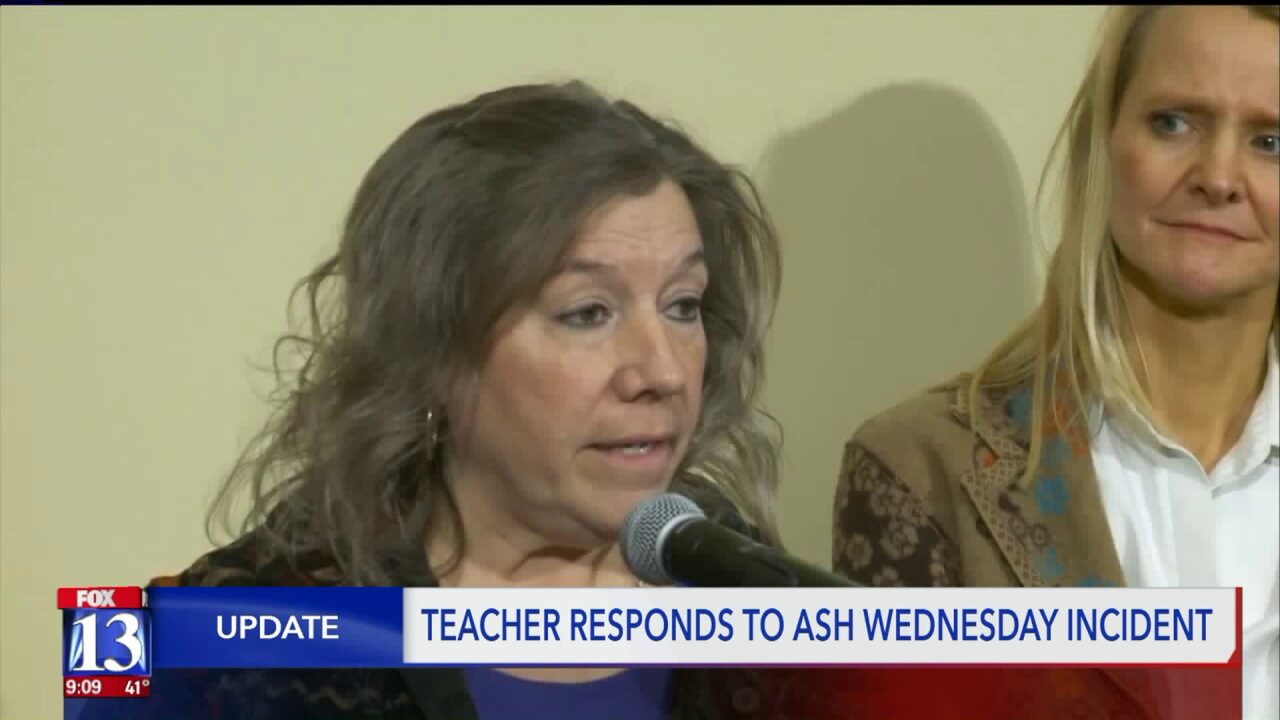 SALT LAKE CITY — A Davis County teacher who forced a fourth-grade student to remove an Ash Wednesday cross from his forehead is sharing her side of the story.

Moana Patterson is currently on administrative leave from Valley View Elementary as the incident is investigated by the Davis School District. She delivered a prepared statement inside the Utah State Capitol.

“A student came into my classroom with what appeared to be dirt on his forehead,” Patterson said. “I gave him a wet wipe to clean it off. I had no idea it was a religious symbol.”

Her comments lasted for about 49 seconds. She said she apologized to the student, William McLeod and his family.

“My entire life has been centered around respecting diversity. I would never, ever intentionally disrespect any religion or any sacred symbol,” Patterson said.

Patterson spoke at a press conference organized by State Senator Todd Weiler who represents the district where the school is located. She did not field any questions.

“I’m sorry but this is still an open investigation and she’s still being investigated, so there will be no questions,” said Kimberly Fadden, a parent who spoke at the press conference in Patterson’s defense.

Patterson’s comments upset the family of McLeod. When he was interviewed by FOX13 last week, he said he informed the teacher about the significance of the cross.

“The teacher walked over and said, ‘what is that?’ and I was like, ‘it’s Ash Wednesday and I’m Catholic. It’s the first day of Lent,’ and she was like, ‘no, its inappropriate, go take it off,’” McLeod said on Wednesday.

When reached by phone, McLeod’s father Gary said he was disappointed by the teacher’s remarks and he isn’t sure how the school district should resolve the issue.

The family declined an invitation to attend the press conference.

Dozens of parents and students showed up in support of the teacher, demanding their teacher be allowed back in the classroom.

“We reach a swift resolution which will result in Mrs. Patterson being reinstated in her classroom this week,” Fadden said. “We need to have this diffused. There is a responsibility to the teacher and the community to diffuse this situation rather than add fuel to the fire.”

The Davis School District did not have an additional comment.

The class and the community are now waiting for a resolution to what has been a deeply divisive issue.

“It was a total misunderstanding. I hope that we can move forward and build understanding together,” Patterson said.