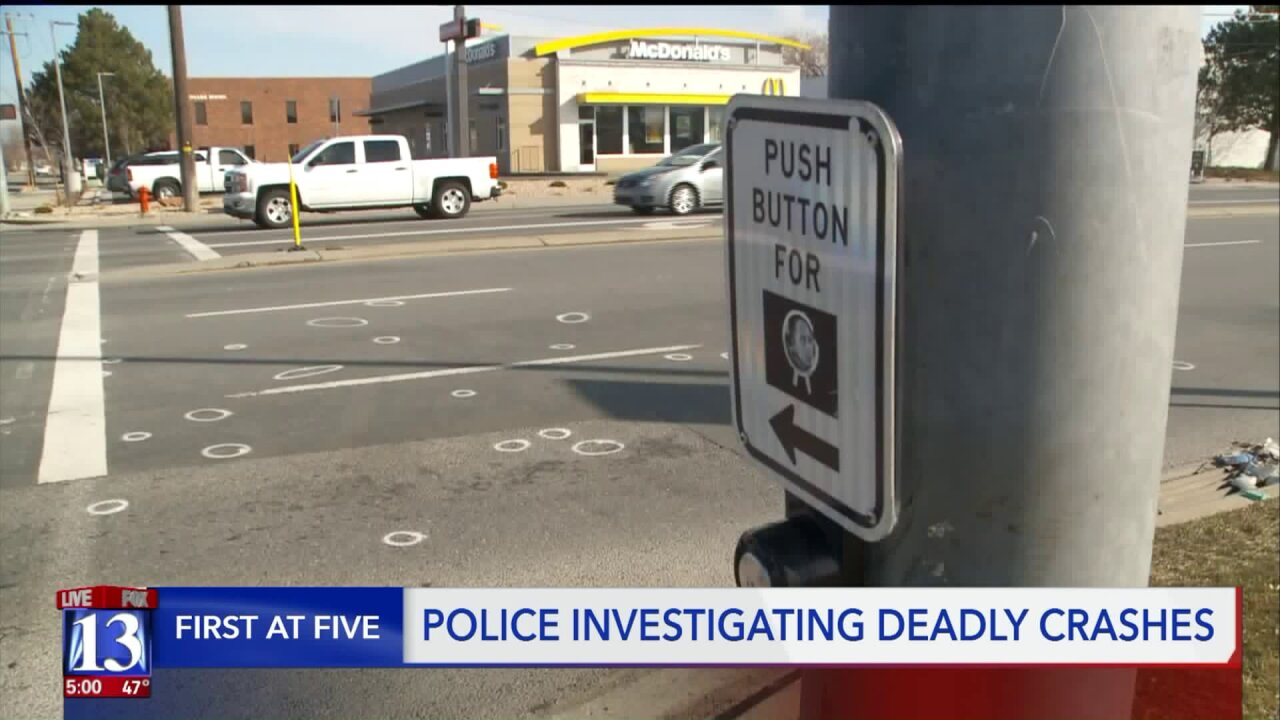 Police said it was very dark Saturday night near Main Street and 3300 South when a Chevy Trailblazer careened through the intersection, hit two men and drove off.

Investigators believe the two men had the right-of-way but didn’t get across 3300 South before the light turned green. One man was killed and the other remains in critical condition as of Monday afternoon.

“It was just an initial shock,” said a witness who wanted to be referred to as Clark. “All of their personal belongings were all over the street. The one guy was moving his hand but the other guy wasn’t moving and everybody else just came up.”

The deadly crash came hours after another man was killed a couple blocks away on 3300 South. Nearby, another man was hit in a minor crash witnessed by a South Salt Lake Police officer. He was not seriously hurt.

Keller said the danger comes from the location on 3300 South – there is an I-15 interchange, a TRAX station and heavy traffic on the street, which is a major thoroughfare through town.

Craig Mills, who walks the route every day, said, “There’s just lots and lots of traffic. That’s pretty much the big factor right there.”

Police warned pedestrians to be extra cautious when stepping into traffic, make eye contact with drivers and wear bright or reflective clothing. Drivers, too, need to be watchful.

Police are searching for the driver of the crash who drove off after hitting two men.

As for safety, police talked with UDOT about replacing bulbs in the street lights near the crashes to offer more visibility for both drivers and pedestrians.