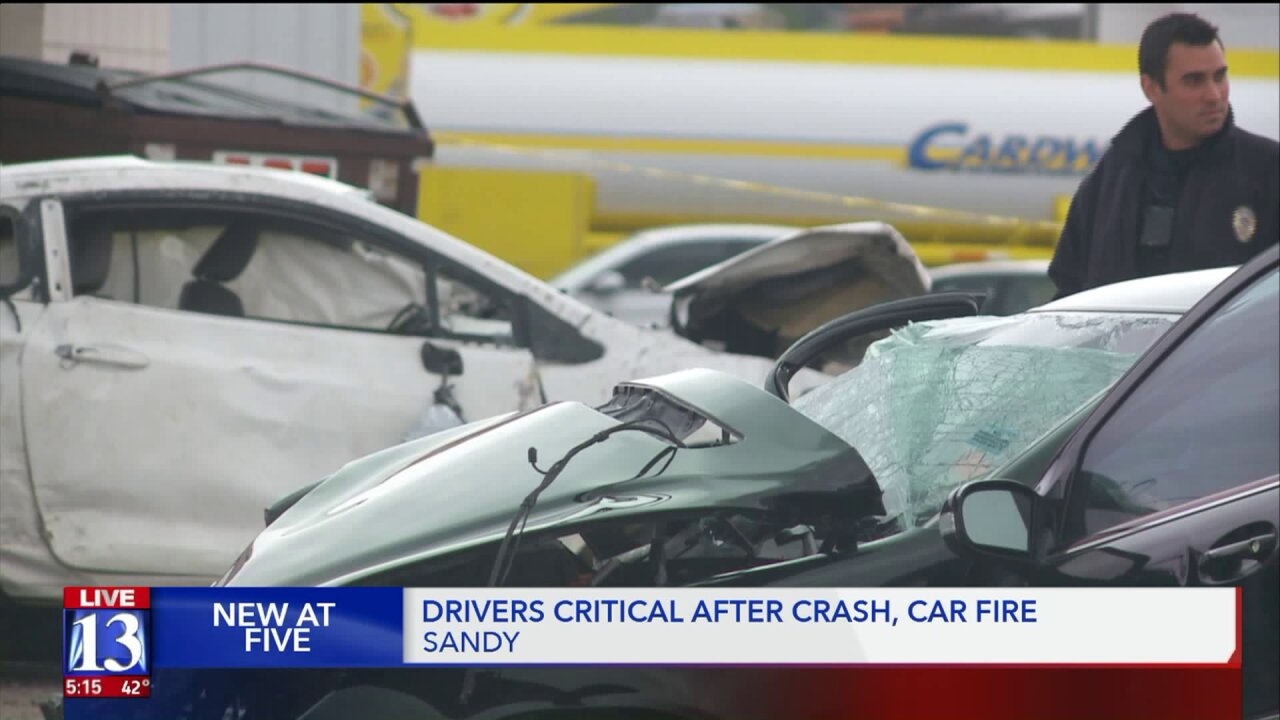 MIDVALE, Utah -- Two men were injured in a violent crash in Midvale Sunday.

The accident took place around 2 p.m. near 8000 South State Street in Midvale.

According to Detective Kevin Mallory with the Unified Police Department, the driver of a Honda Civic was driving on State Street at an excessive speed.

"It is a very major crash we've had a lot of witnesses,  a lot of people stop to provide information for us and we're just piecing all that together right now," Detective Mallory said.

The Honda hit a Mercedes-Benz that was making a left hand turn.

The driver of the Honda was ejected, Mallory said, and the car caught fire.

It crashed into a local business, Central Glass, and continued to burn for a short time.

Both men were taken to a hospital in critical condition.

Detective Mallory said there is evidence the driver of the Honda may be impaired by alcohol.