Pair arrested in St. George with over 50 stolen credit cards on the floor of their car 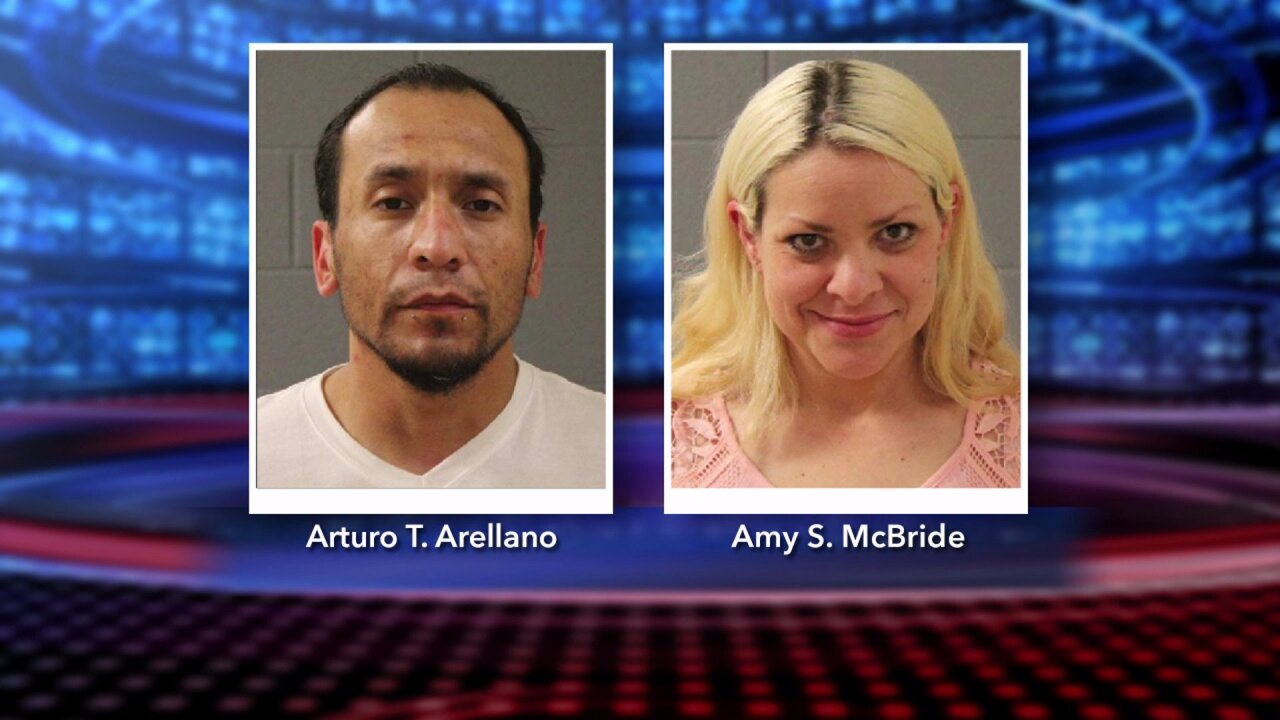 Arturo Arellano and Amy McBride arrested on suspicion of stealing credit cars and packages from porches in St. George.

ST. GEORGE, Utah — St. George Police arrested a man and woman who may be linked to multiple mail thefts and burglaries.

Arturo Arellano and Amy McBride arrested on suspicion of stealing credit cars and packages from porches in St. George.

An investigation led police to 28-year-old Arturo T. Arellano and 37-year-old Amy S. McBride in a car parked in a business parking lot.

The St. George News reports officers saw finance cards on the floorboard of the vehicle.

A search of the car turned up over 50 stolen credit cards and mail addressed to addresses throughout St. George.

Investigators checked on one of the cards and learned it was reported stolen in a purse theft.

The two were in a Chevrolet Equinox that matched the description of a vehicle involved in the theft of packages from porches.

After one of those porch thefts happened on Feb. 7, police posted security camera video of a suspect online, and received a tip it could be Arellano.

Police were not able to track him down or find a current address.

When he was arrested in the stolen credit card case, investigators asked him about the porch thefts.

Arellano said he wasn’t in St. George at the time, and requested an attorney.