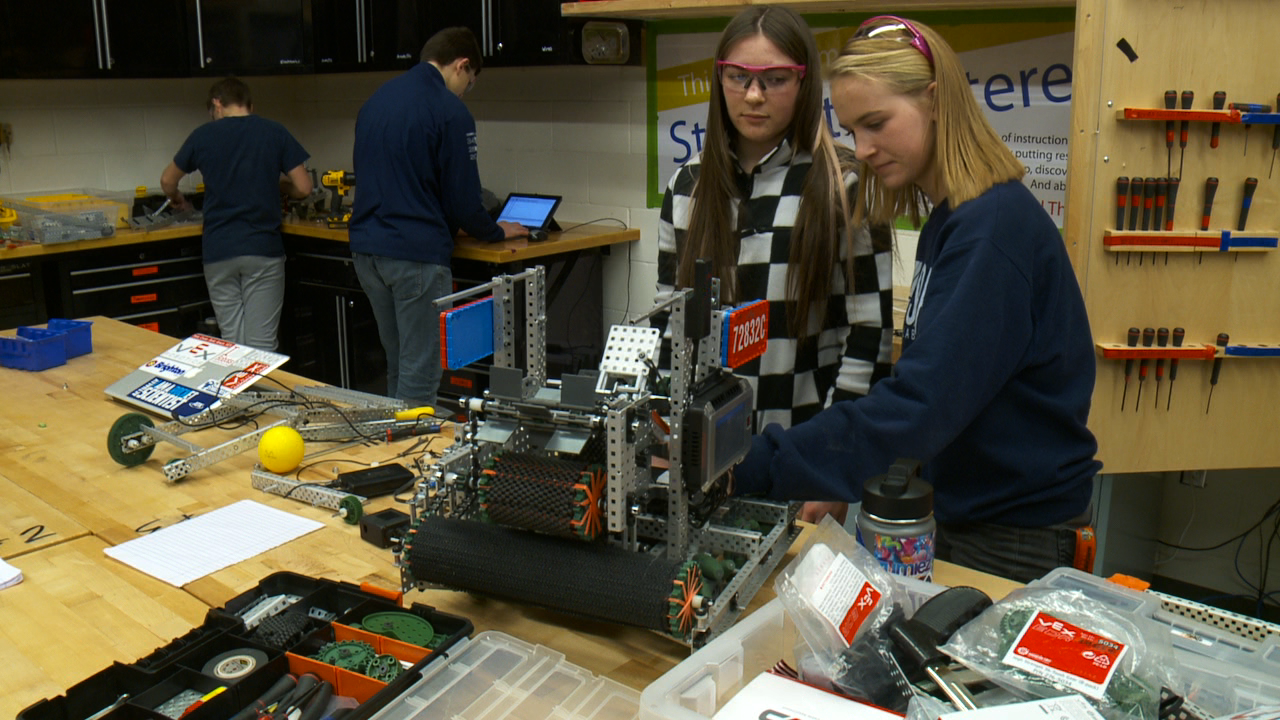 LEHI, Utah — A Lehi robotics team is headed to a world championship, and two Utah sisters have quite a story of beating all odds on their journey to the top.

It may not look like your typical school sport, but robotics has all the components of one. Mechanical athletes on a "field" throw balls at a target, in fierce competition.

"There's a game with it," explained Skyridge junior Michael Jones. "It's so fun."

He and several other teen boys spend every afternoon perfecting their bots, tinkering away for their next competition.

Right now, it's all about getting ready for the world championship, after one of their two-person teams took first place in the state competition.

Though, it's not the boys who are going to compete.

They're going to support the champs: Meredith and Macy Green.

"I don't think we expected to win the finals match," said Meredith, a Skyridge High senior.

She and Macy are first-timers this year, and also sisters.

Meredith said she joined the club "for the heck of it," after she took a couple of robotics classes in school.

Macy, a freshman, said she joined because Meredith asked her, and for the "cool opportunity to create something, to do something incredible."

The girls didn't do so well in their first competition.

"We ended up being, like, I think very last place," Meredith said.

The duo kept working, which wasn't always easy for sisters who bicker as siblings will do.

"All through the first competitions, we were just like yelling at each other," Macy said. "We'd, like, make each other really annoyed and mad."

Through each competition, the two grew stronger and learned lessons along the way.

"We should be focusing on working together," Macy said.

They also focused on building better bots, until they came up with the one that took first place in the state championship.

Now, the girl power pair is ready to head to the world competition in Louisville in April, to show the boys how it's done.

"Not proving them wrong, but proving to everyone else that we can do it," Macy said, adding, "And do it just as well, if not better."