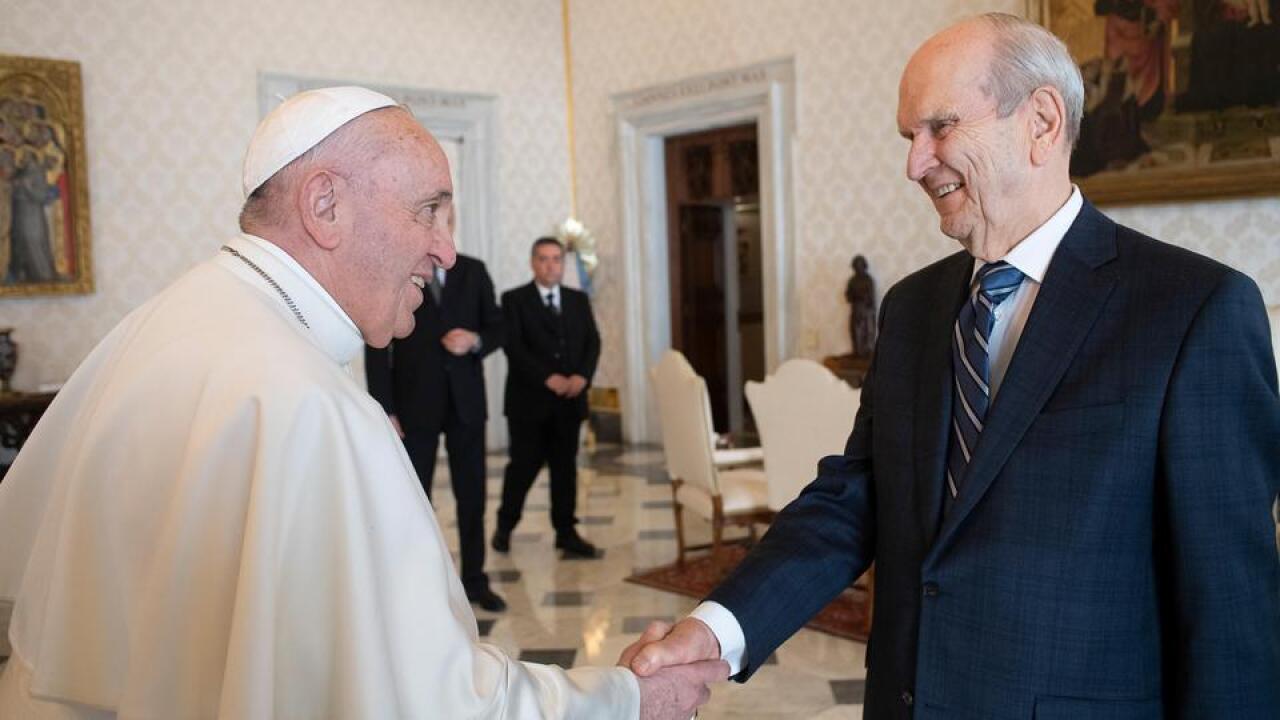 © PHOTO COURTESY OF THE VATICAN.

VATICAN CITY – Russell M. Nelson became the first president of The Church of Jesus Christ of Latter-day Saints to meet with a pope, according to a news release from the church.

The historic meeting between Nelson and Pope Francis occurred inside the Vatican one day before Nelson will dedicate the LDS church’s first temple in Rome.

“We had a most cordial, unforgettable experience. His Holiness, he was most gracious and warm and welcoming,” said President Nelson, according to the news release.  “What a sweet, wonderful man he is, and how fortunate the Catholic people are to have such a gracious, concerned, loving and capable leader.”

Nelson said he and Pope Francis talked about their mutual concern for people suffering throughout the world, religious liberty, the importance of family, the secularization of the world and their mutual desire to encourage the worship of God.

In 2014, Henry B. Eyring of the LDS church’s First Presidency shook hands with Pope Francis during a Vatican summit on marriage. In 2014, Ballard visited Catholic leaders at the Vatican, but did not meet the pope. In 1995, LDS church president Gordon B. Hinckley gave a copy of The Encyclopedia of Mormonism to the Vatican Library.