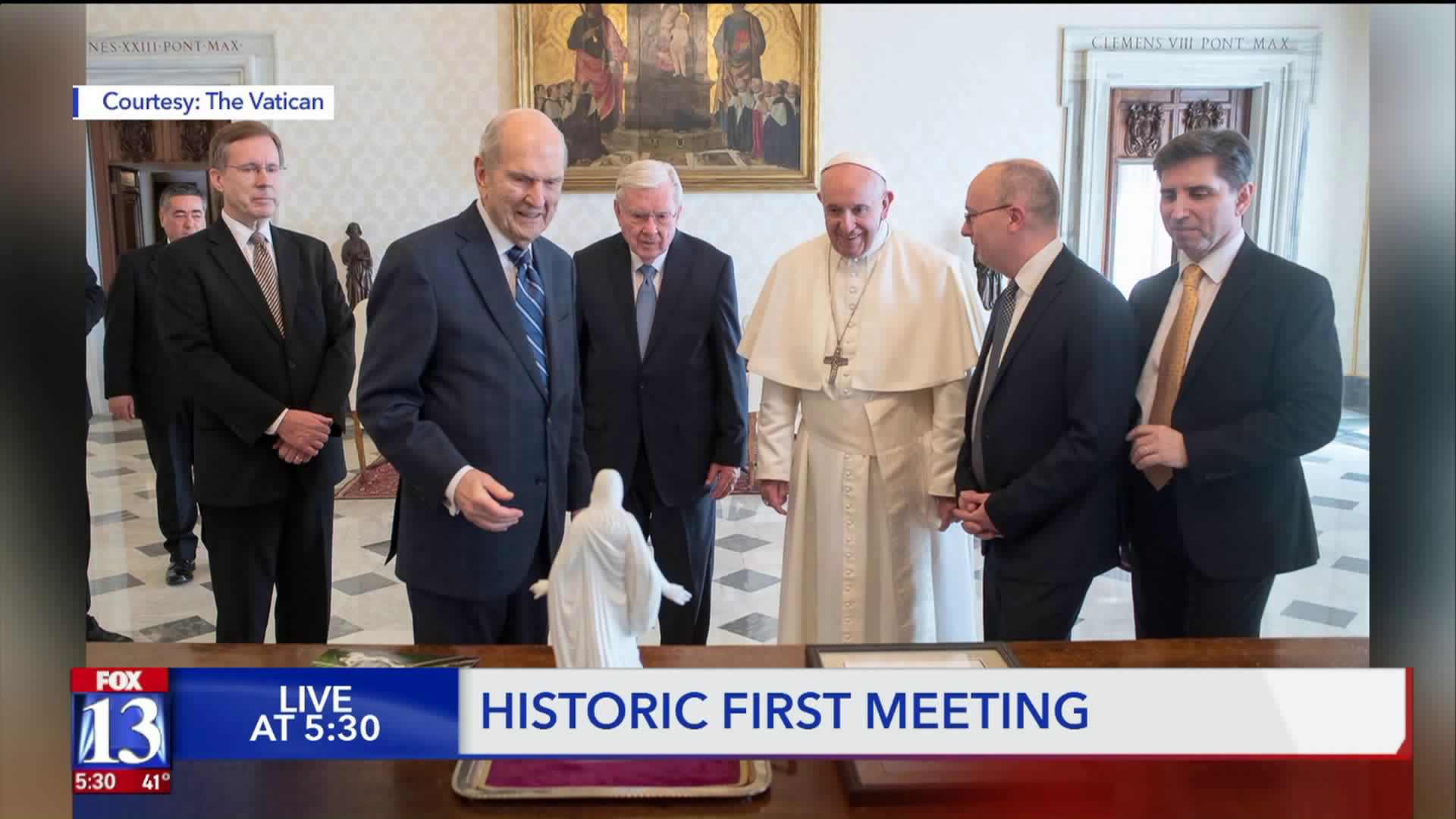 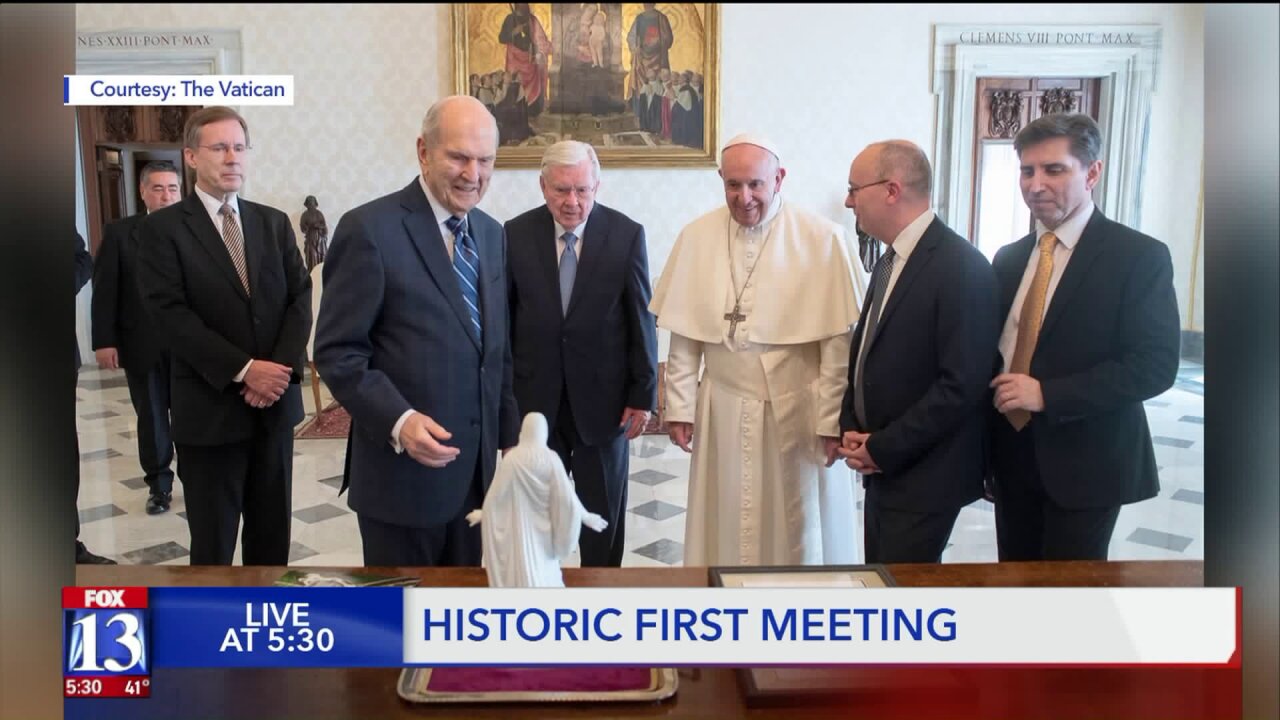 VATICAN CITY -- History was made Saturday at Vatican City as Pope Francis met with President Russell M. Nelson of the Church of Jesus Christ of Latter-day Saints.

It was the first time any Pope has met with any prophet of the LDS Church.

President Nelson said his meeting with the Pontiff was very good.

While this was the first face-to-face meeting of leaders of both faiths, the two churches have worked together on projects all over the world.

"We've had projects with Catholic religious services all over the world, in over 43 countries," M. Russell Ballard, President of the Quorum of the 12 Apostles said.

The leaders exchanged gifts. President Nelson gave the Pope a Christus statue and the Pope gave Nelson a copy of his Declaration of the Family.

"The moment when President Nelson actually embraced the Pope and they gave each other a hug as we left was everything," President Ballard said.

"What a sweet, wonderful man he is," President Nelson added. "How fortunate are people to have such a gracious, concerned and loving, capable leader."

The Latter-day Saint leaders are in Rome for Sunday's dedication of the new temple there.