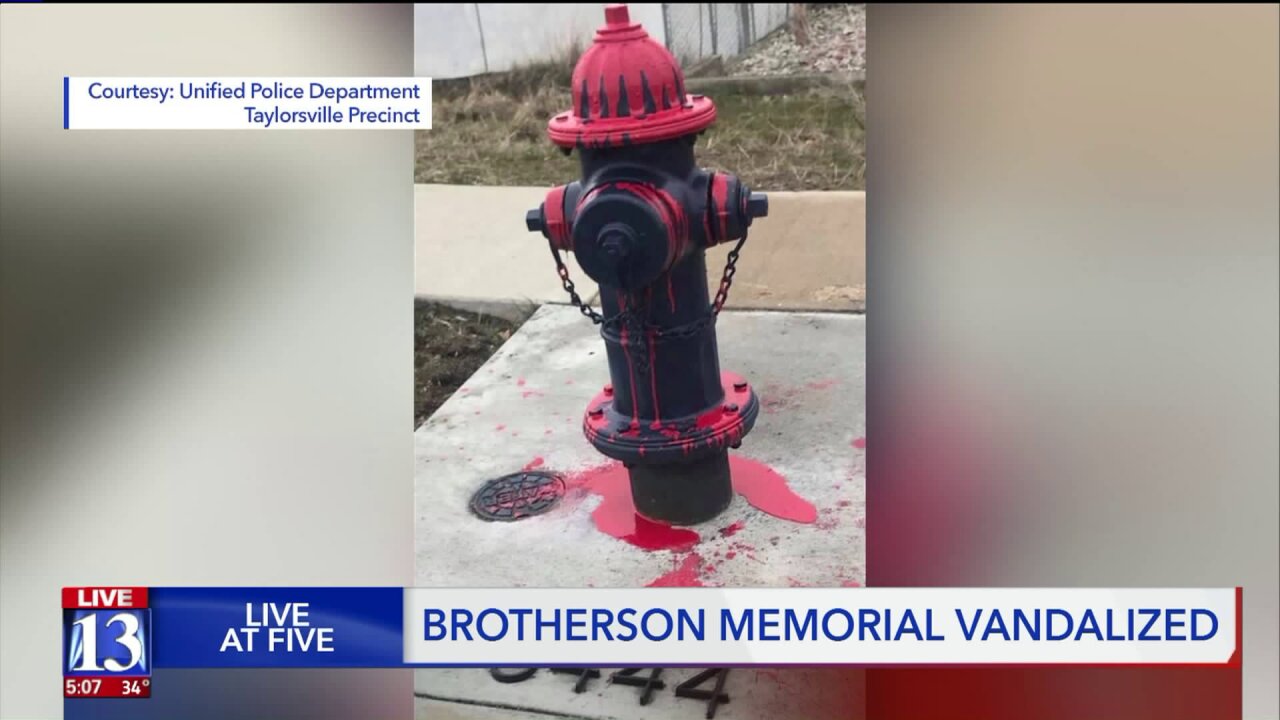 WEST VALLEY CITY, Utah — West Valley City police are investigating after a memorial for one of their officers killed on duty was vandalized.

Friday morning a symbol of the ultimate sacrifice was plastered with red and black paint, according to West Valley City Police Lt. M.T. Johnson.

“There are certain places out there that can trigger certain emotions and that's certainly one of those places that can do that,” Johnson said.

The harsh red and black spray paint covered up the blue that fellow officers painted on a fire hydrant to honor officer Cody Brotherson.

“I was actually a sergeant on the road when Cody was first hired,” Johnson said.

Brotherson was just 25-years-old when he was hit and killed by three teen suspects running from police in a stolen car. He was attempting to put down tire spikes when he was hit. The suspects, ages 14, 15, and 16, will be in juvenile detention until they turn 21.

“Cody was a great kid to work with and so it’s nice having that memorial to be able to pass by from time to time and remember the sacrifice that he made for us,” Johnson said.

After the Brotherson family and the West Valley City police department expressed frustration that the teen suspects weren't tried as adults this vandalism feels like a second slap in the face.

“It's where he sacrificed his life in service of the community and it's a memoriam to him and someone has gone out and vandalized it,” Johnson said.

At this point, police have no leads, but they're extra determined to solve this crime because to the West Valley City police department, it's personal.

If you have any information, please call West Valley City Police.