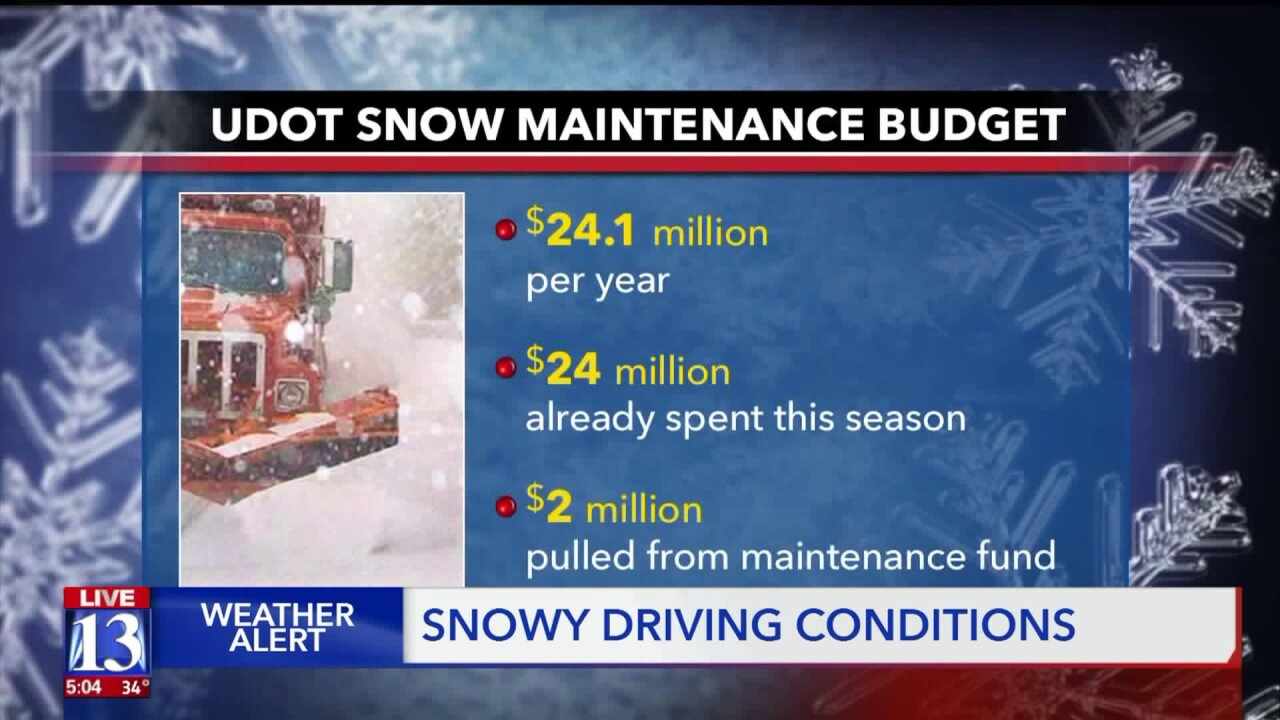 The winter blast is estimated to cost $1million to maintain roads. As of Friday morning, there was just $100,000 left in the state snow budget.

“A car got in front of me and started sliding and I started sliding as well and we just crashed into each other,” Laycee Houghton said.
A tow truck took Houghton’s SUV out of Provo Canyon Friday afternoon.

“When the impact happened, the glass shattered and came over all my hair. It was a little traumatic,” Houghton said.

The SUV is damaged but she didn’t get hurt.

“It costs a lot of money to do that,” UDOT Spokesperson Zach Whitney said.

Before Friday, the state spent $24 million on snow maintenance.

Money to pay for the storm will be pulled from a $2 million maintenance fund, according to Whitney.

“Bottom line is, nobody needs to worry about the roads not being plowed. It’s something we make work,” Whitney said.

“I just hope we can keep the roads clear and keep everyone safe,” Houghton said.