Utah cousins start petition for state to recognize their marriage 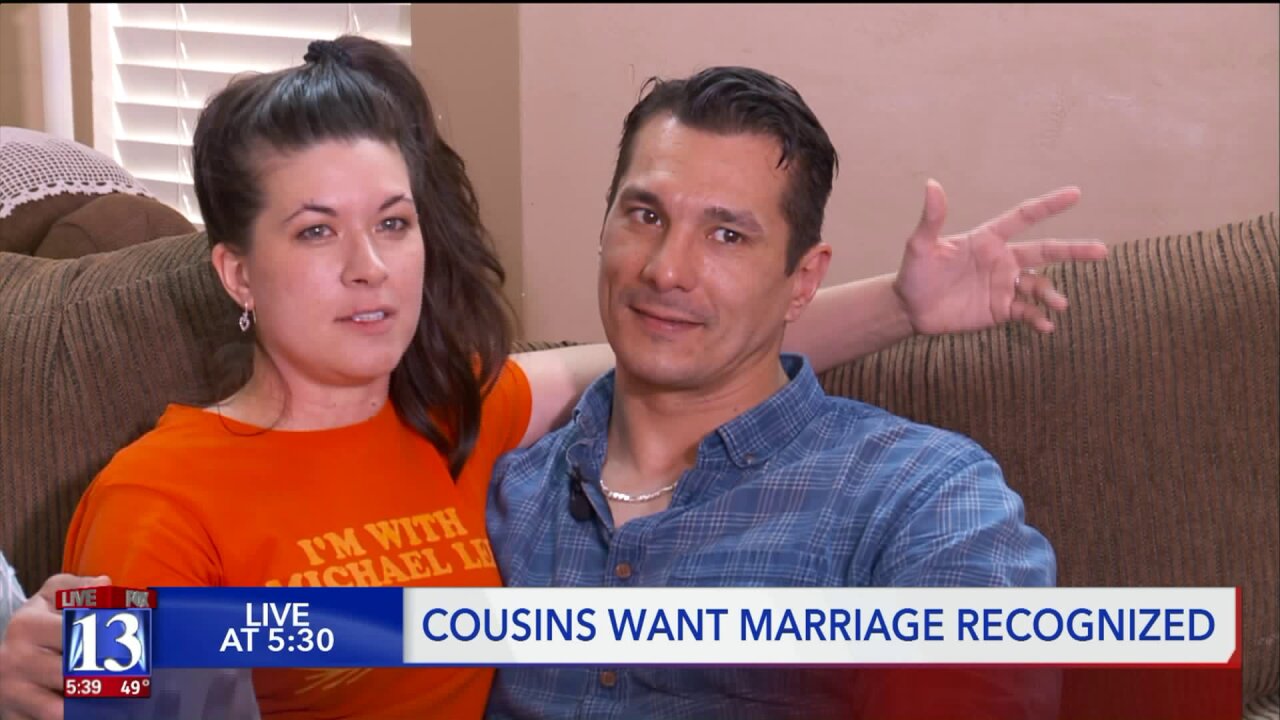 SALT LAKE CITY — Utah couple, Angie Peang and Michael Lee, have started a petition so they can get married. Right now, the law says they can't because they're first cousins.

“Growing up I put it out of my mind that we'd ever be together,” said Peang.

Peang and Lee remember having feelings for each other as early as second grade.

“We would always run off together and we got caught kissing a few times. I used to tell her I loved her all the time,” said Lee.

As first cousins, they did their best to ignore their feelings.

“I remember seeing her again when we were both married, and it was very bothersome to me, seeing her with her husband and things like that,” said Lee.

They both ended up divorced and saw each other at a family holiday party in January.

“As soon as she walked in the room I could see the way she looked at me again and I knew things had not changed,” said Lee.

After years of resisting, they finally gave in to temptation and told their family soon after.

“Mom, I need to talk to you about something. Already she knows something's up. I said me and Angie have feelings for each other and she just sat down and said wow,” said Lee.

Peang was nervous to tell her father, whose sister is Lee's mother.

“He has recently come around to be supportive when he found out that one of the past LDS prophets married his cousin. That was Joseph Fielding Smith,” said Peang.

While their immediate family has been relatively supportive, their extended family has not.

“Some of are even saying stuff like that's wrong. This isn't the place. We don't support it. We don't understand,” said Lee.

“There's a family image of conservative Mormon and this is very unconventional,” said Peang.

However, they're determined to be together, traveling to Colorado this week to officially tie the knot and they've started a petition here in Utah, hoping to make their forbidden love legal.

“We're not the only ones but it's still is very rare,” said Peang.

Peang said most of the people who have signed the petition thus far, are not native Utahns, but this couple is just happy to be together and proud to be the face of an unconventional type of love.

You can view their petition here: https://www.thepetitionsite.com/954/693/035/allow-first-cousins-to-marry-in-utah/