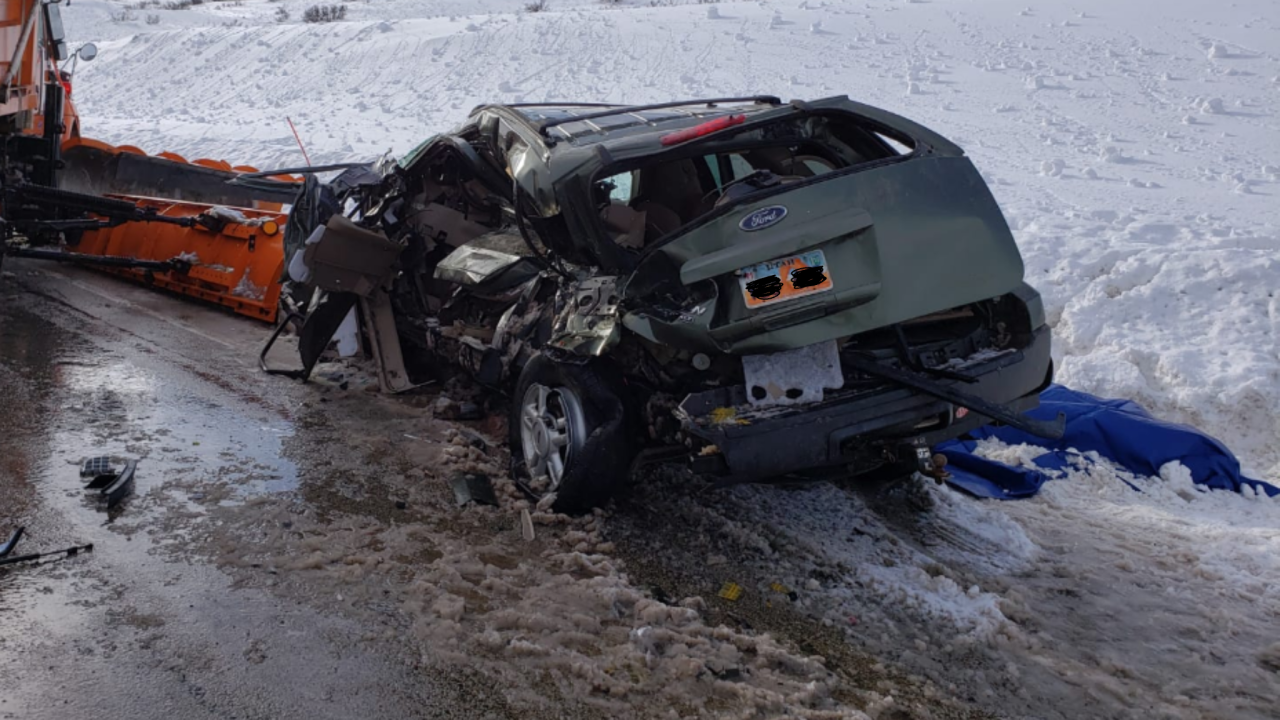 Two people were killed after a crash involving an SUV and a snowplow on US 40 Wednesday, and troopers believe speed, bad tires and winter conditions were contributing factors.

The Utah Highway Patrol states the crash occurred around 3:15 p.m. on US 40 near mile marker 52, which is one mile east of the Soldier Creek Turn.

Troopers state the road was snowy and icy in the area as Esteban Rivas-Dimas, of Roosevelt, was driving eastbound in a Ford Expedition. The man lost control of the vehicle, slid sideways into oncoming traffic, and struck the front portion of a Utah Department of Transportation snowplow traveling westbound.

Dimas and the left-rear passenger, Pascual Navarro of Mexico, were both killed on impact. Two other passengers were taken to hospitals with injuries not considered life-threatening.

The driver of the snow plow also suffered injuries not considered life-threatening and was taken to a hospital.

UHP states speed and the winter weather were factors, as well as equipment issues.

“The front tires of the Expedition were sufficient, however the rear tires were largely bald and in an unsafe condition,” the press release states.