Anti-vaxers’ adult son got measles; now he has a message for the world 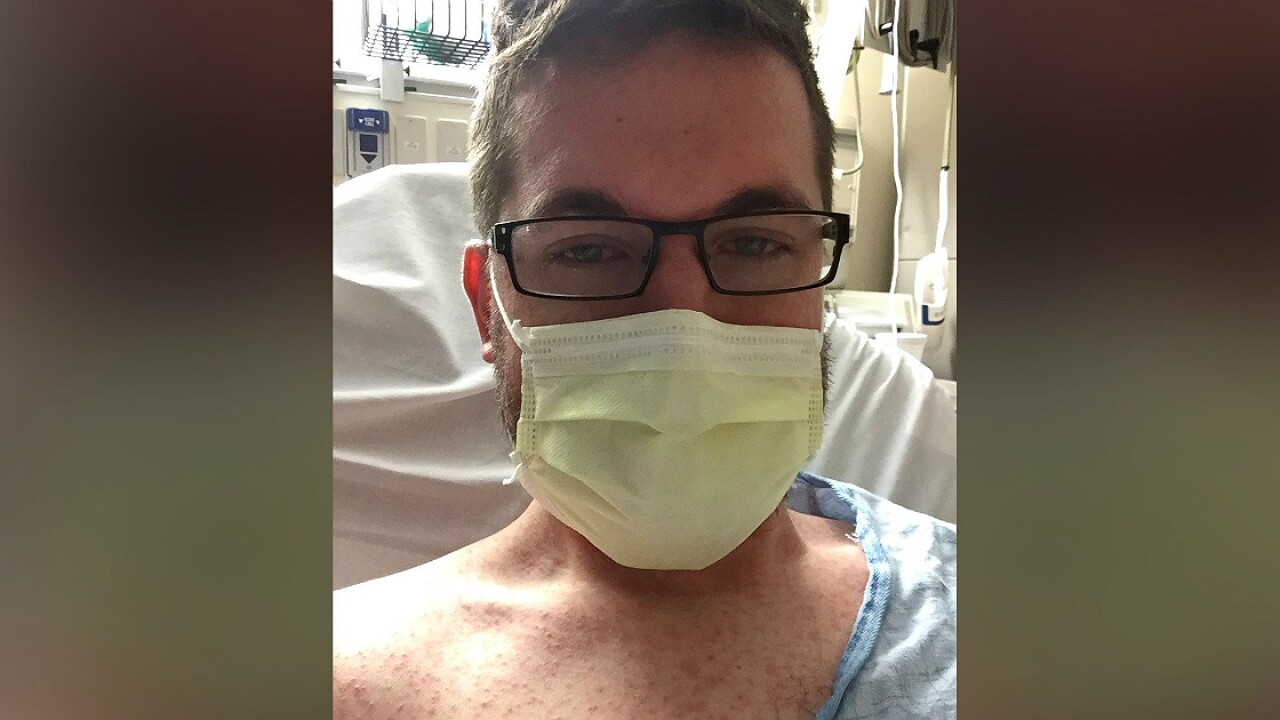 CHICAGO – Three years ago, Joshua Nerius, a 30-year-old software product manager in Chicago, developed a high fever and a rash. Doctors prescribed antibiotics, but Nerius just got sicker and sicker.

Joshua went to the emergency room, where a doctor said it looked a lot like the measles. Had he been vaccinated as a child?

Nerius texted the question to his mother. She sent back a thumbs-down emoji.

His next stop was an isolation room at Northwestern Memorial Hospital.

Nerius became so weak that at one point, he couldn’t walk without assistance. He lost 25 pounds. It took months to fully recover.

He thinks about the current measles outbreak, which started in Washington state, where dozens of children have suffered because their parents chose not to vaccinate them.

He knows that their suffering – and his own three years ago – could have been avoided.

“It makes me so angry. My parents thought they were doing the right thing. They were persuaded by the anti-vaxers,” he said.

Nerius is something of a unicorn: a living adult who experienced measles recently and can describe what it feels like.

It’s easy to forget how sick people get from measles or how it killed 400 to 500 people in the United States each year before the vaccine came into use in 1963, according to the US Centers for Disease Control and Prevention.

“Measles is out of sight and out of mind, so we think it’s no big deal, as Bill Shine’s wife has said,” said Dr. Paul Offit, director of the Vaccine Education Center at the Children’s Hospital of Philadelphia.

Offit was referring to comments last month by Darla Shine, wife of the White House communications chief, who tweeted that she wished her children had had measles like she did as a girl.

“Bring back our #ChildhoodDiseases they keep you healthy,” she wrote.

Offit, a professor of pediatrics at the Perelman School of Medicine at the University of Pennsylvania, thinks Shine might change her mind if she’d seen the children he cared for in 1991 during a measles outbreak in Philadelphia.

“They were absolutely miserable,” he remembers. “And occasionally, they were dead.”

“They were absolutely miserable. And occasionally, they were dead.”

Nine children died in that outbreak, according to the Philadelphia Department of Public Health.

Offit can’t understand why Shine and other anti-vaxers would prefer dead children over vaccinated children.

“When Darla Shine talks about how great it was that she had measles as a child, what she forgets to mention is that she gets to tell her story because she’s alive. The ones who died – we don’t hear from them,” he said.

Nerius remembers the scariest part of his bout with measles.

He contracted the disease in May 2016, at his sister’s graduation from that Northern Illinois University College of Business. The Illinois Department of Health later determined that a guest who had traveled to the graduation from outside the United States had the measles, which is highly contagious.

“I didn’t interact with anyone at that graduation besides my own family, so it was literally just me walking by someone,” he said.

He says the scariest part is that the day after his sister’s graduation, before he knew that he’d been infected, he attended a technology convention in Las Vegas with thousands of other people.

“I was shaking hands with hundreds of people a day. I wasn’t contagious yet, but it’s sobering to think if the timing had been just slightly different, how many people I could have infected,” he said.

Nerius doesn’t blame his parents for not vaccinating him. He says they were believers in alternative medicine, and in the 1980s, there was no Internet where they could double-check what they were being told by anti-vaxers.

But today’s parents have no excuse, he says. They can go to the American Academy of Pediatrics or a multitude of other sites to learn that vaccines are safe and keep children healthy.

“The science on this has been settled. It’s been solved. When I look at where we are today, with people who are willfully deciding to ignore the facts, it really frustrates me,” Nerius said. “I just don’t understand the mindset of people who want to spread fear.”