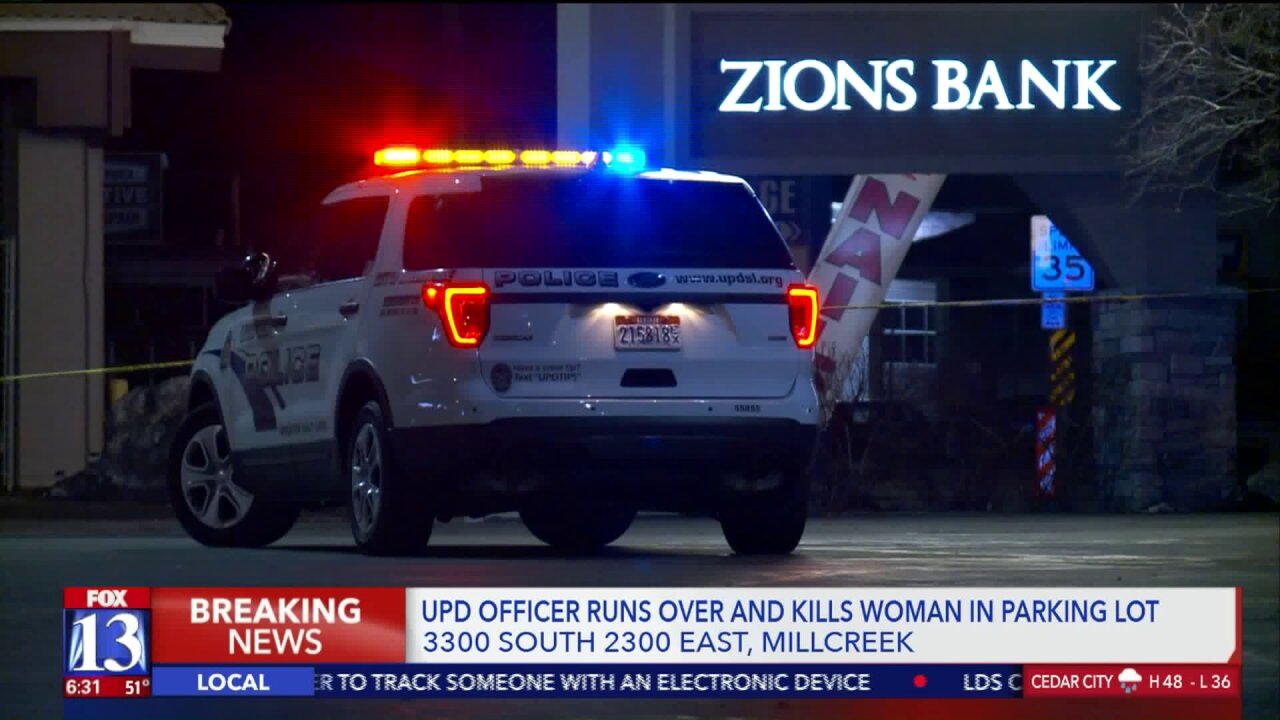 MILLCREEK, Utah -- A woman is dead after a police officer searching a parking lot for her ran over her with a vehicle late Tuesday night.

The incident occurred in a parking lot near 3300 South and 2300 East in Millcreek shortly before midnight.

Det. Ken Hansen said as those officers went to look for the woman, one of them inadvertently ran her over. He said the woman was wearing dark clothing when she was struck and the officer did not see here until it was too late.

Police are not yet sure if the woman was killed by the police vehicle, or if she was already deceased when she was run over. A medical examiner will conduct an autopsy to determine the cause and manner of her death.

Her identity has not yet been released and police are still working to notify her next of kin.

"She's a 25-year-old female, we believe she is from Georgia," Hansen said. "There has been previous reports of her camping out in parking lots. So we are looking for the car that she was usually reported being in, or around. We haven't located that yet."

Someone who works in the shopping plaza in that area said a Honda with Georgia license plates was towed out of the parking lot yesterday.

Russ Drury said the vehicle had two flat tires and major damage and said there were sleeping bags and other items inside that made him think someone had been living in the vehicle.

"We just thought it was an abandoned car, so we had it towed," Drury said. "I feel terrible because, like I said, that's probably where she was living. If I would have let her have her house there a little bit longer...." he added, trailing off.

The officer who was behind the wheel is on administrative leave, and an outside agency—Salt Lake City—is investigating. Both are standard procedure for any officer-involved critical incident.